Click below to embark on a 360° tour of Jacob Lawrence: The American Struggle. Just click on the rings to move throughout the space and use your mouse or keyboard to zoom in/out and to look all around.

Jacob Lawrence: The American Struggle is the first museum exhibition of the series of paintings Struggle: From the History of the American People (1954–56) by the best known black American artist of the 20th century, Jacob Lawrence (1917–2000). Created during the modern civil rights era, Lawrence’s thirty intimate panels interpret pivotal moments in the American Revolution and the early decades of the republic between 1770 and 1817 and, as he wrote, “depict the struggles of a people to create a nation and their attempt to build a democracy.”

Reunited for the first time in more than sixty years, the Struggle paintings revive Lawrence's way of reimagining American history as shared history. Utilizing historical fact to underscore universal values, he created a broader narrative of U.S. history by pairing image and text, quoting a range of voices and rendering figures from prominent Founding Fathers to underrepresented historical actors. The paintings of the series, along with works by contemporary artists Derrick Adams, Bethany Collins, and Hank Willis Thomas, resonate with the effortful pursuit of democracy, justice, truth, and inclusion — struggles ongoing around our nation and the world today. The exhibition, organized by PEM, will tour nationally.

Share your impressions with us on social media using #AmericanStruggle.

Jacob Lawrence: The American Struggle is organized by the Peabody Essex Museum. This project is supported in part by the National Endowment for the Arts. To find out more about how National Endowment for the Arts grants impact individuals and communities, visit www.arts.gov. Carolyn and Peter S. Lynch and The Lynch Foundation, Jennifer and Andrew Borggaard, James B. and Mary Lou Hawkes, Kate and Ford O'Neil, Henry and Callie Brauer and Burt Adelman and Lydia Rogers provided generous support. We also recognize the generosity of the East India Marine Associates of the Peabody Essex Museum.

“It’s time to stop thinking of Lawrence as a great African-American artist, and embrace him for the great American artist he was.” 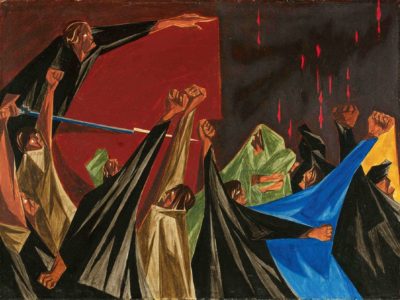 Jacob Lawrence, Panel 1. ...Is Life so dear or peace so sweet as to be purchased at the price of chains and slavery? – Patrick Henry, 1775, 1955. From Struggle Series, 1954–56. Egg tempera on hardboard. Collection of Harvey and Harvey-Ann Ross. © The Jacob and Gwendolyn Lawrence Foundation, Seattle/Artists Rights Society (ARS), New York. Photography by Bob Packert/PEM. 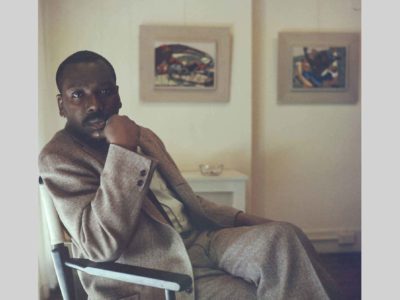 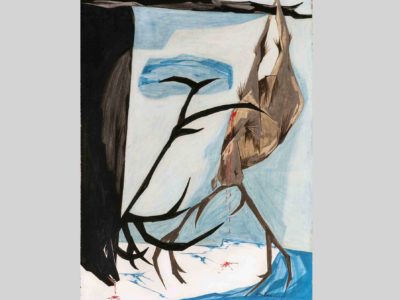 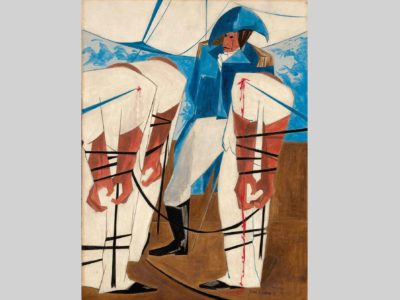 Jacob Lawrence, Panel 19. Thousands of American citizens have been torn from their country and from everything dear to them: they have been dragged on board ships of war of a foreign nation. – Madison, 1 June 1812, 1956. From Struggle Series, 1954–56. Egg tempera on hardboard. Collection of Harvey and Harvey-Ann Ross. © The Jacob and Gwendolyn Lawrence Foundation, Seattle/Artists Rights Society (ARS), New York. Photography by Stephen Petegorsky. 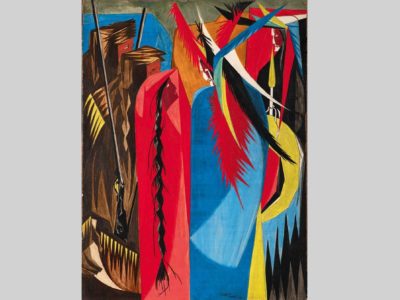 Jacob Lawrence, Panel 18. In all your intercourse with the natives, treat them in the most friendly and conciliatory manner which their own conduct will admit . . . – Jefferson to Lewis & Clark, 1803, 1956. From Struggle Series, 1954–56. Egg tempera on hardboard. Collection of Harvey and Harvey-Ann Ross. © The Jacob and Gwendolyn Lawrence Foundation, Seattle/Artists Rights Society (ARS), New York. Photography by Bob Packert/PEM. 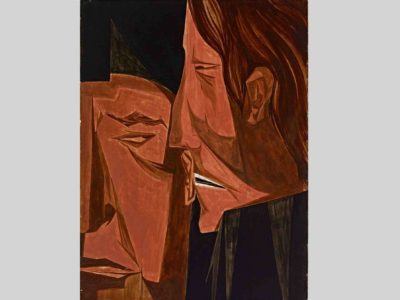 The Struggle Series Panels in Detail