A word with Derrick Adams

Three artists lend their contemporary voice to PEM’s Jacob Lawrence: The American Struggle exhibition. Artist Derrick Adams does this with the video installation Saints March, paying homage to past and present cultural influencers of New Orleans, capturing the footwork of local dancers who use Decatur Street as their stage. His second work in the exhibition is a mixed-media installation called Jacob’s Ladder. Adams imagines Lawrence’s studio as a quiet self-reflection space by using materials from the artist’s personal archive, such as his photographs and armchair. Referencing the biblical story, a ladder ascends directly from the chair to Adams’ original portrait of the elder artist whose footsteps Adams followed to also become an artist. The following is edited from a conversation when the artist visited PEM for the exhibition opening.

Q: Tell us how you work as an artist?

A: For me, it's always about the offering, what people are missing and how I can as an artist contribute to the conversation to expand on histories that are both Black American and American overall. That's my focus from start to finish. I consider myself a multidisciplinary artist, which in layman's terms is an artist who does a lot of different things rooted around a very similar theme but transforming into different objects, three dimensional, two dimensional as well as video performance. 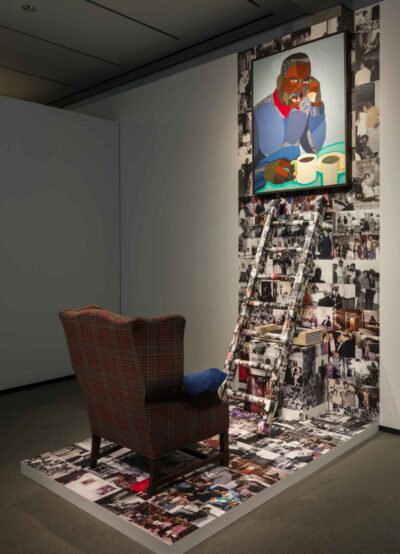 Q: Describe your piece in the exhibition called Jacob’s Ladder?

A: It’s a combination of elements used from Jacob's archive — personal effects, images from his photo album, as well as his studio chair and a vinyl record taken from a list of music he listened to in the studio. From the chair ascending from the ladder up to the wall is a portrait I painted of Jacob to show this history of Jacob — from this thinker to this person who is now considered an icon.

Q: Can you tell the story of how you discovered Jacob Lawrence and how he's impacted your life?

A: For me, Jacob has always been a big influence on my work, in my life overall as an artist. The way I ended up in New York was based on my discovering Jacob in a public library in Baltimore when I was assigned to do a book report during my first year in college. I happened to come across a small hardcover book of paintings from Jacob. As a young artist, I was just finding my way and looking through the book and being so excited. When I got towards the end of the book, there was a photo of Jacob. He probably was in his late 20s, early 30s, very dapper. I think he had a pipe or something like that. I was like, "Wow." I just thought about these issues of representation, to be seen, to be acknowledged and to see some similarities in yourself with others who you admire and respect.

Jacob Lawrence, . . . is life so dear or peace so sweet as to be purchased at the price of chains and slavery? —Patrick Henry, 1775, Panel 1, 1955, from Struggle: From the History of the American People, 1954–56. Egg tempera on hardboard. Collection of Harvey and Harvey-Ann Ross. © The Jacob and Gwendolyn Knight Lawrence Foundation, Seattle/Artists Rights Society (ARS), New York. Photo by Bob Packert/PEM.

Q: When did you first meet Jacob Lawrence?

A: Fortunately, I was able to meet Jacob while I was at Pratt because as soon as I came to New York and I was at Pratt, most of my time was consumed with finding out who knew him and what they know about him. He came back to the university for an awards ceremony, so I was invited to be his escort — he and his wife Gwendolyn. I basically escorted them around campus. I was just like a fly on the wall. I was amazed, but I also felt really confirmed for being there. I felt like, “Oh yeah, I'm on the right track." 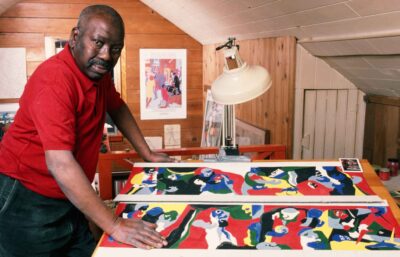 Q: Tell us about your video installation Saints March and why you wanted to capture young tap dancers in the streets of New Orleans.

A: Saints March was commissioned first for Prospect 4 in New Orleans. The piece was created through my visit to New Orleans, scouting around, being really interested in the history of the city, and thinking about cultural contributions. As I was walking, I saw the kids tapping. I was just so blown away by it and how they were doing it with cans. I'm always so fascinated with the entrepreneurial spirit of these kids in the streets doing these things, making money. They're so smart and sharp. I could actually take advantage of educating people about this art form.

I said to myself, “I'm going to meet these kids,” which is very difficult because they appear in different locations of the city. It's random, which was exciting too. I drove around until I heard the sound. I had to follow the sound until I came across one little one named Derrick. Then I came back multiple days and I met more and more. I ended up meeting the oldest guy, who was probably like 21. He was responsible for teaching all the younger tappers. He told me how they do it. He ripped the can open and he smashed it down. He showed me all the techniques of what they were doing. Then I listened to the story of being out there in different locations. They would have a crate. The crate would have the little cans. When they were done with the cans, they would leave them for another person to come and get them. It was a community effort. I was really interested in the collectiveness of it.

Q: What do you see in the Struggle series?

A: When I look at the Struggle series, it creates this whole mirroring effect of history: past and present.

Q: What do you think is the biggest struggle in America today?

A: Similar to what Jacob was talking about in his Struggle series, an ongoing issue we have here in this country, and I think is a world issue, is thinking someone else is better or worse based on their visual or economic contributions. I think about the world as being like Star Trek. The whole purpose of Star Trek is that you bring these people from these various different places together because you're going to this new place.

Since February, many people have visited Jacob Lawrence: The American Struggle, the first museum exhibition of the series of paintings Struggle: From the History of the American People (1954–56) by the best known black American artist of the 20th century, Jacob Lawrence (1917–2000). While we are closed, we hope you have enjoyed this post, which adds context and a contemporary voice to this ongoing struggle. 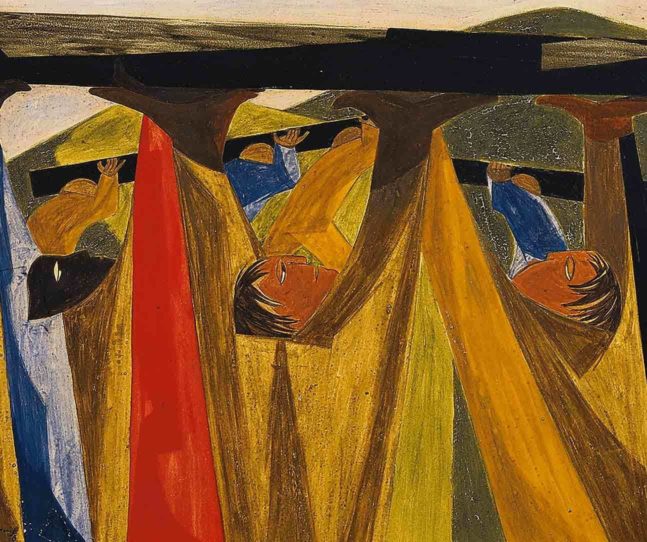 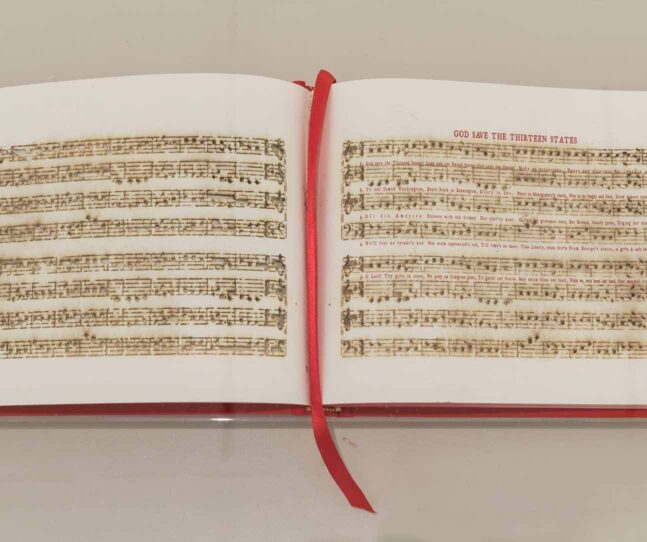 A word with Bethany Collins

The vast unknown
A word with Bethany Collins