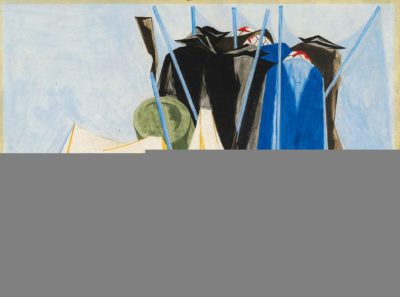 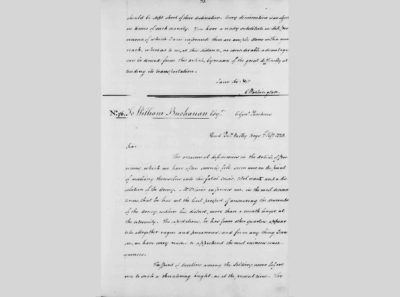 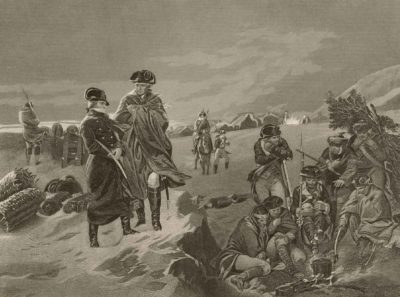 This painting likely references the Americans’ defeat by the British at Philadelphia in September 1777 and George Washington’s failure to recapture the city. The visual field of packed snow and ice links that defeat to the Continental Army’s December retreat to Valley Forge, about twenty miles northwest of Philadelphia, and to the six months of tremendous hardships endured at the encampment. Lawrence symbolizes the toll of these military setbacks by clustering the cloaked and bloodied figures in the background and turning them away from us — drawing our attention to the gruesome scene in the foreground. There lies an incompletely covered “dying horse,” as Lawrence wrote on the back of this panel. He has extended the experience of struggle to animals.

Throughout the series his depictions of suffering animals — horses, elk, birds, and oxen — as well as delicate flora reveal the value he placed on tending to the environmental implications of struggle.

Lawrence’s Struggle series serves as a pictorial reminder of America’s early incarnation and journey toward freedom and democratic rights for all its citizens. Ironically, Lawrence’s black ancestors would have been excluded from those rights. Many segments of the story feature discord, violence, strife, and hardship, as well as determined solidarity. Lawrence reminds us that freedom is rarely given. More often, it becomes a reality through the perseverance and sacrifice of those individuals willing to risk death to gain liberty and ensure its survival for the generations that followed. In this broad scheme of time,

Lawrence’s series reminds us just how long many Americans struggled for a more inclusive democracy that would guarantee the rights and needs of all American citizens, regardless of race and social standing.

Everywhere you look in Defeat, there is a sense of sadness and resignation. The figures are hunched and turned away from the viewer, unable, or unwilling, to look back at the carnage represented by the bloody, fallen body of the dying horse. As its lifeblood slips away, the horse serves as an ennobled sacrificial lamb — reminding the bedraggled men at this low ebb to find a greater strength and resolve to fight for their cause of liberty and reinforcing their determination to continue, armed with their weapons, their concern for one another, and their sense of duty. Though Lawrence’s account of the American struggle includes depictions of defeat, it is never given the last word in the series.