I recently came across a challenging design dilemma in the Museum Shop. We wanted to revise our popular Pride Sailor’s Wreath by including the brown and black colors found in the updated Progress Pride Flag. This newer version of the flag includes representation of voices traditionally left out of the conversation, including marginalized LBGT communities of color, community members lost to HIV/AIDS and those currently living with AIDS.

All for Knot, the company based in Nova Scotia that creates these popular wreaths by hand using recycled lobster rope, made a few laudable attempts at weaving in the new colors. So far we have not perfected the combination. You can see our efforts here. (And by the way, I would love to hear your thoughts, or maybe someone out there has some other ideas. But we will get it right!) 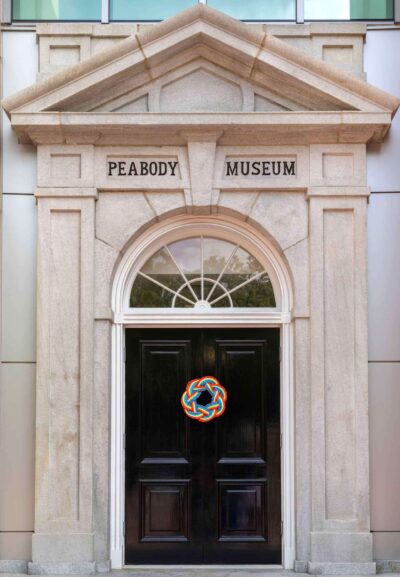 The original version of the Pride rope wreath sold in the Museum Shop. Photo by Kathy Tarantola/PEM.

All this time spent studying the colors, though, made me think about the power of words and symbols and how they can evolve and change over time. Each color in the Pride flag has been infused with meaning or intent, and it has grown to be a model for inclusivity because it seems there is always room for more. Even the term “Gay Pride” has turned to just “Pride,” extending a invitation to anyone who has ever felt isolated or out of place into this welcoming community.

Flags at Riley Plaza in Salem for the month of June.

What I find particularly inspiring is the way people throughout history have sought to reclaim words and symbols to negate their power. The Nazis forced people they identified as gay to wear inverted pink triangles, but that symbol was later embraced into a sign of solidarity for the gay community. In the recent exhibition, The Salem Witch Trials: Reckoning and Reclaiming, portraits by artist Frances F. Denny presented the face of modern American witchcraft and challenged our assumptions about who and what a witch really is.

Another poignant example of this power shift is found in PEM's upcoming show, Patrick Kelly: Runway of Love. Kelly appropriated the racist symbol of the golliwog into his fashion as a sobering example of racist imagery and caricature, forcing us to confront and not forget the pain symbols like these have caused, turning it outward and transforming it into a symbol of empowerment.

Recently I had a moment where I understood how a symbol could be wholly transformed, and it all had to do with a simple flower. Growing up, I heard the word “pansy” thrown around a lot, and it was that kind of word that I lived in constant fear of someone directing at me. It meant you were weak, less than a man, different. At the time it was a perfectly accepted way to demean another person. It was one of those words that are just a candy-coated way to say something without using the horrible word; I mean, what the fudge?

While not rational, and even a little neurotic, I developed almost a phobia of being near an actual pansy. But all that changed one day when I was shopping at a nursery with my mother to choose flowers for spring planting. She pointed at a tray of pansies, which, of course, I immediately rejected. Then she said, "Do you know what pansies are called in Portuguese? Amor-Perfeito." Which literally translates to perfect love.

My mother’s comment transformed the meaning of that word forever for me. Now I will always have pansies planted in my garden. 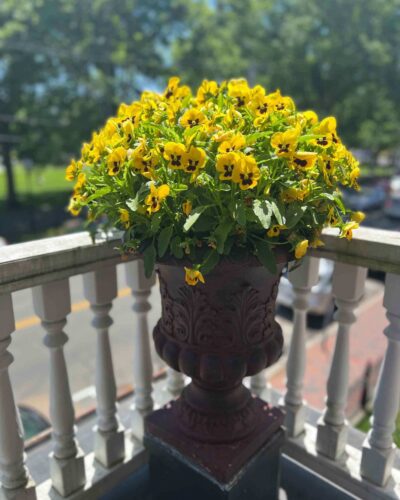 Pansies in bloom at the home of the author. Courtesy image.

As we prepare for the Pride celebrations in Salem and at PEM, including the After-Hours Dance Party this Friday night, I look forward to the feeling of community and the excitement of being together.

So, see you around the flagpole, pansies ;-)

Dance the night away as the legendary Ana Matronic of Scissor Sisters spins some of the greatest disco, house and ‘80s music hits inspired by the upcoming special exhibition Patrick Kelly: Runway of Love. Share your best looks and moves with us on social media and use #PEMpride. 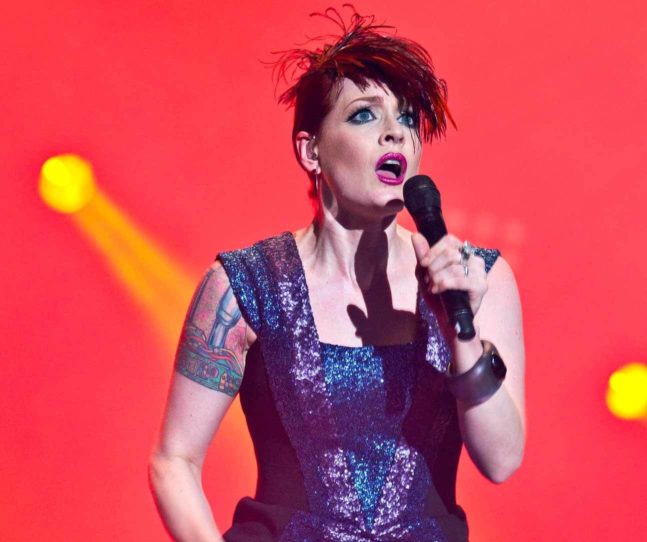 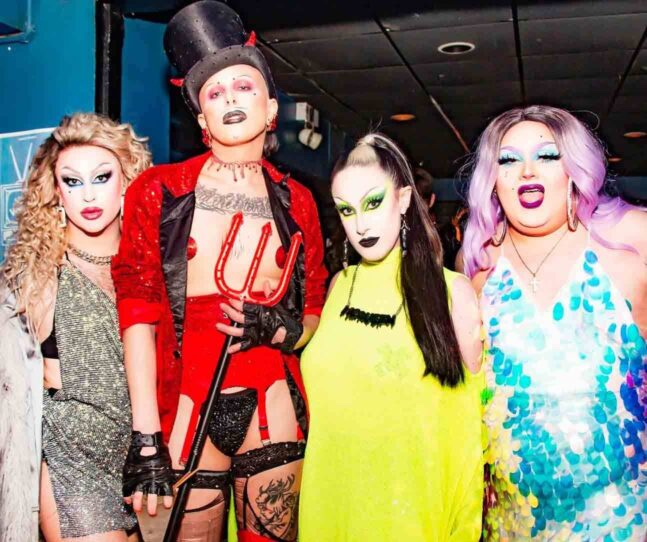 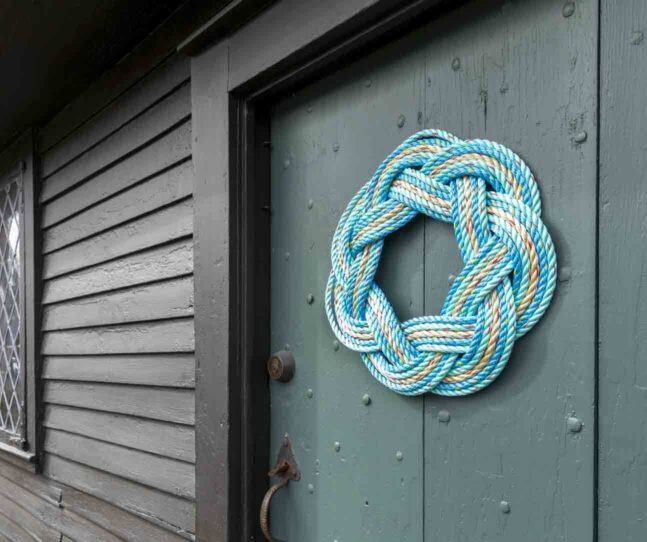 Making a commitment toward sustainable retailing in the Museum Shop

Hidden Gems to see in Salem, Massachusetts
Internship experience “opened my eyes” to potential for art and history to tell new stories