The Peabody Essex Museum has owned the paintings of Mr. and Mrs. Timothy Fitch since 1878, but only recently looked into their subjects’ part in the transatlantic slave trade.

As society critically assesses history through the lens of evolved attitudes and mores, art historians and curators must, in turn, reevaluate the art of the past. This allows us to discover new meanings and untold stories within works that may otherwise seem wholly familiar to us. As we re-engage with our collections, we see things that had been hidden in plain sight. 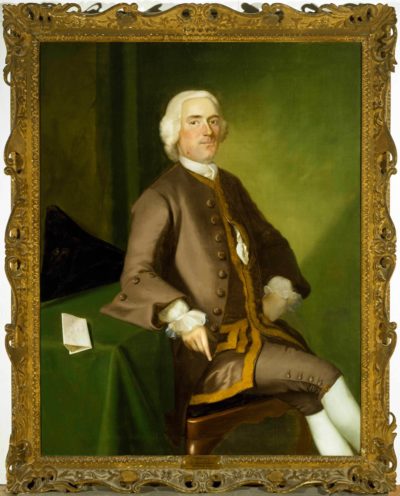 I approached the Peabody Essex Museum’s c. 1760 pendant portraits of Mr. and Mrs. Timothy Fitch by the English American portraitist Joseph Blackburn with a certain level of curatorial smugness, fitting the works into the well-established trope of “nouveau-riche colonial subjects demonstrating material wealth through portraiture.”

The portraits depict the Boston-born merchant and the widow Eunice Brown shortly after their 1760 marriage, clad in luxurious silks, velvet, pearls, and gold braiding. Blackburn captures the societal aspirations and economic position of this self-assured couple as they embody the height of colonial gentility. Only the letter precariously balanced on the far end of the green velvet-covered table addressed to “Mr. Timothy Fitch, Merch[ant]” hints at the source of their considerable affluence.

No other genre within the realm of American art can make a museumgoer’s eyes glaze over quite like colonial portraiture. Even after a 10-year stint as a tricorn hat–clad “junior docent” at the Gilbert Stuart Birthplace in Rhode Island, I still find myself lulled into a nearly comatose state after spending a good chunk of time among the uniformly pallid, elegantly attired men and women who stare out imperiously from within their gilded frames. These are works to be admired, surely, but would I wish to return to the gallery to bask in their austere glory day after day? With perhaps a few exceptions, no.

But the sharp eyes and deep knowledge of a colleague recently caused me to engage critically with these portraits and with a part of New England history too often overlooked. I was somewhat taken aback (though not altogether surprised) when Julia Scherer-Hoock — PEM’s former Membership and Annual Giving Associate and, previously, a living history interpreter at the Boston Tea Party Museum — told me that a portrait of one of Boston’s most prolific slave traders hung in our American galleries. Austen Barron Bailly, PEM’s George Putnam Curator of American Art, was also unsurprised, and she encouraged me to delve deeper, as she advocates for revealing these overlooked histories in our galleries. 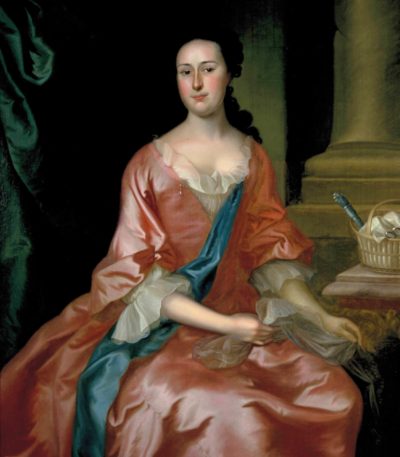 The history of New England’s domination over the pre-Revolutionary colonial slave trade has been, for many years, unofficially censored in schools and museums alike. While we all learn about the incomprehensible horrors of slavery in the Southern colonies, New England is set up as a kind of foil.

But though the New England colonies never saw the development of large-scale plantations or widespread slave ownership, slavery was the cornerstone of the region’s pre-Revolution economy, both directly and indirectly. The New England Triangular Trade brought kidnapped and enslaved Africans to the British colonies in the Caribbean in order to work the cane plantations that supplied the sugar that was converted from molasses by New England workers into the thousands of barrels of rum that fueled this never-ending cycle.

Among the many New Englanders who amassed vast fortunes during this time, Timothy Fitch (1725–90) stands out. The owner of several ocean-going vessels, Fitch’s voluminous correspondence with his captains, now preserved at the Medford Historical Society, offers a chilling glimpse into the intimate relationship between New England and the transatlantic slave trade. Although conventional wisdom cautions us to never impose the moral judgements of today onto the people of the past, it is disturbing to encounter the clinical prose Fitch uses to instruct one of his captains to “take prime Slaves for pay if Reasonable or Cash, but they must Not Cull your Cargo Unless thay give you a Good price, / if you Could Sell the whole of your Cargo thare to a Good Proffett & take Slaves & Cash & Cum Directly Home that would Shorten the Voyage Much, but this is not Very Likely to be the Case” in a January 1760 letter to Captain Peter Gwinn of the Phillis. (As an aside: Timothy Fitch died penniless in 1790 after a particularly pernicious bout of diarrhea. So while I’ve been taught not to impose judgment on the past, one certainly might say that he got what he deserved.) 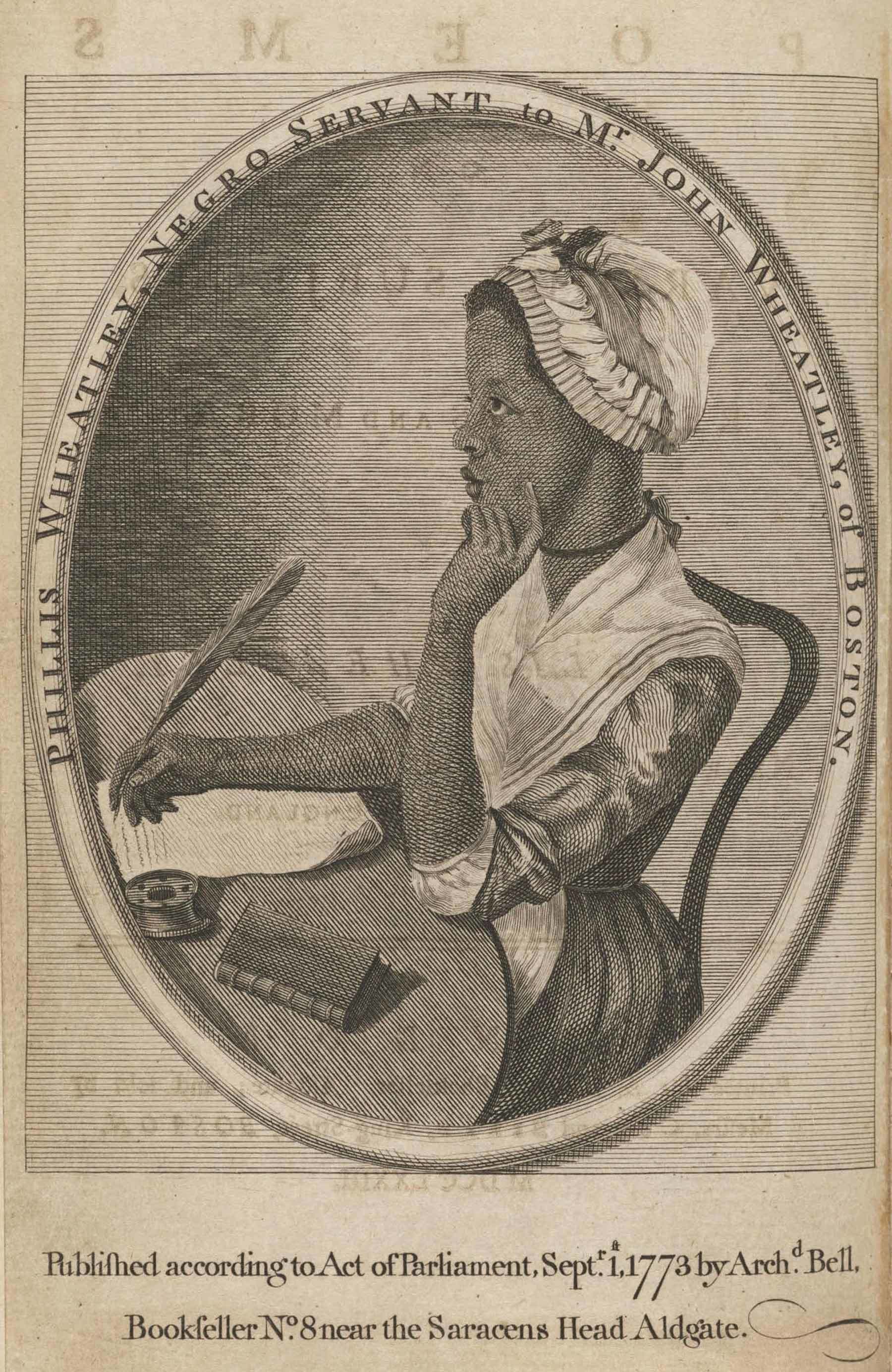 Aboard the Phillis on its return to Boston was a young girl from West Africa who would come to be known as Phillis Wheatley. She had been purchased by the wealthy merchant and tailor John Wheatley as a servant for his wife Susanna and received the same name as the ship that brought her in chains to the shores of America. Tutored in reading and writing by the Wheatley children and steeped in popular 18th-century neoclassical poetry, Wheatley went on to embark upon her own career as a poet. With the 1773 publication of Poems on Various Subjects, Religious and Moral in London, Wheatley became the first published African American female poet, earning the praise and admiration of thousands throughout England and the American colonies. Lauded by such colonial luminaries as George Washington and Thomas Paine, Wheatley nevertheless was forced to repeatedly defend her own authorship against claims lodged by those who found the very notion of a literate female slave poet utterly inconceivable. Her accomplishments were further demeaned by those who saw the danger her literacy and creative output posed to an economic system legitimized by racial theories that dehumanized the slave. In his 2004 article “Neoclassical Culture in a Society with Slaves: Race and Rights in the Age of Wheatley,” Professor Eric Slauter examines contemporary responses to Wheatley’s publication and the manifold ways in which her work was diminished in order to maintain the status quo of slavery.

We know of Phillis Wheatley’s image not through a stately three-quarter-length portrait in an extravagant frame but through a simple one done by a fellow slave named Scipio Moorhead that was adapted by a London engraver and used as the frontispiece to Wheatley’s pioneering volume. The Phillips Library at PEM is fortunate enough to possess two signed first-edition copies of Wheatley’s collection, including an annotated edition owned by the famous Salem bookseller John Dabney. Despite her considerable fame and eventual emancipation, Wheatley spent her adult life working in the homes of the Boston elite as a scullery maid and died penniless at the age of 31, a victim of the sexism and racism of her era. 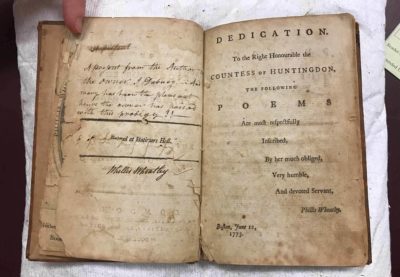 The portraits of Mr. and Mrs. Timothy Fitch have been in the PEM collection since 1878, yet it is only now, some 257 years after their creation, that the complex web that linked these two figures to the transatlantic slave trade and one of the most influential writers of the colonial era has been explored. PEM is committed to examining overlooked histories embodied in the objects that comprise our vast collections, and as we prepare to install our American collections anew, we are doing our best to disrupt conventional narratives in order to present objects and their stories in ways that expand our consciousness of the past and help to inform our present.

This article first appeared on Hyperallgeric on August 18, 2017. 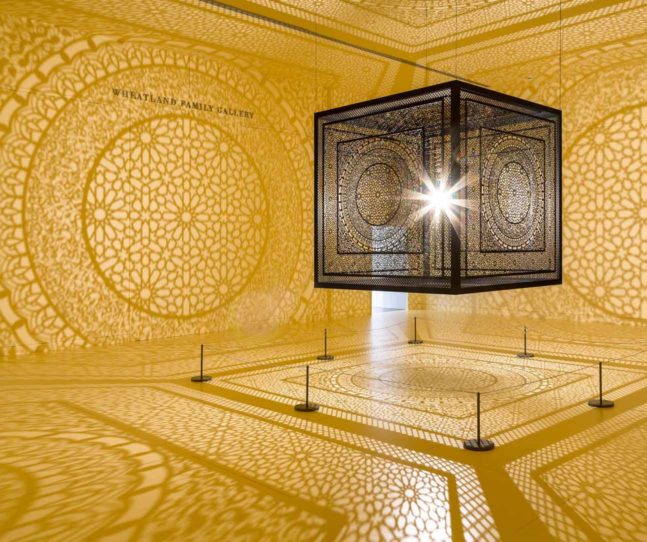 Seeing the world in a new light 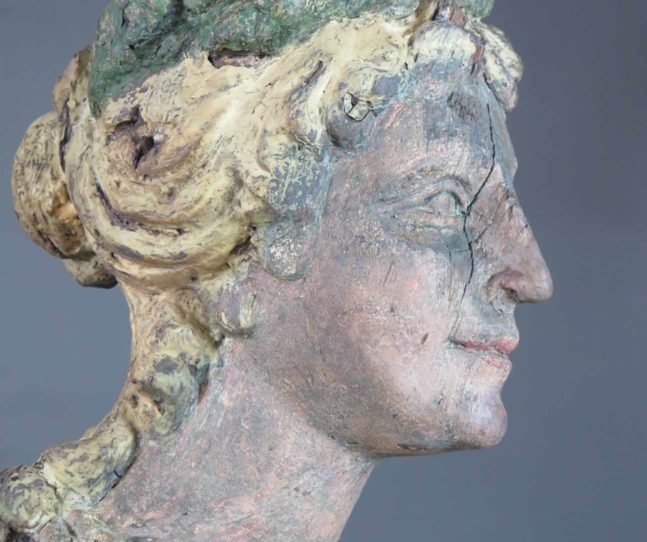 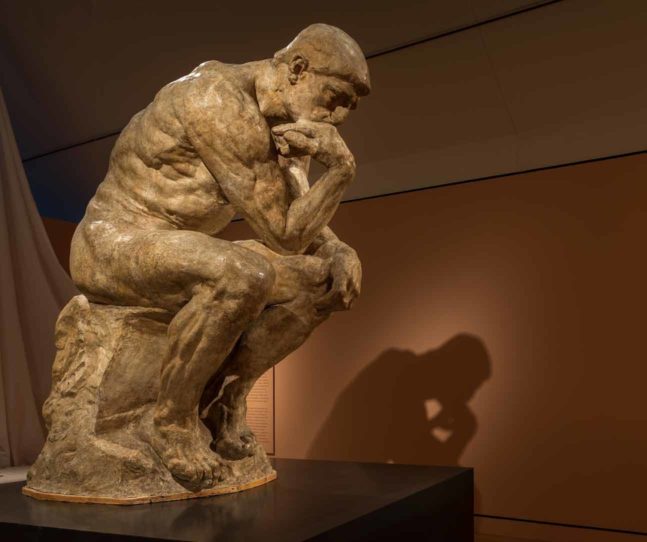 Let’s play!
Building for the ages, blending past and present