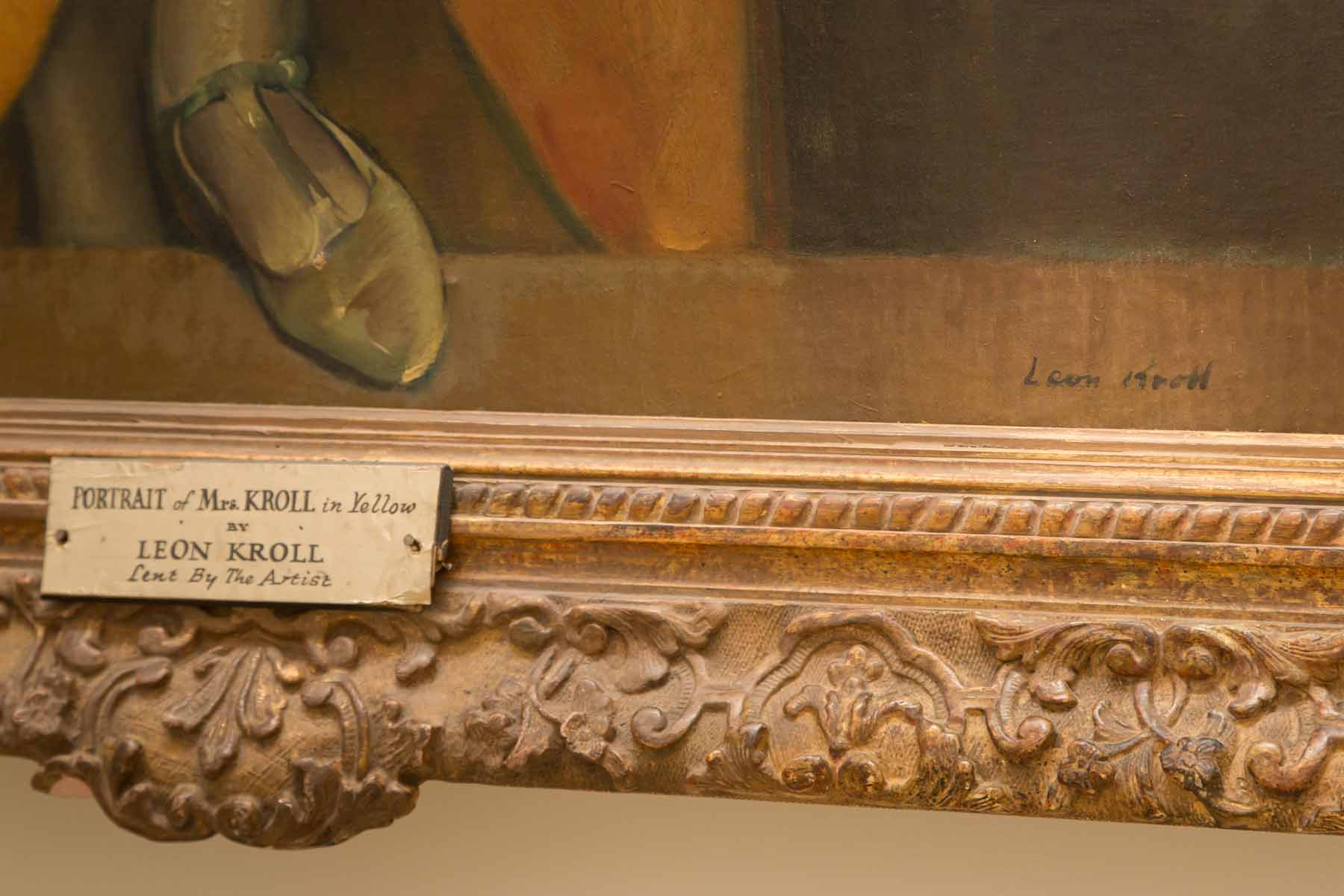 Their works in PEM’s Putnam Gallery represent two totally different styles and were created decades apart. Still, gifted painters Leon Kroll and Will Barnet crossed paths in the 1950s and discussed their prolific careers. The daughters of these accomplished artists recently visited The World of Women, an installation spanning three centuries and featuring mostly works from the museum’s collection, including a Copley and a Sargent. This spring, the daughters each loaned PEM a painting for the installation. 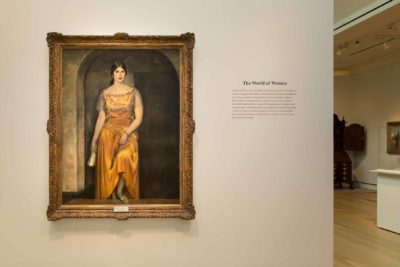 The 1933 portrait of Kroll’s wife, Portrait of Mrs. Kroll, in Yellow depicts the beautiful French-born Viette, then 37, wearing a luxurious dress. It reveals a modern twist on the traditional with her disarming casual stance and head-on gaze.

Until recently, the painting was stored in a warehouse on New York’s Upper West Side. Seeing it jogged memories for Marie Kroll Rose, whose parents met in Paris and married in 1923. “He impressed by mother’s family while swimming against the current in the Seine,” she said. Her parents lived in the Riviera for many years, but Kroll preferred painting the light of Gloucester to that in the south of France. 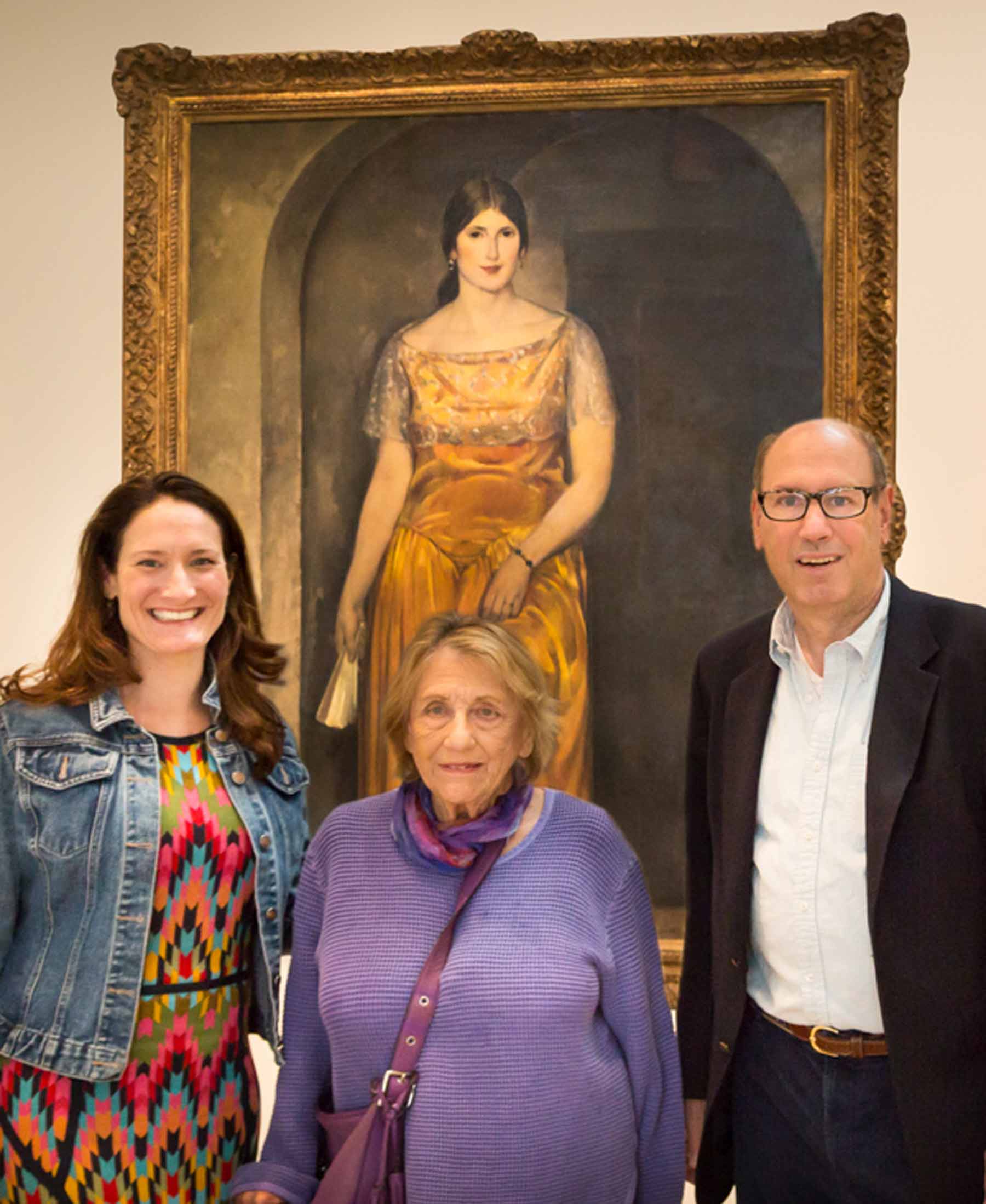 A realist painter, muralist and art instructor, Kroll sat on the board of the American Academy of Arts and Letters and was deeply committed to his work. He painted every morning and sketched into the afternoon. In 1948, Life Magazine called Kroll “the dean of American nude painters.” This promoted Kroll to quip to a reporter, “No, I don’t paint in the nude.”

Kroll Rose remembers her parents entertaining quite a bit. “They’d invite the models to lunch,” she said. “To see them in a different setting.”

Kroll’s painting of Gloucester’s Folly Cove was featured in PEM’s wildly popular 2006 exhibition Painting Summer in New England. The artist kept meticulous notes, essays and lists. During a 1937 speech at the Worcester Art Museum, he said:

“The artist is to a great extent, the guide and the prophet of a sense of sight.” 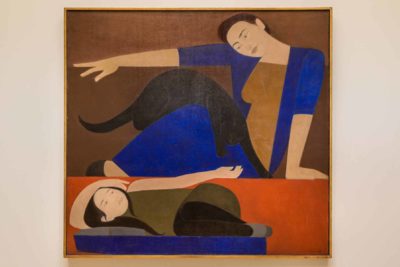 In 1962, Will Barnet painted his wife Elena and daughter Ona to create The Blue Robe, which currently hangs slightly apart from the older works in the World of Women.

That’s me,” said Ona Barnet upon seeing herself in the painting. “I’ve been posing since before I was born. Posing was painful and wonderful. He’d see me reading and say ‘don’t move, that’s perfect.’

The mother, draped in lapis, and daughter of about 6, languidly recline with the family cat. “My father saw the abstract in everything,” she said. “We would go to the Met and he’d show me what was abstract. The world went one way and he went the way he wanted.” 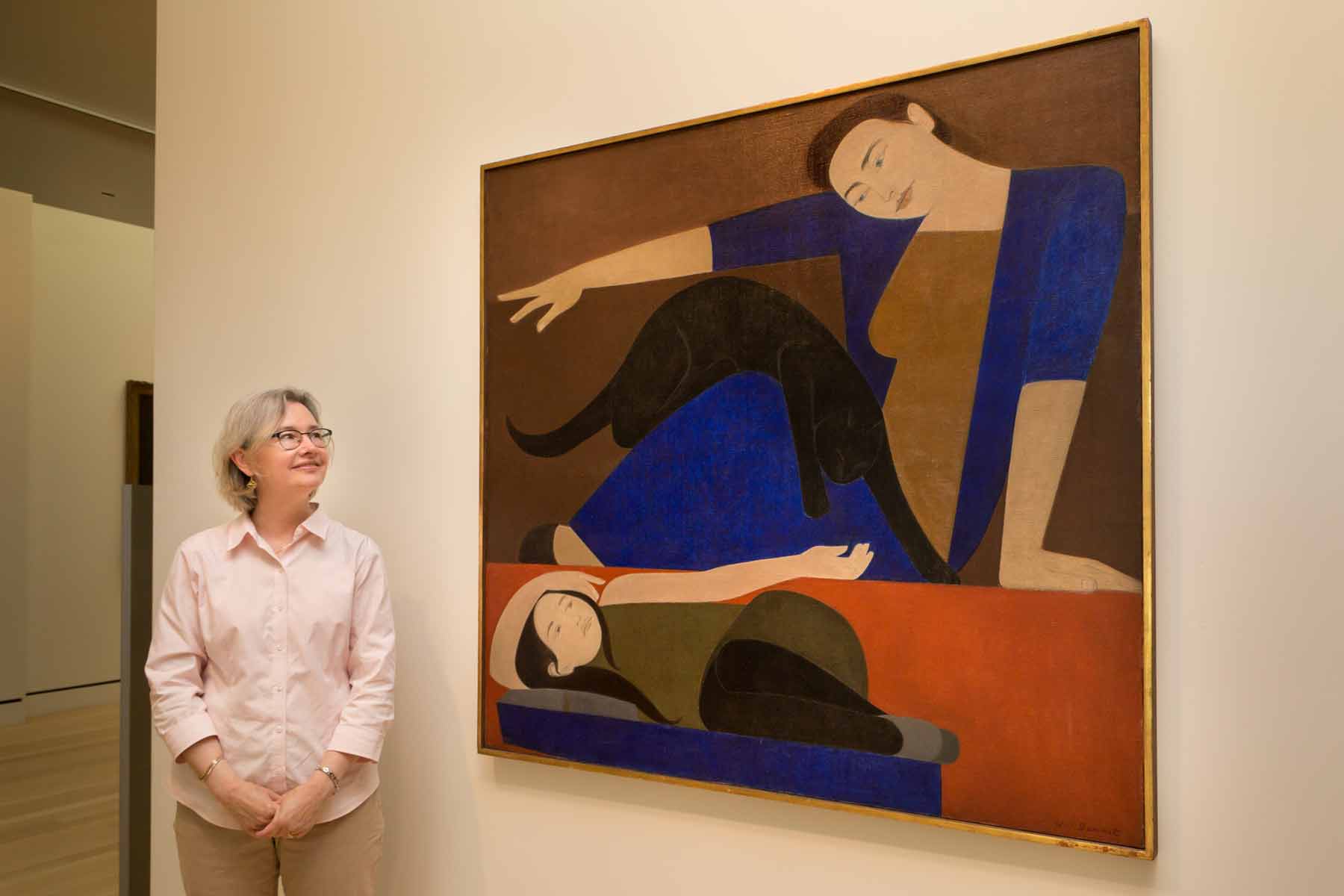 Barnet’s professional career spanned nearly nine decades, from his early work in graphic arts with the Works Progress Administration to retrospective exhibitions. In addition to commentary on America, Barnet focused on domestic life and the importance of family.

From Beverly, Will Barnet taught at the Essex Institute, the precursor to PEM. In 1980, his solo exhibition in Salem featured five decades of print work. As a fitting tribute to her father’s legacy as a teacher, Ona Barnet offers artist workshops at the inn she runs in Maine. 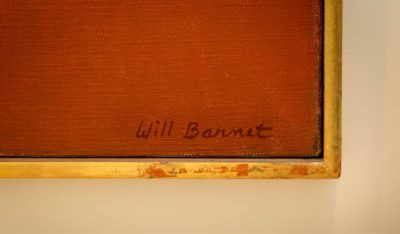 Ona Barnet’s husband Randy said to her, “He’d be thrilled that you’re here because you’re still connected. This is what he’d want.”