When Ennead Architects was tasked with designing PEM’s new wing — set to open in 2019 — they knew they’d have to create something very special indeed. As Richard Olcott, Ennead’s design partner leading this project, noted, “what we encountered at PEM was a uniquely engaging creative challenge.” As it turns out, that is just the kind of project that Olcott and his team like best.

How do you even begin to achieve this delicate balance? Ennead Architects took a design cue from the new wing’s immediate neighbor, East India Marine Hall. Constructed nearly 200 years ago, the building radiates substance, stability and orderliness. It has a distinct character and weight that can be attributed, in part, to its building material: Chelmsford Grey granite.

Chelmsford Grey, originally quarried in Chelmsford, Mass., is a light grey stone with fine to medium homogeneous grain that’s highlighted with small black flecks. It’s been characterized as having a quiet and enduring beauty and has long been used in major building and civic projects across the country. For East India Marine Hall, which was constructed in 1824–1825, the granite would have been quarried, split by hand and likely carted the 35-plus miles south to Salem by a team of oxen. 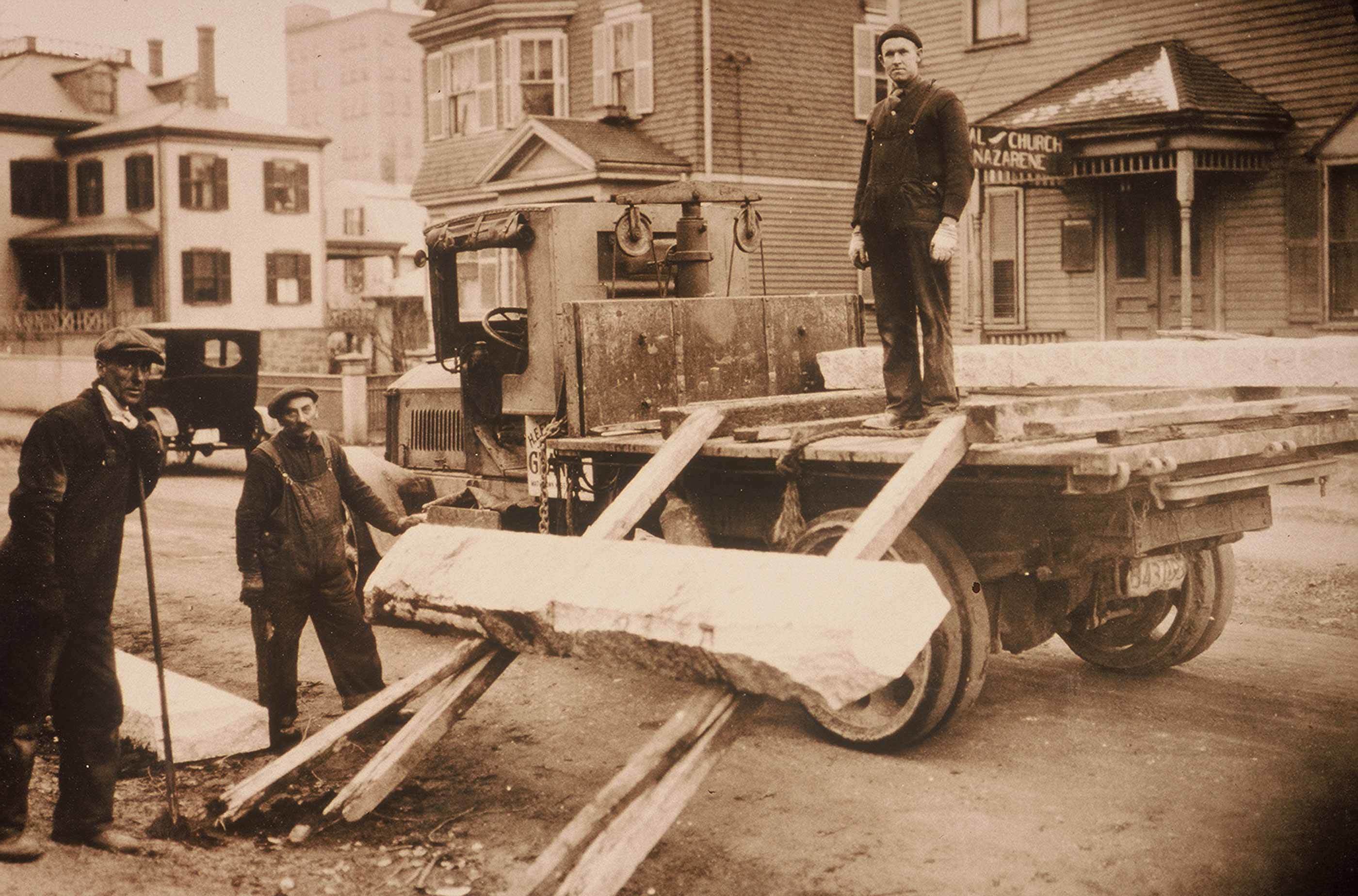 Olcott’s team explored the idea of sourcing granite for the new wing and made a fortuitous discovery: the original Chelmsford quarry is still in operation today and a matching granite could be sourced from the same location. Further research led the architects to identify a traditional stone processing facility in Rhode Island that could shape the granite by hand using a split-face technique to give the new wing a distinctive, textured facade. While the material for the new wing is timeless, the use of split-face granite as an exterior cladding surface is quite unique.

“The opportunity to extend PEM’s architectural legacy and to create a material through-line has been incredibly gratifying,” said Olcott. “We hope the new building will create a harmonious link with the past while providing inviting nods to the future. Working on this project makes us feel that we are not just building for our time but also for the ages.” 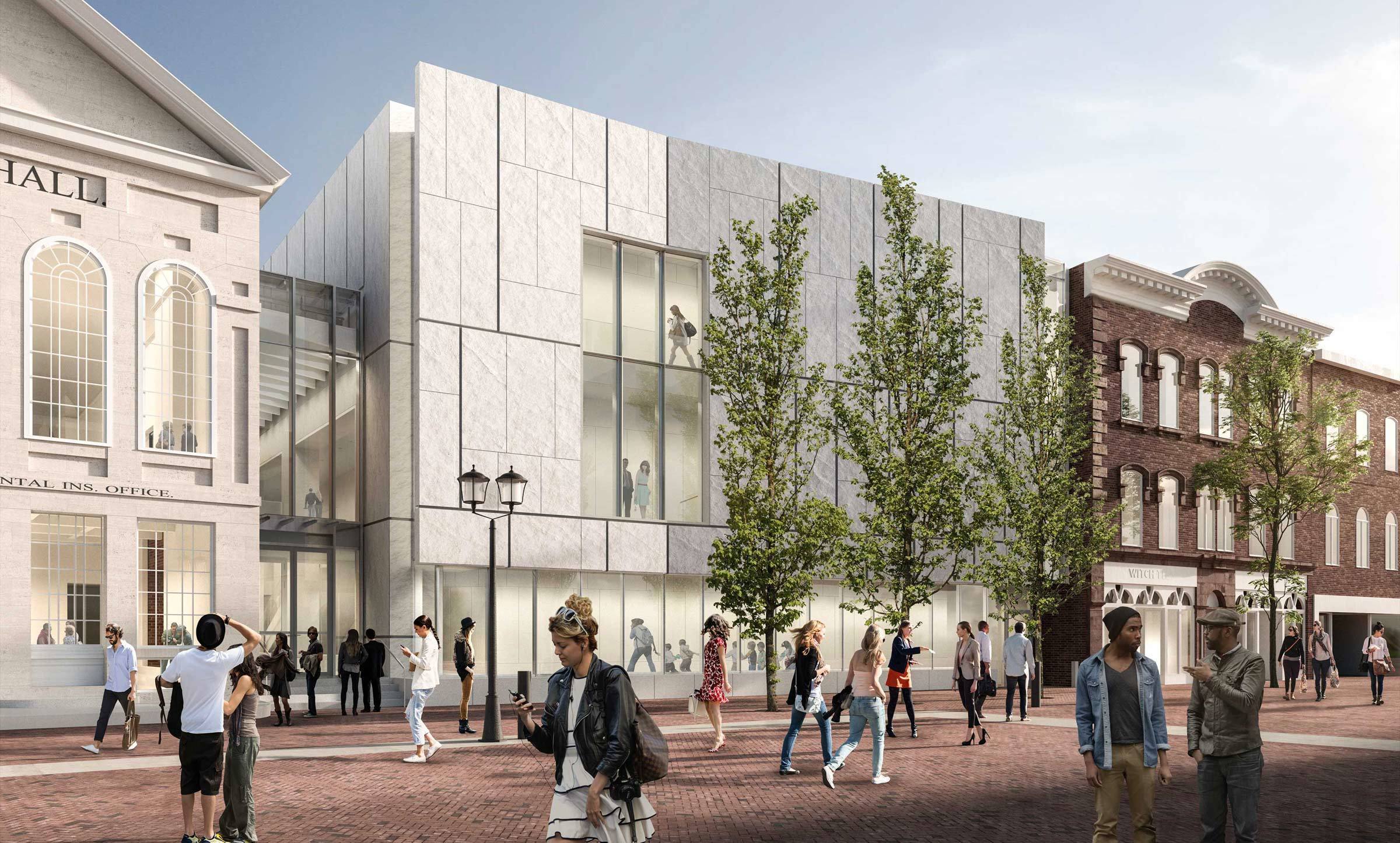 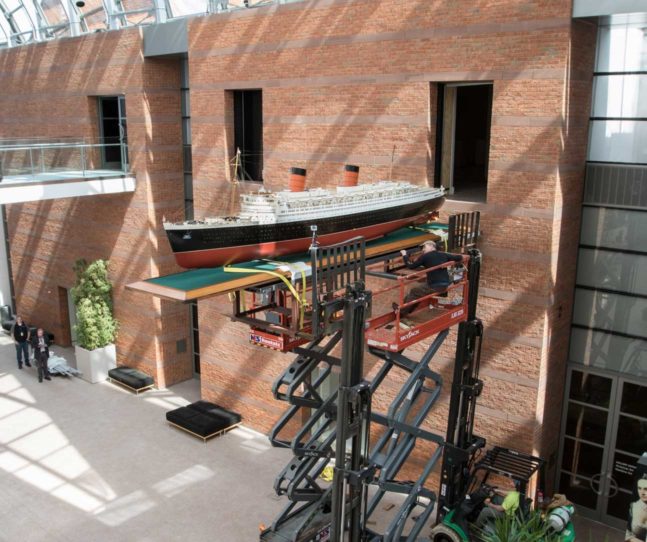