Exploring the dark and chilly rooms of PEM’s John Ward House is like going into a secret world where only a few lucky ones hold the key. As they peel back the layers, Steven Mallory and Scott Stevens of Groundroot Preservation Group can take you through nearly 400 years of history. The two are having a grand time, sifting through “an unexpected watershed of data.”

Over the last few months, PEM has worked with these history detectives as they embark on a forensic investigation of the 17th-century Ward House. The study is part of a larger survey of PEM’s 24 historic properties, which span three centuries.

As Mallory points out nail holes that help clarify the location, size and shape of the house’s original casement windows, he gets giddy. “This is supremely important evidence.” Such evidence, he says, can reveal how the house once looked and how it could look again.

Groundroot’s investigation is a necessary step for PEM to develop a restoration plan and new interpretive strategy to offer fresh perspectives about the house and the people who lived in it. 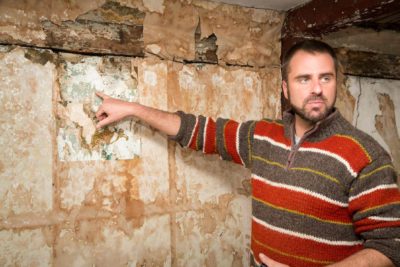 Steven Mallory of the Groundroot Preservation Group reveals some of the discoveries found in the Ward House. Photo credit Allison White.

This house opens up important conversations of what people thought about light in the 1600s, how they thought about color and how they used their spaces,” says Mallory.

“The house has the potential to give people an entire experience that cannot be had at any other 17th-century site in New England.” 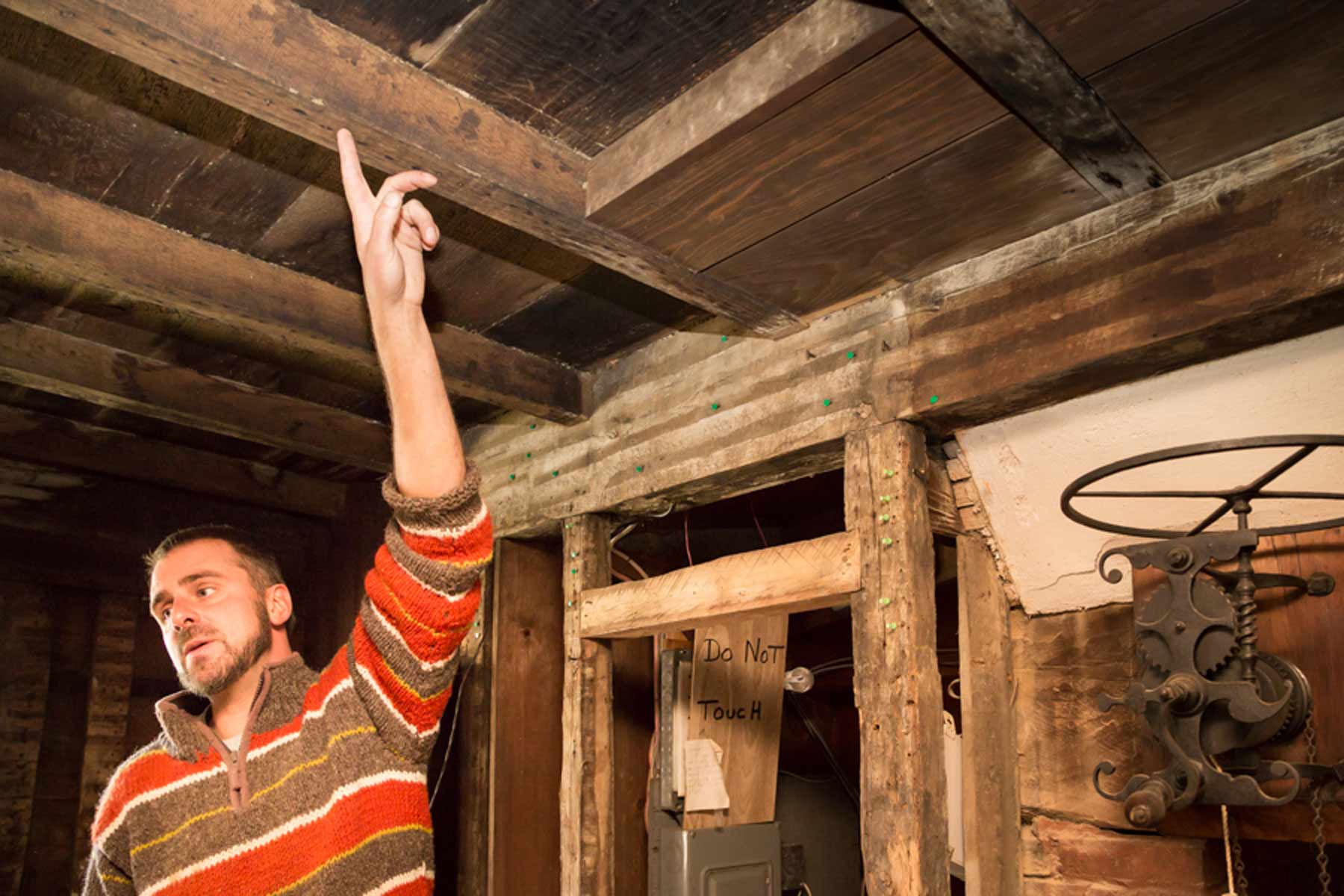 Steven Mallory points out some of the structural details of the Ward House. Photo credit Allison White.

The black wood structure dates to 1685. Built for a successful leather-worker, by 1890 it had become a tenement and housed some of Salem’s poorest residents. It had been condemned by the city of Salem multiple times as “unfit for habitation” by the 1890s. It was purchased by the museum in 1910 and restored under the direction of curator and early preservationist George Francis Dow.

The house was moved by splitting it into two parts and rolling it on ox-drawn logs from three block away. It opened to the public in 1911, becoming part of the first outdoor museum of architecture in the country. 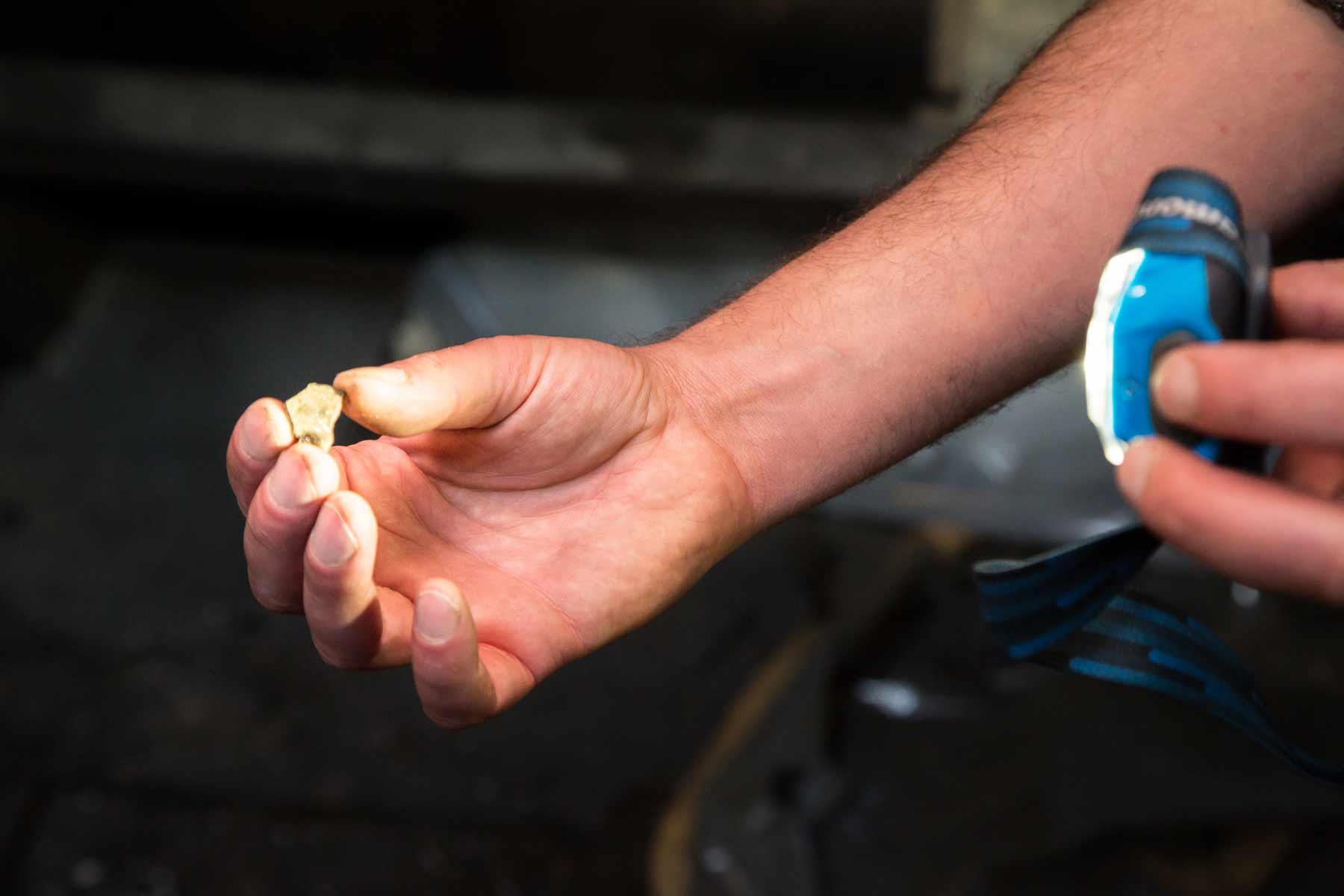 In recreating his idea of a 1685 house, Dow overlooked clues and added speculative features. Fortunately he left much evidence of the original building to be rediscovered. The Groundroot hopes to take this National Historic Landmark back much closer to its original state. For instance, Dow added wooden wainscoting to the kitchen, believing that such a feature must have existed in a 17th-century kitchen, when strong physical evidence indicates that this room had plastered walls with a bright white lime-wash finish. Also in the kitchen is a newly discovered passageway behind the fireplace chimney, indicating aspects of the house’s original layout. 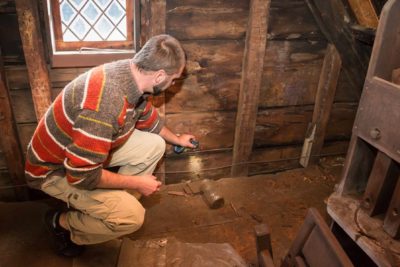 Mallory, who most recently managed restoration at George Washington’s Mount Vernon Estate, shines a light into the walls of the Ward House to reveal original 1685 clay plaster reinforced with a combination of goat and cow hair.

“This is extraordinary to have this survive,” he says.

The new discoveries are changing how PEM staff views the house, and contemplates its future. “The Ward House was always thought to be just a nice reproduction of a First Period home,” says Robert Monk, PEM’s Chief of Facilities, Security Operations and Planning. “The prospect that this house most likely contains the most significant evidence of how these houses were really built and provides insight into life in that period is very exciting.” 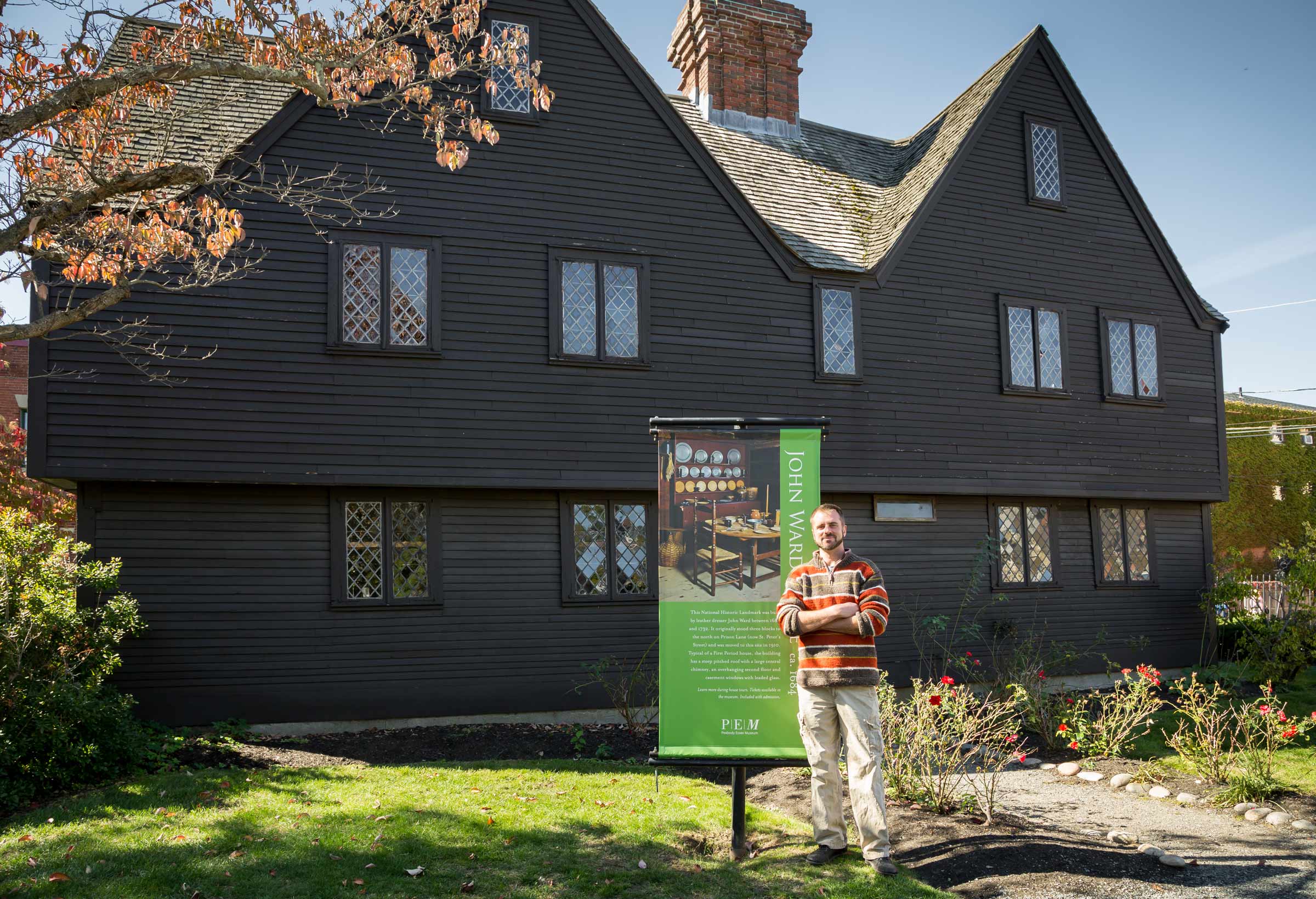 Visit the Ward House with the #HistoricHouseCrush worthy “Shelter to Showpiece” tour, Tuesday–Friday, 12:30 pm | Saturday–Sunday, 12:30 and 2 pm. Tours leave from information desk and are included with admission.

The astronaut and the artist
Sole Searching