Tune into the PEM Walks audio postcard below to listen to a tour of the Peirce-Nichols House:

The Peirce-Nichols House, at 80 Federal Street, is about a 10-minute walk from the museum’s main campus. This three-story Georgian mansion is a singularly surviving masterwork of early American architecture. It was designed and built by the young Salem architect Samuel McIntire for a Salem merchant in 1782.

The house was constructed for Jerathmiel Peirce, co-owner of the merchant ship Friendship. A replica of the Friendship, a square rigger that had traded in the East Indies, and now sits in Salem Harbor. Originally this property swept down to the North River, where Captain Peirce could dock his ship at the foot of his own property. Behind the house is a designed terraced garden from that period. 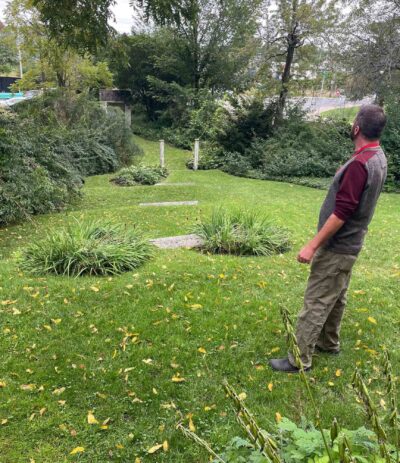 This epic house is perhaps the only building of its kind of McIntire’s design that survives with two phases of his architecture and design evolution intact. So you really get to see a comparison of young McIntire and mature McIntire in the same building. One of the reasons the house is so important is because when it was built in 1782, the entire west half of the house was finished in the Georgian style. The central passage and the entire east side of the house was left completely unfinished and in a barn-like state with just open framing until the wedding of Jerathmiel’s daughter in 1801. At that time, Peirce hired McIntire to finish the other side of the house to prepare it for the wedding. This design, on the other side of the house, is delicate high Federal woodwork, a complete contrast to the Georgian side of the house. 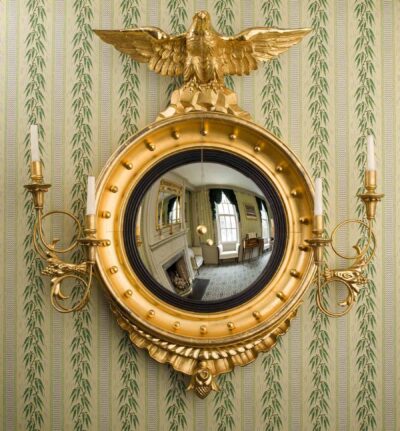 Jerathmiel Peirce was involved with the China trade. Like many merchants in Salem, who tended to get rich quickly, Peirce ended up going bankrupt. The house entered into the Nichols family where it stayed until the early 20th century, when it was put on the real estate market. Even at that time, it was considered to be such an important piece of early American architecture that it was nationally advertised for sale. The Essex Institute (a precursor to PEM) purchased the house in order to preserve it and open it to the public.

IMAGE BELOW: Photo by Kathy Tarantola/PEM