Tune into the PEM Walks audio postcard below to listen to a tour of the John Ward House:

Dating back to 1684, the John Ward is one of the finest surviving seventeenth-century buildings in New England. The style of the house is often called First Period or Post-Medieval — characterized by the extremely steep pitch of the gables, large central chimney, asymmetrical façade, batten door, diamond-paned leaded casement windows and second-story overhang. One of the earliest buildings to be relocated and restored for historic interpretation in the United States, the house is a National Historic Landmark.

Authentic sailors wreaths from Nova Scotia. Made using the traditional Turk's head knot tied aboard ships for centuries, these unique wreaths are handcrafted on the shores of the Bay of Fundy with reclaimed lobsterman rope. Pictured here on the door of PEM's John Ward House. Photography by Kathy Tarantola/PEM

Originally built for a successful leather-worker, by 1890 the house had become a tenement and housed some of Salem’s poorest residents. It originally stood three blocks away from its current location on a one-acre plot with a kitchen garden, an outhouse and a well. In order to preserve it from demolition, the house was moved to the museum campus in 1910 under the direction of curator and preservationist, George Francis Dow. Recognizing its historical importance, Dow made the pitch for its preservation and had the house moved by splitting it into two parts and rolling it on ox-drawn logs. In 1912 the house opened to the public, becoming the first outdoor museum of architecture in the country. 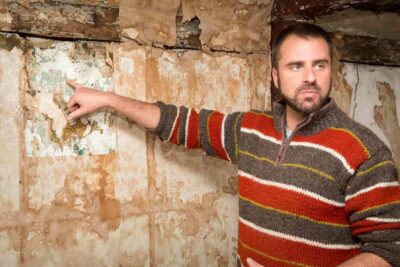 In recreating his idea of a 1685 house, Dow overlooked clues and added speculative features. Fortunately he left much evidence of the original building to be rediscovered. The house has recently undergone a close study of its 1695 plaster, a rare surviving example consisting of river clay and animal hair, and beams that show the kitchen was added in the summer of 1692 during the Salem Witch Trials. 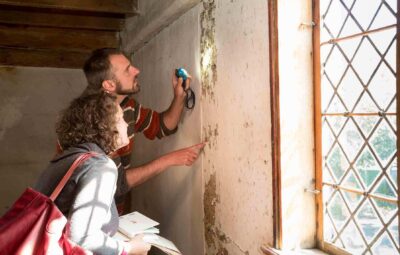 Before it was moved to its current location, the house stood opposite the jail used during the witchcraft trials. As a companion experience to PEM’s Salem Witch Trials exhibition, visitors can tour the John Ward House to gain greater insight into life in 17th century Salem. 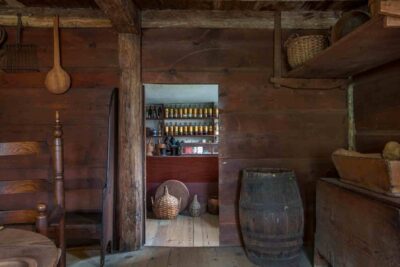 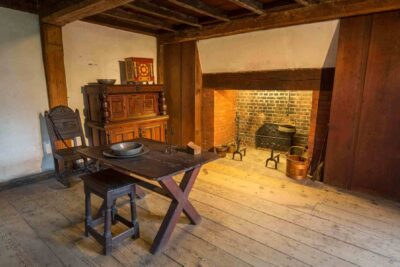 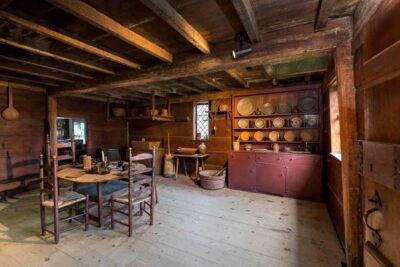 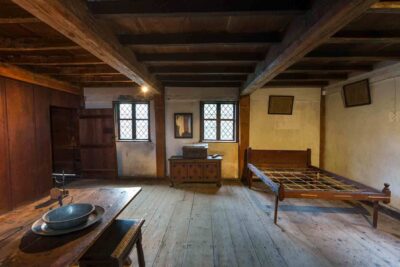