World Premiere of Philip Glass’ Partita No. 2 for Solo Cello 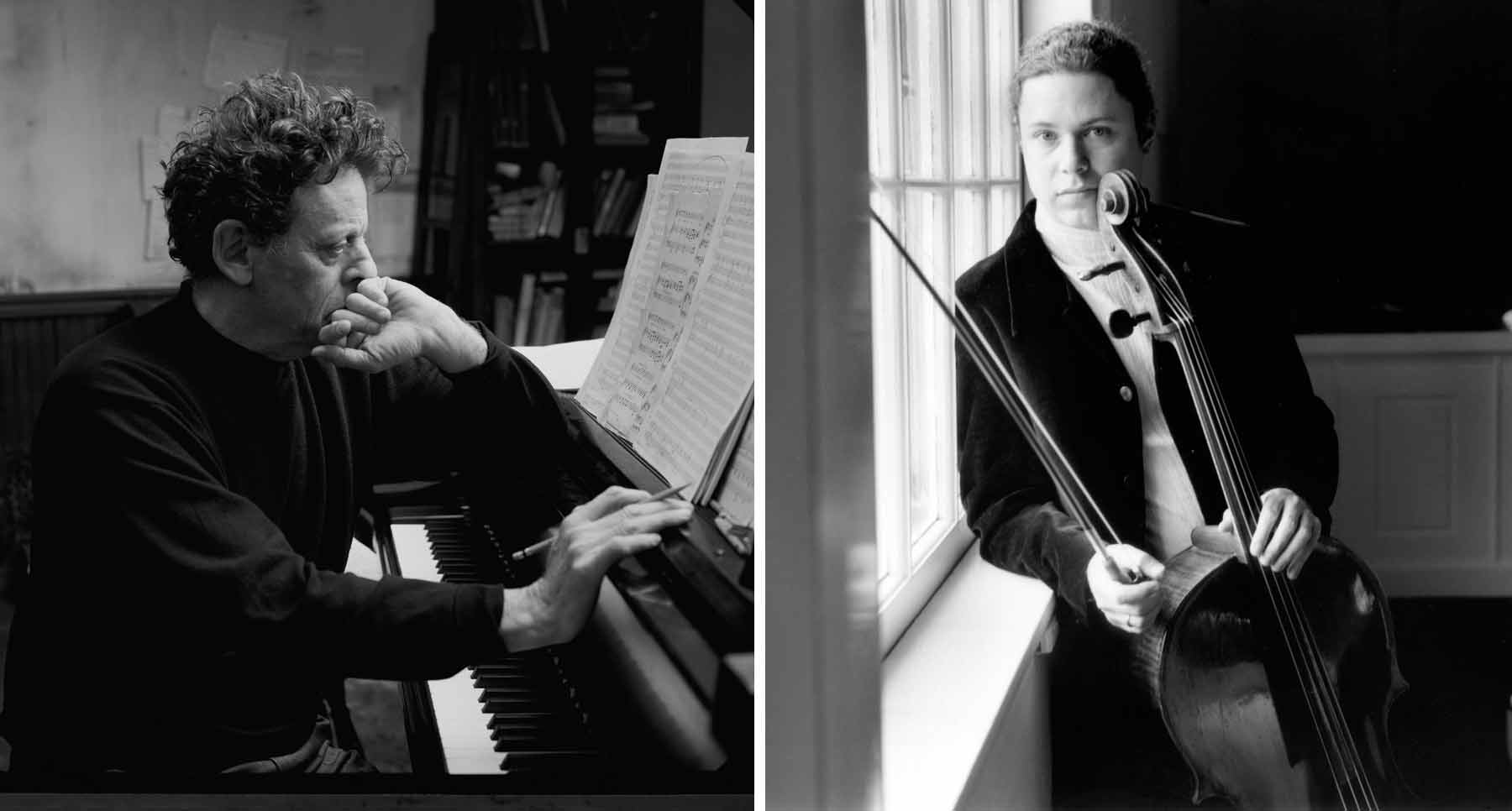 SALEM, MA – The Peabody Essex Museum (PEM) presents America’s foremost composer Philip Glass and renowned cellist Matt Haimovitz in an intimate performance of chamber music including the world premiere of Glass’ second major work for cello, Partita No. 2 for Solo Cello. The performance on Thursday, June 22nd is a rare Glass appearance in the Boston-area in over a decade and what is likely to be his only piano performance in this area during his 80th birthday concert season. Presented as part of PEM’s Present Tense Initiative, the evening will feature a pre-concert discussion about creativity, collaboration and commerce with Glass and the head of his Orange Mountain Music record label, Richard Guerin.

In addition to the world premiere, the 90-minute concert will feature a selection of solos and duos for piano and cello drawn from Glass’ prolific catalogue, which includes 25 operas, 11 symphonies, 13 concertos, eight string quartets, 35 film scores, dozens of works for theater and ballet and many works of chamber music including two books of piano etudes.

ABOUT PHILIP GLASS
After more than five decades, Philip Glass continues to be at the forefront of contemporary music and art. In the early 1960s, Glass spent two years of intensive study in Paris with Nadia Boulanger and, while there, earned money by transcribing Ravi Shankar’s Indian music into Western notation. By 1974 he was creating a large collection of new music for The Philip Glass Ensemble and for the Mabou Mines Theater Company (which he co-founded). This period culminated in Music in Twelve Parts and the landmark opera Einstein on the Beach, on which he collaborated with Robert Wilson. Since Einstein, Glass has expanded his repertoire to include music for dance, theater, chamber ensemble, orchestra and film. His scores have received Academy Award nominations (Kundun, The Hours, Notes on a Scandal) and a Golden Globe (The Truman Show). Several new works have been unveiled in recent years, including two operas in 2013 (The Lost, for the opening of the new opera house in Linz Austria, and The Perfect American, about the death of Walt Disney). Glass’s newest opera, based on Kafka’s The Trial, premiered at London’s Covent Garden in October 2014 and in 2015 the Washington National Opera premiered a newly revised version of his 2007 work, Appomattox, on which he collaborated with librettist Christopher Hampton. Ifé: Three Yoruba Songs, written with his friend and collaborator Angelique Kidjo, was premiered by the Philharmonique de Luxembourg in January 2014; and in 2015 the Los Angeles Philharmonic, conducted by Gustavo Dudamel, premiered his latest concerto, a piece written for pianists Marielle and Katia Labèque. Glass’s memoir, Words Without Music, was released to great acclaim via Liveright Publishing Corporation, a division of W.W. Norton & Company, and last year he was named the eleventh recipient of the Glenn Gould Prize, a lifetime achievement award given to prominent musicians.

ABOUT MATT HAIMOVITZ
Renowned as a musical pioneer, cellist Matt Haimovitz is praised by The New York Times as a “ferociously talented cellist who brings his megawatt sound and uncommon expressive gifts to a vast variety of styles” and by The New Yorker as “remarkable virtuoso” who “never turns in a predictable performance.” He has inspired classical music lovers and countless new listeners by bringing his artistry to concert halls and clubs, outdoor festivals and intimate coffee houses – any place where passionate music can be heard. He brings a fresh ear to familiar repertoire, champions new music, and initiates groundbreaking collaborations, as well as creating innovative recording projects. Besides his relentless touring schedule, he mentors an award-winning studio of young cellists at McGill University’s Schulich School of Music in Montreal.

ABOUT THE PRESENT TENSE INITIATIVE
Under the guidance of curator Trevor Smith, the Present Tense Initiative celebrates the central role that creative expression plays in shaping our world. The Present Tense Initiative engages leading creative agents and thinkers to cultivate innovative experiences fueled by the intersection of cultures, disciplines and technologies. By encouraging innovation and fostering new forms of creativity, PEM seeks to push the boundaries of what a museum experience can be.

This program is made possible in part by Jane and Neil A. Pappalardo and the Present Tense Initiative Fund.

ABOUT THE PEABODY ESSEX MUSEUM
Over the last 20 years, the Peabody Essex Museum (PEM) has distinguished itself as one of the fastest-growing art museums in North America. Founded in 1799, it is also the country’s oldest continuously operating museum. At its heart is a mission to enrich and transform people's lives by broadening their perspectives, attitudes and knowledge of themselves and the wider world. PEM celebrates outstanding artistic and cultural creativity through exhibitions, programming and special events that emphasize cross-cultural connections, integrate past and present and underscore the vital importance of creative expression. The museum's collection is among the finest of its kind boasting superlative works from around the globe and across time -- including American art and architecture, Asian export art, photography, maritime art and history, Native American, Oceanic and African art. PEM's campus affords a varied and unique visitor experience with hands-on creativity zones, interactive opportunities and performance spaces. Twenty-four noted historic structures grace PEM’s campus, including Yin Yu Tang, a 200-year-old Chinese house that is the only such example of Chinese domestic architecture on display in the United States, and the Phillips Library, which holds one of the nation’s most important museum-based collections of rare books and manuscripts. HOURS: Open Tuesday-Sunday, 10 am-5 pm. Closed Mondays, Thanksgiving, Christmas and New Year's Day. ADMISSION: Adults $20; seniors $18; students $12. Additional admission to Yin Yu Tang: $6 (plus museum admission). Members, youth 16 and under and residents of Salem enjoy free general admission and free admission to Yin Yu Tang. INFO: Call 8667451876 or visit pem.org