Order of Imagination: The Photographs of Olivia Parker

SALEM, MA — For more than 40 years, Olivia Parker (b. 1941) has used photography to explore the relationships between vision, knowledge, and the natural world. From deceptively simple still lifes that transform the commonplace to her most recent work exploring memory loss, Order of Imagination: The Photographs of Olivia Parker features more than 100 intricately composed photographs that reflect the artist’s wide creative range and unflagging curiosity. On view at the Peabody Essex Museum (PEM) from July 13 through November 11, 2019, this is the first exhibition to present a comprehensive retrospective of Parker’s extensive career.

The work of highly-celebrated and acclaimed photographer Olivia Parker is represented in major collections, including the Art Institute of Chicago, the Museum of Modern Art (MoMA) in New York, the Museum of Fine Arts, Boston, the George Eastman Museum, and PEM. Originally trained as a painter, the Massachusetts-based artist notes that she is drawn to photography for its ability to create a controlled dialogue between nature and abstraction, permanence and ephemerality, and for its ability to use light to sculpt form and define space. 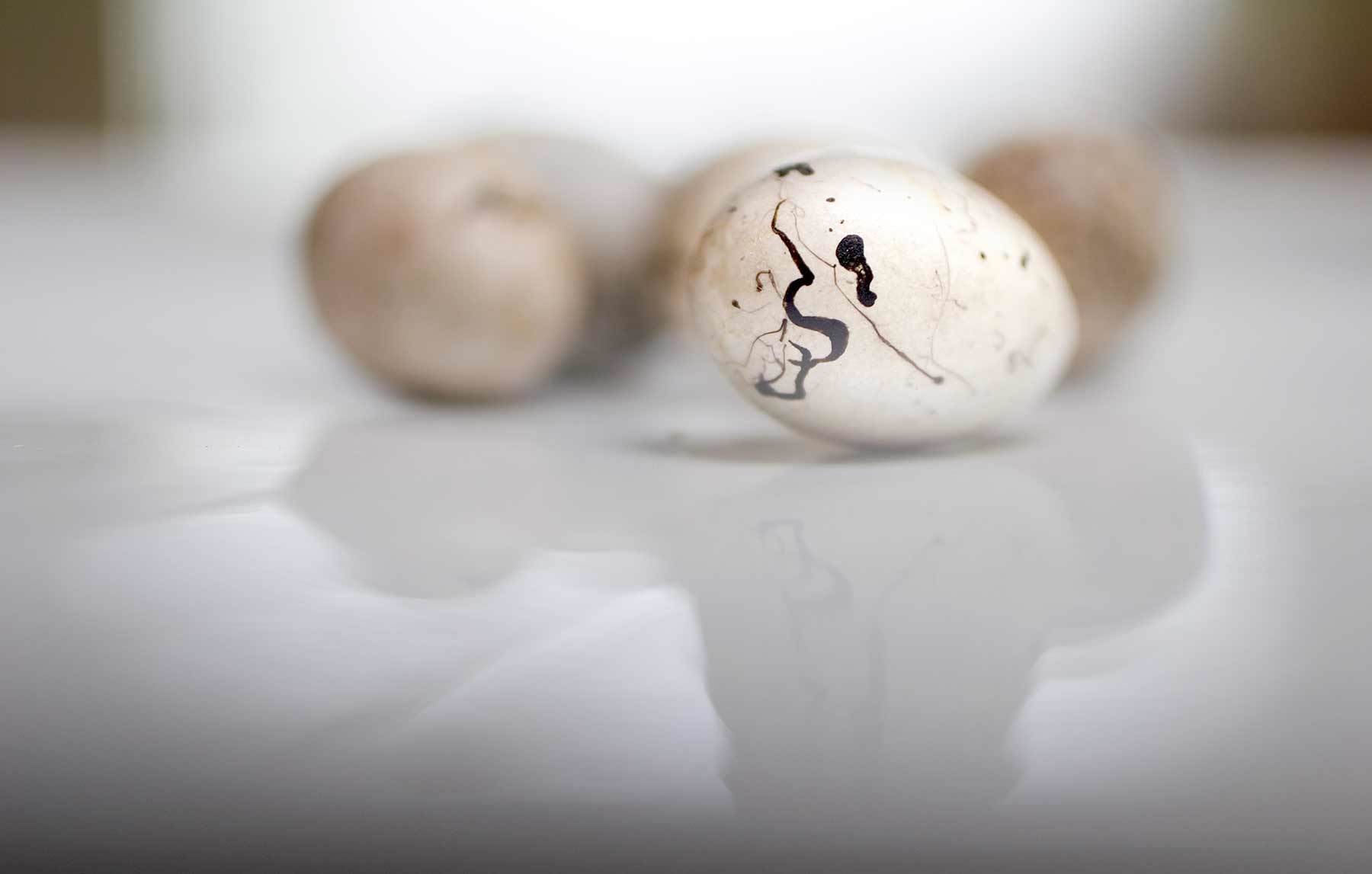 Parker recalls spending much of her childhood either at museums or outside exploring her surroundings– climbing trees, tramping through the woods and observing natural phenomena. In 1967, the year Parker’s first child was born, she and her husband John moved to a sprawling house on a hill overlooking the ocean in Manchester. This proximity to the ocean encouraged daily walks, where Parker often found shells, kelp, driftwood and other natural objects that inspired her painting and later her photography.

Parker’s decision to transition from painting to photography in the early 1970s coincided with the development of a robust and rapidly expanding photography community in the Boston area. In this period, Parker began making alluring and poetic images assembled from a rich variety of found objects including shells, feathers, animal skeletons, scraps of metal, maps, old books, and nautical charts. Whether a Renaissance text, an 18th-century teacup, or a distinctive bit of metal, Parker incorporates these materials into her photographs and coaxes out their possible meanings through distinctive compositions and her mastery of light. Alongside her photographs, PEM’s exhibition includes an installation of some of the artist’s found objects.

“It is always a gratifying and wonderful journey to be able to look at an artist's whole career,” says Sarah Kennel, PEM’s Byrne Family Curator of Photography. “In the case of Parker’s work, it’s been a great privilege to understand the way she lives and how impacted she is by her environment–the items that she collects, how light and shadow play in her studio, how her wit and understated humor infuse her work. When you begin to unlock these pictures, you discover all of these ways in which she is making little visual jokes and word plays to further enliven the work and reward close reading.” 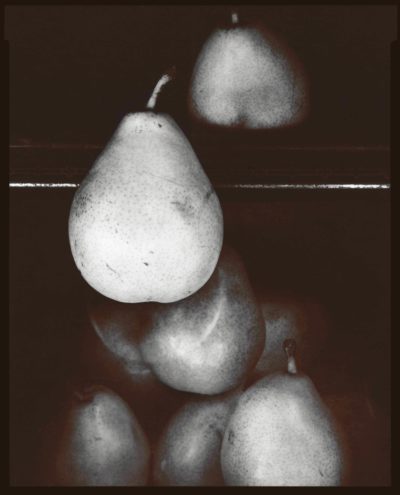 EXPERIMENTAL NATURE
Primarily self-taught as a photographer, Parker has always explored a rich variety of photographic processes and materials. The exhibition opens with Parker’s earliest photographs from the late 1970s through the late 1980s, a period marked by artistic innovation and experimentation with the gelatin silver printing process, including Parker’s exploration of split-toning. This is a darkroom phenomenon that occurs when a print is left for longer than recommended in a selenium toner bath, causing the normally neutral black and white tones of a photograph to take on rich warm reds in some areas and cool bluish-greens in others. Using this technique to give depth and definition to her prints, she created evocative and meditative compositions that explore objects on the cusp of transformation—for example, a bulb awaiting new life, or flowers on the edge of decay.

During this time, Parker was part of an expanding group of photographers embracing Polaroid processes and using the Polaroid Corporation’s 20x24 camera—its largest manufactured apparatus—to make extraordinarily lush images, rife with detail. Drawn to color’s emotive and descriptive potential, she also made and processed dye destruction prints, sometimes placing and exposing the positive film directly in the camera in order to take full advantage of the process’s richness and subtlety of tone. Working in color and on a larger scale also encouraged Parker to more directly incorporate elements of still-life painting traditions into her work. 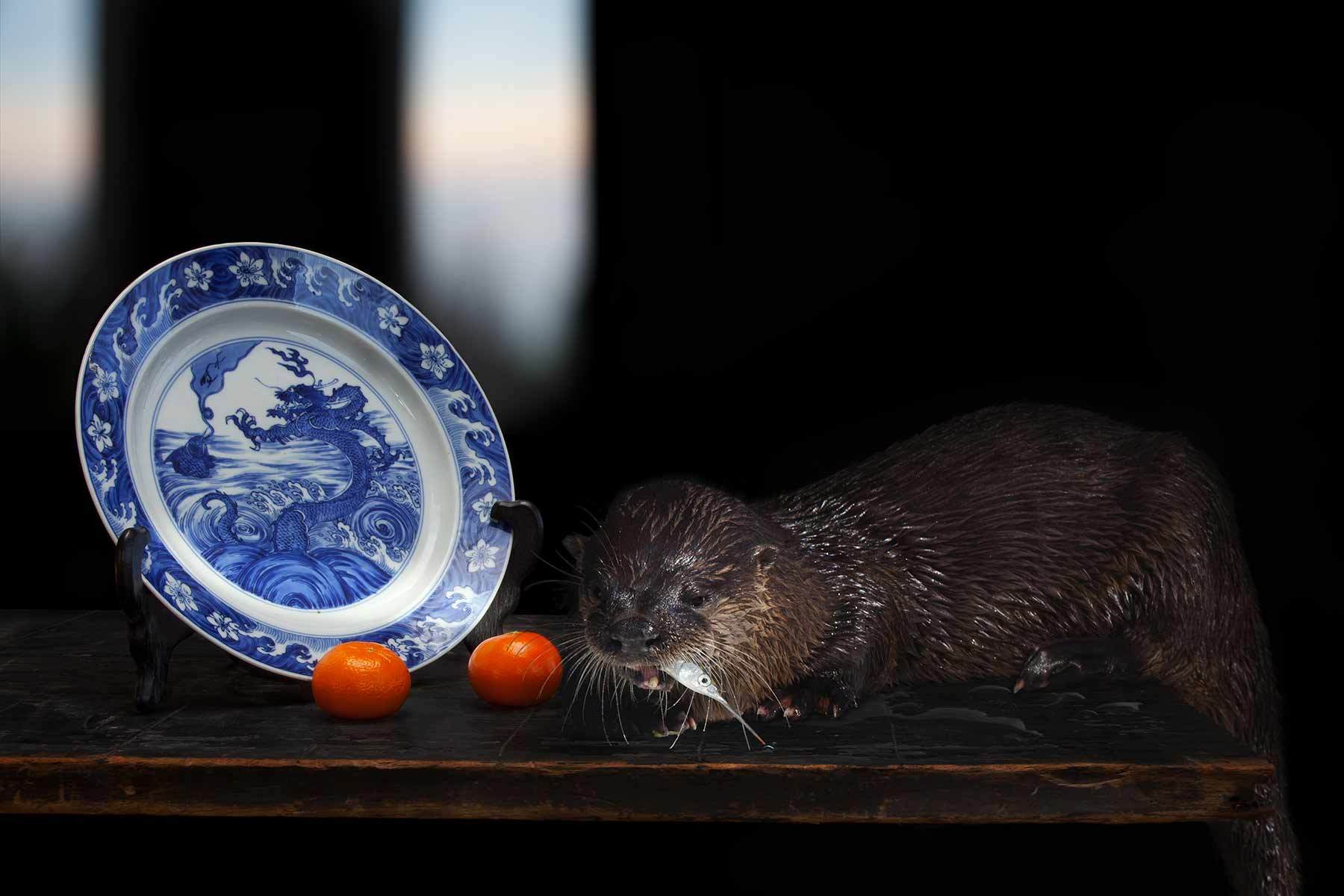 EMBRACE OF NEW TECHNOLOGIES
In the early 1990s, Parker learned Photoshop and was one of the first artists to use digital image composition techniques as part of a fine art practice. Scanning and recombining many of her negatives into new compositions, Parker discovered that digital forms of image composition extended her long-standing practice of visual collage and assemblage. As she experimented with new technologies of image production, she also reflected on how images are continually transformed as they are passed down through history. Incorporating aspects of old books and scientific treatises into her photographs, Parker explores how both visual and verbal knowledge accumulates and changes over time.

RELATIONSHIP TO TRADITION
While Parker's early training as an art historian and painter has long influenced much of her work, around 2010 she began to make photographs that directly engage with and transform the history of still life painting; particularly 17th-century Dutch and Spanish traditions.  By seamlessly integrating a disparate variety of objects–some with historical referents and others clearly from our modern world–or by putting “still life” into motion, Parker offers a witty update to these enduring traditions. Her ongoing experiments with light, color, shadow, and focus imbue her photographs with a sense of the mutable and the surreal. They also reflect on illusionism in both painting and photography, challenging our perceptions of reality. 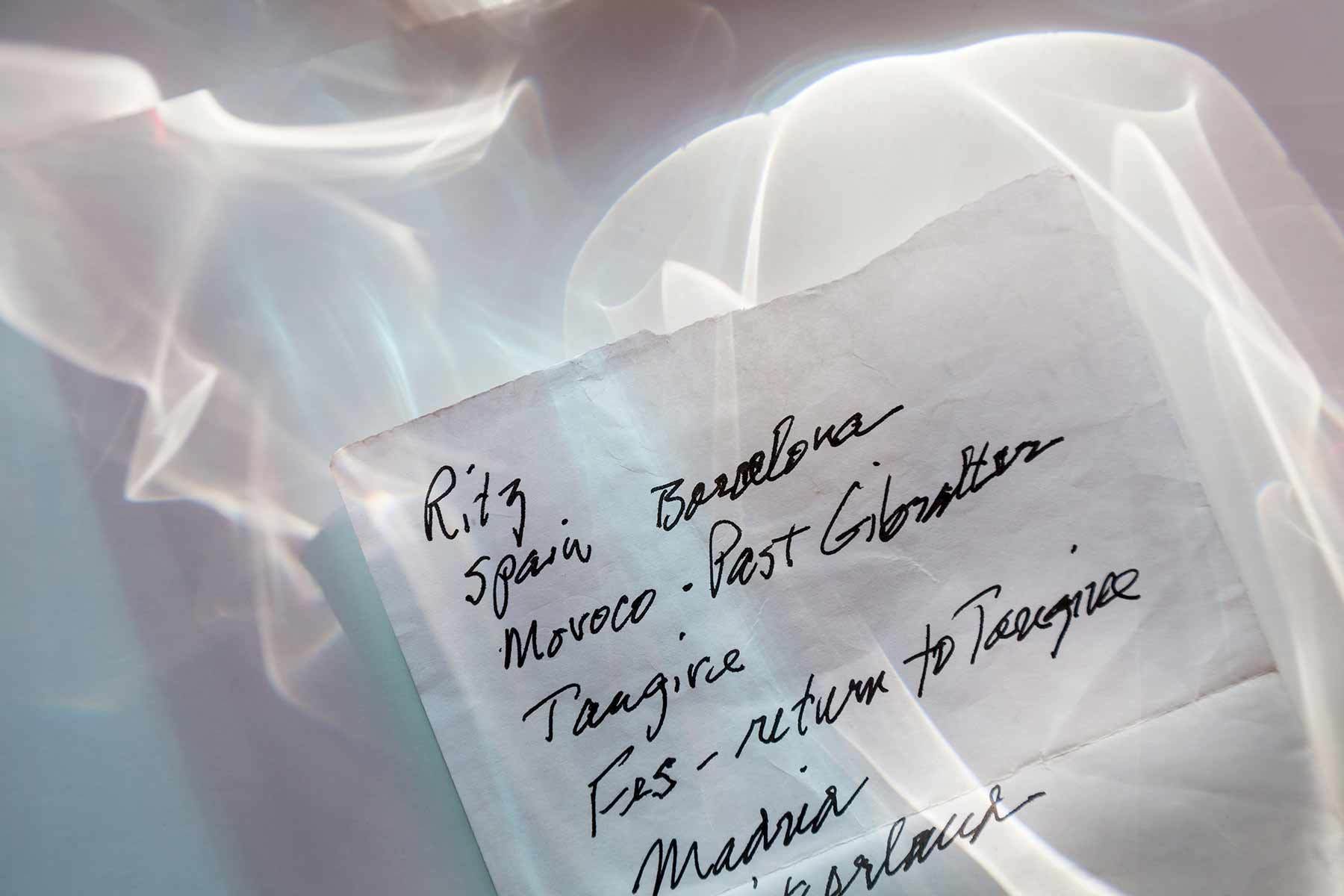 PERSONAL JOURNEY
The exhibition concludes with Parker’s most recent series of photographs, detailing the devastating impact Alzheimer’s disease had on her late husband, John. With empathy, honesty, and creativity, Parker chronicled the progress of his illness by portraying his increasingly chaotic, perceptual, and emotional world. She began the series “Vanishing in Plain Sight” by recording evidence of the illness as it took hold–the office supplies that John kept accumulating or the notes that he wrote to remind himself of things, both important and mundane. As John’s disease progressed, Parker sought to understand and convey his increasingly unstable perceptual experiences. These photographs, which are infused with a sense of shimmering instability, are accompanied by Parker’s written observations. Though she had long manipulated light in various ways, for this series Parker began to move the camera during exposure to further convey a sense of mutability.  John died in 2016, and she continues to work on this series, finding it fruitful terrain for the exploration of impermanence and transition, flux and change.

“As an artist, Parker is one of the most intensely curious and deeply intelligent people I have ever met. Her interest in the world–the natural world but also the world of ideas–is expansive and seemingly endless,” says Kennel. “I hope visitors to the exhibition feel inspired and delighted by the opportunity to step into by Parker’s distinctive, imaginative realm.”

EXHIBITION CATALOG
Order of Imagination: The Photographs of Olivia Parker is a 224-page fully illustrated book and the definitive study of Parker’s career. Edited by exhibition curator Sarah Kennel, the Byrne Family Curator of Photography at the Peabody Essex Museum, the publication includes poet and essayist Rachel Hadas’ reflections on art’s ability to offer solace amidst grief. More than 100 beautifully illustrated works, many of which are published here for the first time, are accompanied by Parker’s lyrical reflections on her art and process. Available at the pemshop.com

EXHIBITION CREDIT
Generous support for this exhibition is provided by Susan and Appy Chandler, Carolyn and Peter S. Lynch and The Lynch Foundation, Jennifer and Andrew Borggaard and Kate and Ford O'Neil. We also recognize the generosity of the East India Marine Associates of the Peabody Essex Museum.

ABOUT THE PEABODY ESSEX MUSEUM
Over the last 20 years, the Peabody Essex Museum (PEM) has distinguished itself as one of the fastest-growing art museums in North America. Founded in 1799, it is also the country’s oldest continuously operating museum. At its heart is a mission to enrich and transform people's lives by broadening their perspectives, attitudes and knowledge of themselves and the wider world. PEM celebrates outstanding artistic and cultural creativity through exhibitions, programming and special events that emphasize cross-cultural connections, integrate past and present and underscore the vital importance of creative expression. The museum's collection is among the finest of its kind boasting superlative works from around the globe and across time -- including American art and architecture, Asian export art, photography, maritime art and history, Native American, Oceanic, and African art, as well as one of the nation’s most important museum-based collections of rare books and manuscripts. PEM's campus affords a varied and unique visitor experience with hands-on creativity zones, interactive opportunities and performance spaces. Twenty-two noted historic structures grace PEM’s campus, including Yin Yu Tang, a 200-year-old Chinese house that is the only such example of Chinese domestic architecture on display in the United States. HOURS: Open Tuesday-Sunday, 10 am-5 pm. Closed Mondays, Thanksgiving, Christmas and New Year's Day. ADMISSION: Adults $20; seniors $18; students $12. Additional admission to Yin Yu Tang: $6 (plus museum admission). Members, youth 16 and under and residents of Salem enjoy free general admission and free admission to Yin Yu Tang. INFO: Call 866-745-1876 or visit pem.org