Contemporary art at PEM draws out the cultural complexities that give our lives meaning.

Contemporary artists help us connect our histories with our lived experience so we can imagine a better future for ourselves and our communities. We like to say that PEM’s collection has always been contemporary, as the museum’s founders, the first global entrepreneurs in the United States, acquired the arts, culture, and curiosities of their day. In 2008, the museum hired its inaugural curator of contemporary art, a position now known as the curator of the present tense. Unlike most museums, PEM does not isolate contemporary art from other curatorial departments; instead, the curator of the present tense seeks to collaborate with living artists and curators across departments to integrate contemporary practices throughout the museum’s endeavors. 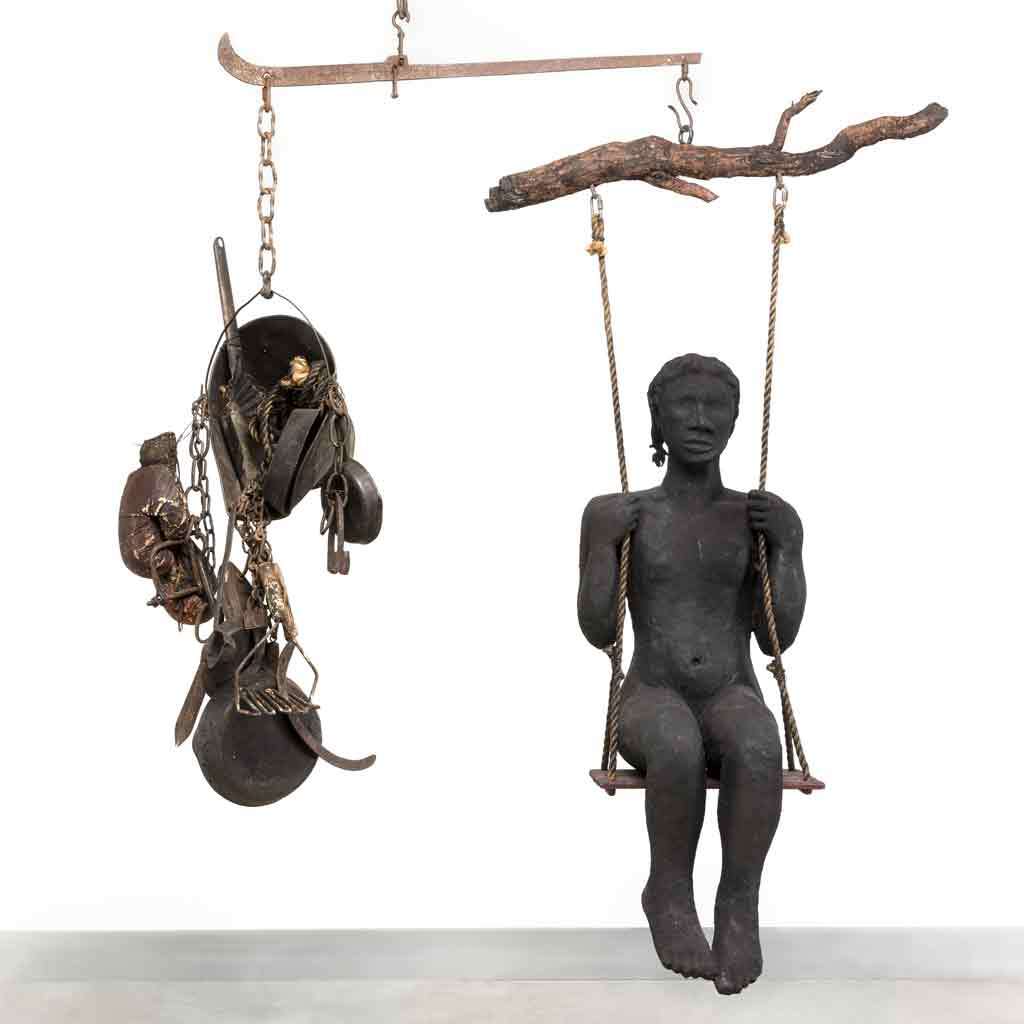 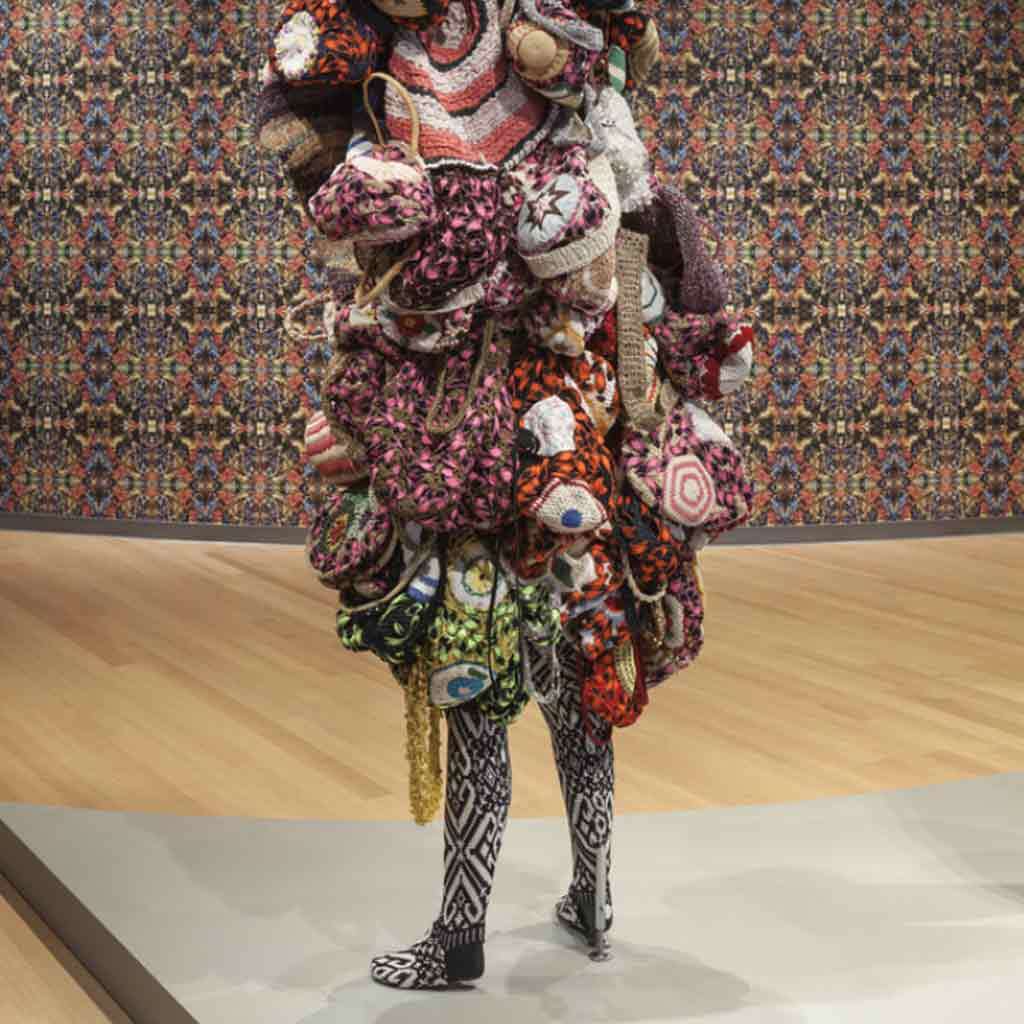 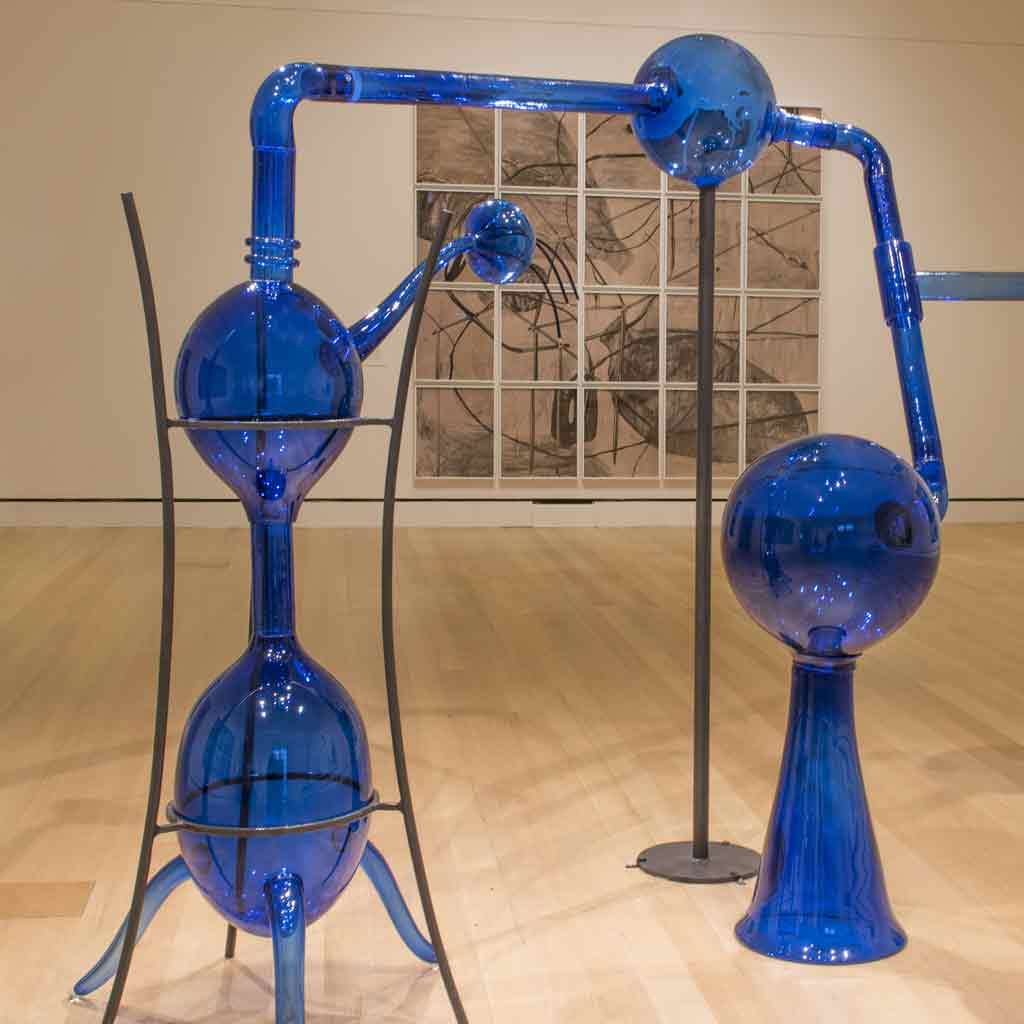 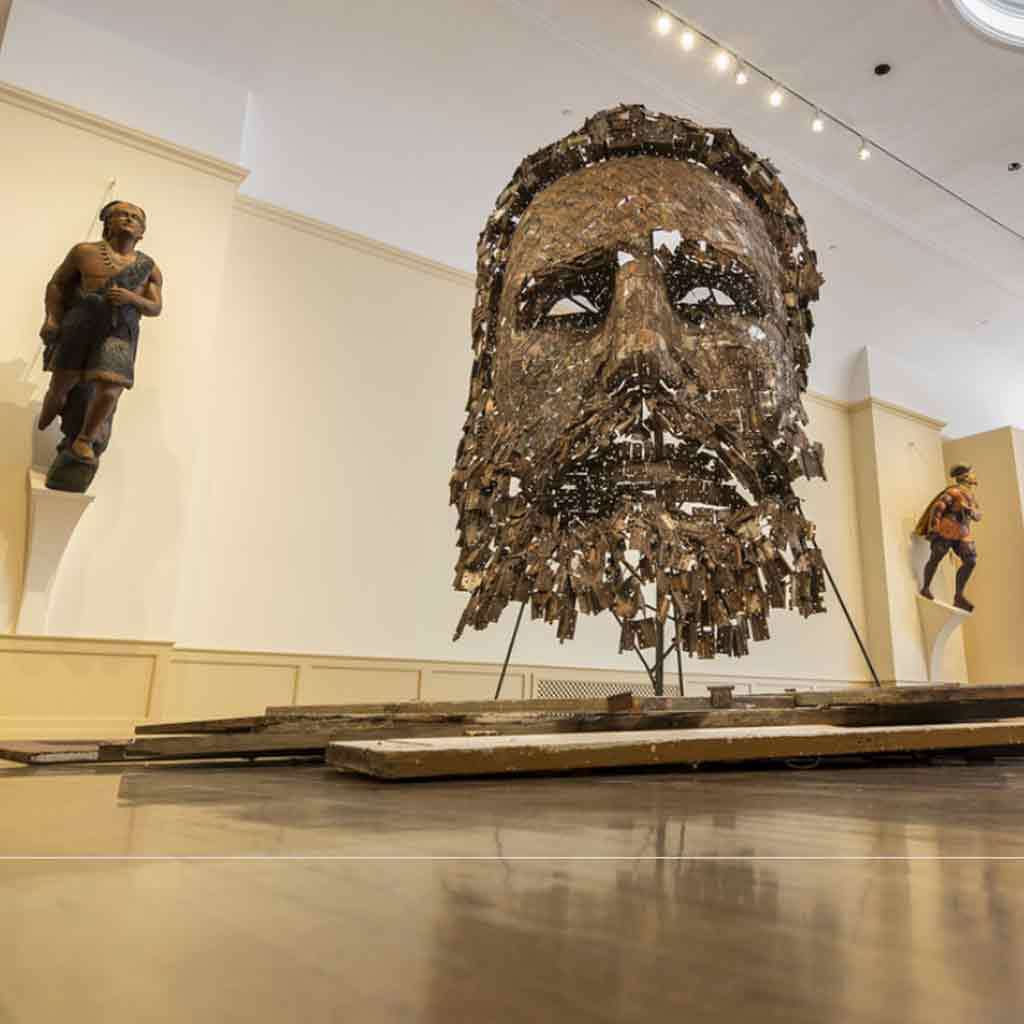 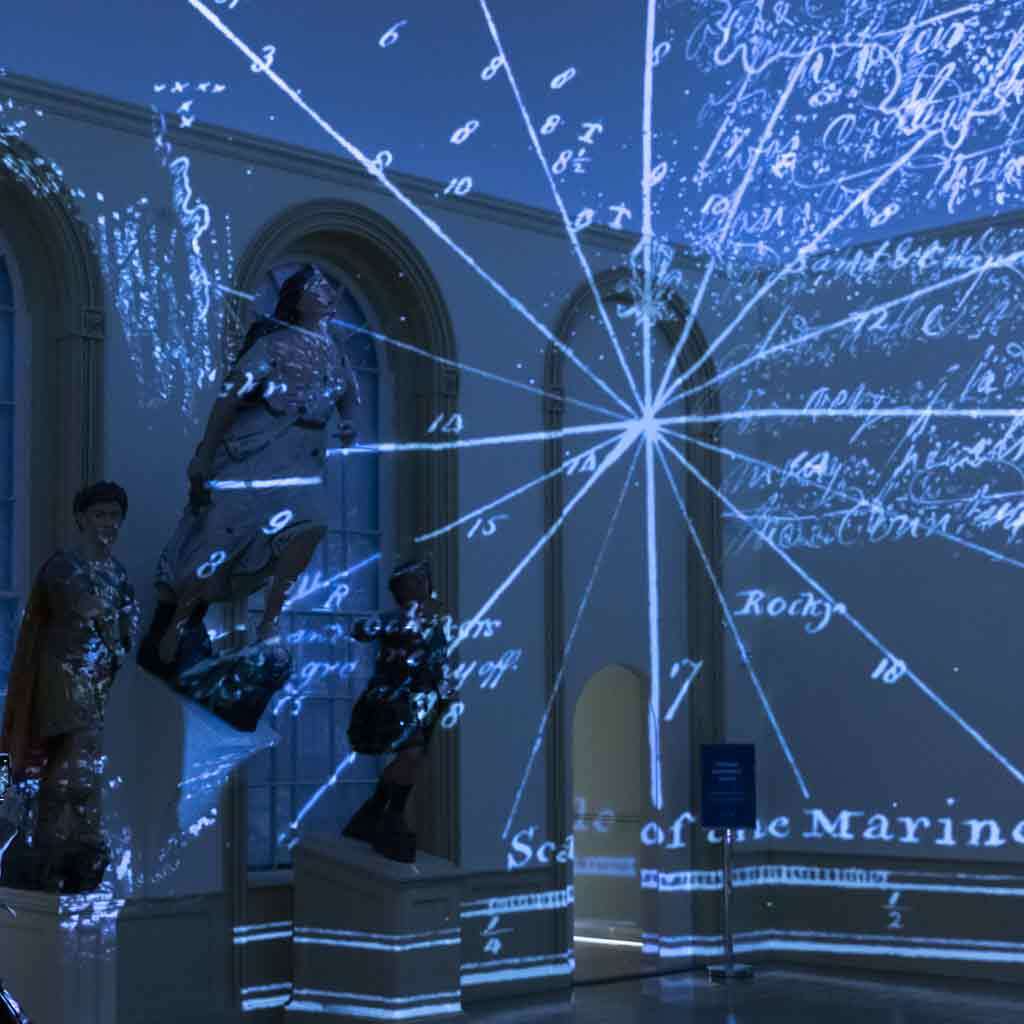 Since 2010, with funding provided by Nancy B. Tieken, Fay Chandler, Susan Esco Chandler and Alfred D. Chandler, and Terry and Dick Albright, among others, the museum has commissioned new works to give contemporary voice to our historical legacy. The first such work, Charles Sandison’s Figurehead, gives voice to the merchants who founded this institution by projecting ships’ logs and journals inside East India Marine Hall. Almost ten years later, Vanessa Platacis used her virtuoso stenciling technique to represent motifs and works in the museum’s decorative arts collections, with particular focus on PEM’s celebrated Chinese export porcelains, including the important collection donated by Pamela Cunningham Copeland. Other commissions such as Maria Magdalena Campos-Pons look at more recent aspects of global trade. In 2020, through the support of Jeffrey P. Beale, the museum inaugurated a gallery dedicated to such immersive experiences, furthering our commitment to multisensory and interdisciplinary works, such as Kimsooja: Archive of Mind.

Figurative works exploring issues of power and equity come to the fore in recent acquisitions. In Alison Saar’s Weight, a young Black girl sits on a swing attached to a cotton weigh-up scale counterbalanced by domestic implements. We also acquired Alan Michelson’s Hanödaga:yas (Town Destroyer), in which images depicting contemporary traces of George Washington’s brutal campaign of destruction against the Haudenosaunee people are projected onto a neoclassical portrait bust replica of our country’s first president.

A more redemptive note about the transformative potential of art is sounded by Nicholas Galanin’s Tsu Heidei Shugaxtutaan (We Will Again Open This Container of Wisdom That Has Been Left in Our Care ), Parts I and II and Nick Cave’s Soundsuit, which explore the significance of music and dance across and within cultures. In April 2013, a few days after the Boston Marathon bombing, Cave staged a participatory event with his Soundsuits that brought together art, dance, and music. It offered our community a chance to heal and reflect on the complex cultural connections — good, bad, and sometimes ugly — that creativity and art mediate in giving our lives meaning.