Patrick Kelly: Runway of Love celebrates the career and legacy of fashion designer Patrick Kelly (born in Vicksburg, Mississippi, 1954–1990). Based in Paris from 1979, Kelly was primarily self-taught and fearlessly drew inspiration from his experiences growing up in the American South, his Black heritage, his days in the New York and Paris club scenes, and his personal muses. His light-hearted and sophisticated designs pushed racial and cultural boundaries, asserted Black empowerment, and were rooted in expressions of love and joy. The exhibition was first presented at the Philadelphia Museum of Art in 2014 and revised for presentation at the Fine Arts Museum of San Francisco. The exhibition at PEM situates Kelly and his work in the broader context of art and fashion history by exploring the impulses behind his designs, his significant collection of racist memorabilia (images of which he repurposed to tell his own story), and footage from his exuberant and groundbreaking fashion shows.

First presented by the Philadelphia Museum of Art in 2014, and reconstituted by the de Young, Fine Arts Museums of San Francisco in 2021, the exhibition presents more than 75 fully accessorized runway ensembles, dating from 1984 to 1989.

Patrick Kelly: Runway of Love is organized by the Philadelphia Museum of Art in collaboration with the Fine Arts Museums of San Francisco.

The exhibition is made possible by the generosity of Carolyn and Peter S. Lynch and The Lynch Foundation, Angus and Leslie Littlejohn, and Susan and Appy Chandler. Additional support was provided by individuals who support the Exhibition Incubation Fund: Jennifer and Andrew Borggaard, James B. and Mary Lou Hawkes, Kate and Ford O'Neil, and Henry and Callie Brauer. We also recognize the generosity of the East India Marine Associates of the Peabody Essex Museum.

This award-winning documentary, Patrick Kelly: An American in Paris, traces the brief creative life of the artist who forever changed fashion.

Learn what steps are being taken to ensure the health and safety of our community at pem.org/safety.

Visitors may purchase advanced general admission tickets at pem.org/tickets or by calling 978-542-1511. 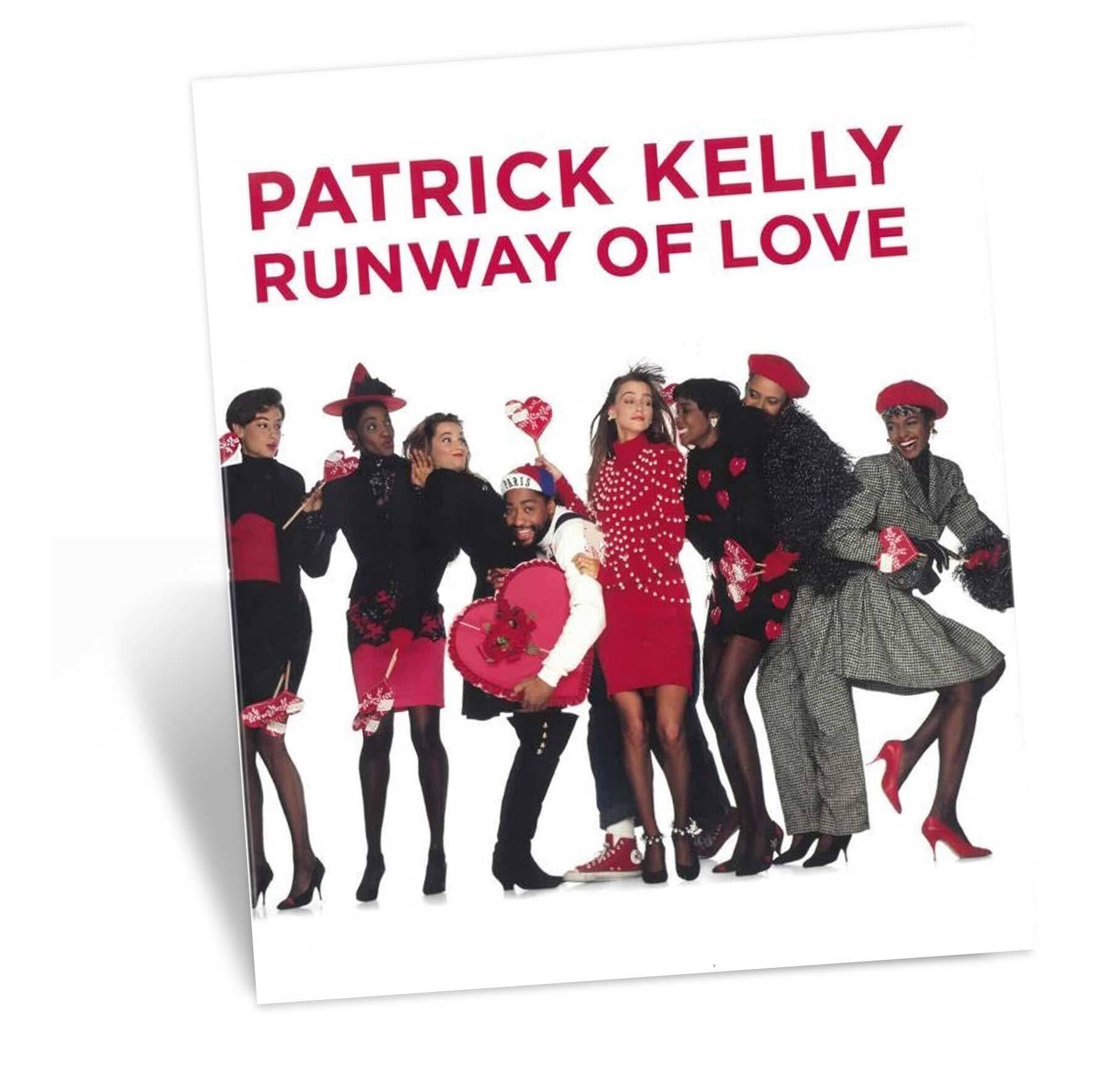 Generously illustrated with hundreds of images of runway photography, garments on mannequins, and never-before-published archival materials, this book is an unprecedented exploration of Patrick Kelly’s influential career. Visit the Museum Shop in person or online.