Gu Wenda is among the most significant artists to emerge from China in the last 50 years. His awe-inspiring installations immerse visitors in a vision of shared humanity, global connectivity, and mass participation. He began as an ink painter, but by 1993 Gu began his United Nations series, in which he works with human hair and other bodily materials. In 2000, he debuted his most expansive hair installation to date, United Nations: Man and Space, which recreated the 188 flags of the member states of the United Nations from hair samples sourced from six continents. Using a material viscerally associated with the human body, this dramatic installation makes a powerful statement about what unites us as human beings across borders, racial, and political divides.

Gu Wenda: United Nations is organized by the Peabody Essex Museum. The exhibition at PEM is made possible by the generosity of Carolyn and Peter S. Lynch and The Lynch Foundation. Additional support was provided by individuals who support the Exhibition Incubation Fund: Jennifer and Andrew Borggaard, James B. and Mary Lou Hawkes, Kate and Ford O'Neil, and Henry and Callie Brauer. We also recognize the generosity of the East India Marine Associates of the Peabody Essex Museum. 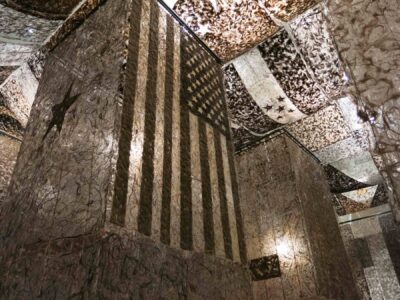 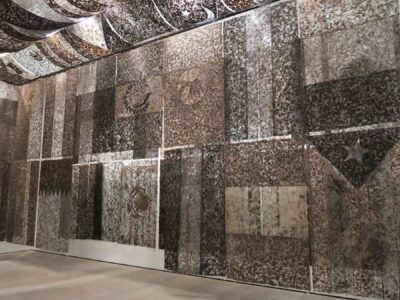 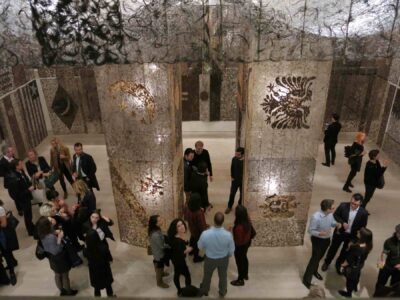 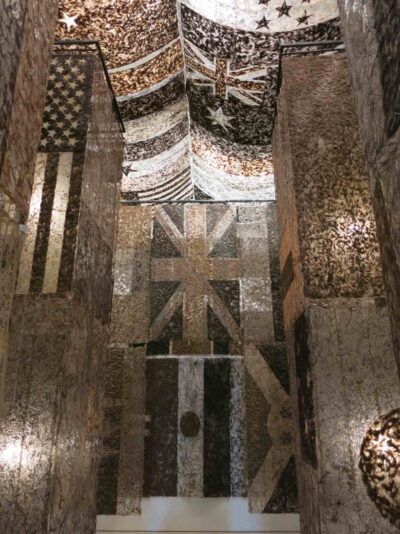