The subject of shipwrecks has long held broad fascination among artists and the public alike. Through this new series of dramatic depictions of historic shipwrecks, American artist Alexis Rockman symbolizes the impact that the migration of goods, people, plants, and animals has had on our planet. Ten oil paintings along with watercolors will be displayed in the museum’s East India Marine Hall. Building further on Rockman’s theme, installing Rockman’s paintings in this historic hall is also an opportunity to be reminded of the shadow of potential disaster that hung over every voyage at sea, the threat that made each gathering of the East India Marine Society, PEM’s originating organization, a celebration of the life that its members could not take for granted.

Alexis Rockman (born 1962) is a contemporary American painter known for his fantastical paintings tackling ecological issues—such as climate change and species extinction—through his large-scale artworks. Rockman studied at the Art Student’s League and the Rhode Island School of Design before earning a BFA at the School of Visual Arts in 1985. He had a mid-career retrospective at the Smithsonian American Art Museum in 2010. Rockman currently lives and works in New York, NY.

Share your impressions with us on social media using #AlexisRockman

Alexis Rockman: Shipwrecks is organized by Guild Hall of East Hampton, N.Y. and presented by the Peabody Essex Museum. The exhibition is made possible by the Nancy B. Tieken Memorial Fund and supporters of the Present Tense Initiative, including The Jeffrey P. Beale Fund for Contemporary Art and Matthew and Rebekah Gardiner. Carolyn and Peter S. Lynch and The Lynch Foundation, Jennifer and Andrew Borggaard, James B. and Mary Lou Hawkes, Kate and Ford O'Neil, and Henry and Callie Brauer provided generous support. We also recognize the generosity of the East India Marine Associates of the Peabody Essex Museum. Support for the Guild Hall exhibition and tour has been provided by Angela Westwater, Sperone Westwater, Fiona and Eric Rudin, Philip Aarons and Shelley Fox Aarons, James E. Cottrell and Joseph F. Lovett, and Hall Art Foundation. 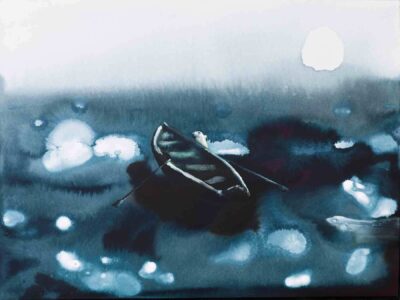 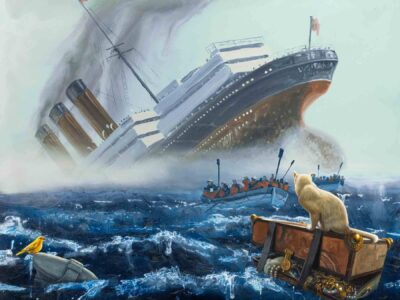 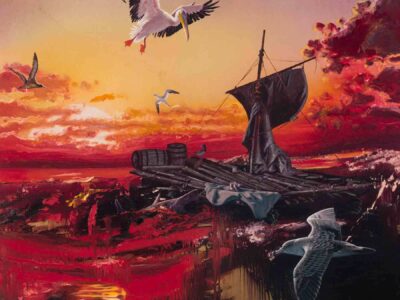 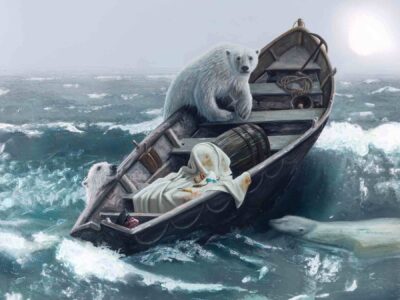 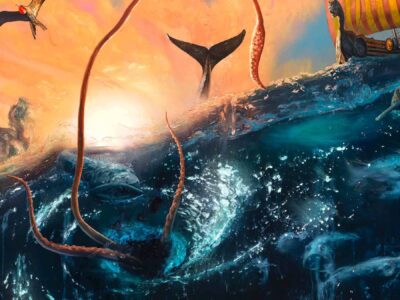 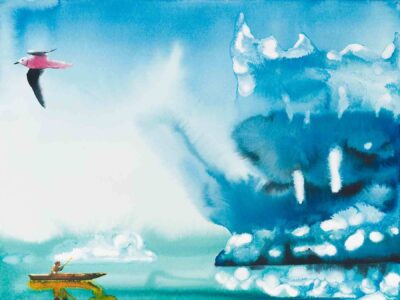 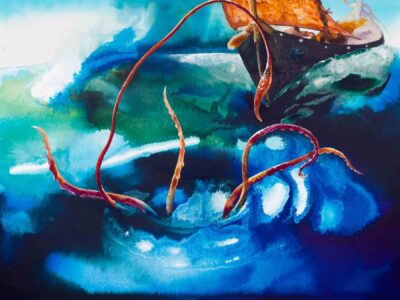 Alexis Rockman, The Kraken, 2019. Watercolor and acrylic on paper. Courtesy of Tiffany and Harrison Westwater. 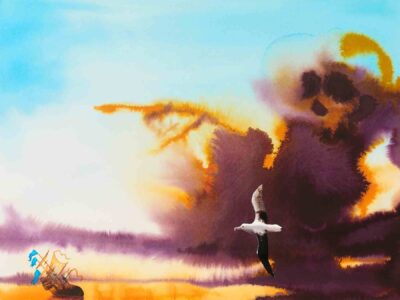 Alexis Rockman, The Rhyme, 2020. Watercolor and acrylic on paper. Courtesy of the artist and Sperone Westwater, New York. 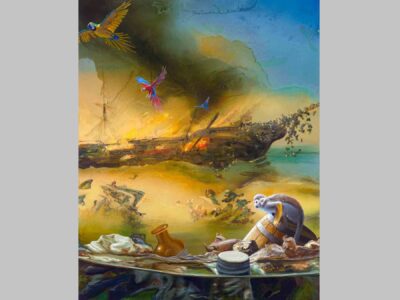 Alexis Rockman, The Sinking of the Brig Helen, 2017. Oil on dibond. Courtesy of David Roth and Heifara Rutgers. 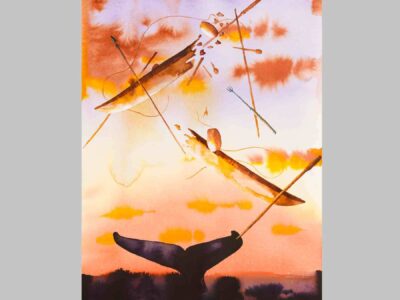 Alexis Rockman, The Whale Strikes Back (after Raleigh), 2019. Watercolor and acrylic on paper. Courtesy of Christine Sciulli and Carter Burwell, Amagansett, NY.

A word with Alexis Rockman