Here at the Phillips Library, we are fortunate to be able to glimpse into the personal lives of fascinating people, unearthing their stories from their own hand and from those who loved them. In an early glimpse of family dynamics, a journal kept by Cora Lee Summers includes assessments of her son Sam's temperament as a baby. It reads: “My name is Samuel Ingram Chamberlain. I am the first son of my parents. I dropped in upon them today at 1:10 pm after a hard journey. I weigh 10½ pounds and am Monarch of all I survey.”

And survey Sam Chamberlain did. He began sketching architectural subjects at MIT in 1915. But Sam found drafting for school boring, and left to sell his watercolors, pen drawings and etchings as a commercial artist. He began publishing books illustrated with his drawings in the 1920s. Although he had a camera with him when he traveled to Europe for the war, his photography did not make a marked uptick until his first daughter was born in 1924.

In the early 1930s he invested in a Zeiss Orix. Sam’s camera would be brought on solo and family car trips throughout New England. Architecture, picturesque sea and landscapes, and other “American Scenes” were the focuses of his lens. These images were shared with the world via Sam’s illustrated books such as Cape Cod in the Sun and Historic Boston in Four Seasons. He published approximately 50 photo-essay books on American and European subjects, as well as combining forces with his wife, Narcissa, to produce several books on “the pleasures of the table” including Bouquet de France: an Epicurean tour of the French Provinces and Flavor of Italy, in Recipes and Pictures.

The Phillips Library recently released over 5,000 images taken by Sam Chamberlain via a collaboration with Digital Commonwealth. The Library not only holds Samuel Chamberlain’s negatives, but also his personal, business and family papers. A substantial portion of this collection includes papers authored and kept by Narcissa Chamberlain, as well as papers regarding their collaborative projects. The finding aid for the collection can be viewed here. The papers and personal images we hold show a very warm and family orientated man whose etchings, photography, and publications were influenced by the places he lived in and traveled to with his family. 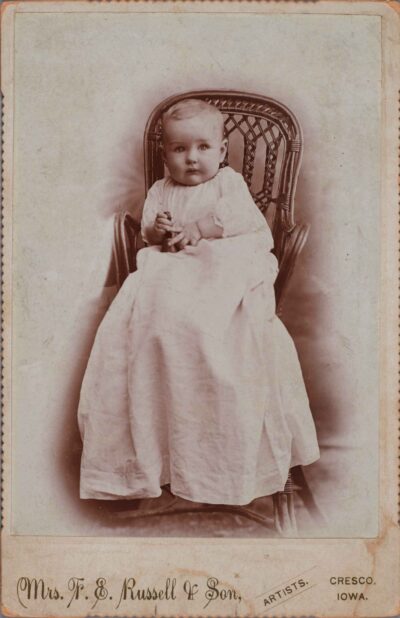 Sam was born in Iowa, lived in Minnesota as of the 1900 census, and was in Washington State by 1910. Starting with his move to Seattle for school in 1913, there is robust correspondence to his parents back in Aberdeen. From the correspondence that survives, it seems as though he wrote home at least weekly. The correspondence is casual, somewhat gossipy regarding acquaintances and his social life, and sometimes included newspaper clippings. His letters are signed “Ingram” until about Spring of 1914, when it switches to Sam or Samuel. 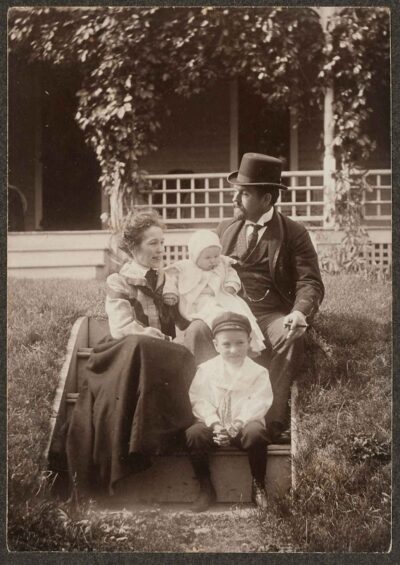 In 1915 he made his way east to enroll at the MIT School of Architecture. He returned to the program after joining the American Field Services as an ambulance driver during World War I, but never finished his degree. Sam’s correspondence to his parents continues while he is on (or near) the Western Front. Upon his return from the war, he bounced back and forth between Boston, Seattle, New York, Ann Arbor, and France, before settling in Marblehead, Massachusetts in the 1930s. 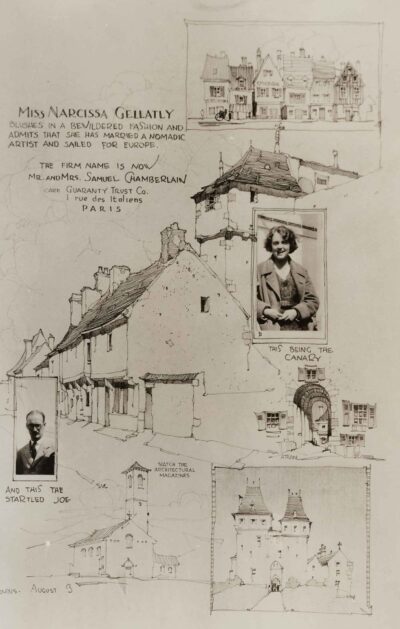 His daughters frequently addressed their parents by their first names. The following letter from Stephanie to her parents thanks them for the “nice, newsy letter.” Narcisse and Stephanie both attended Bennington College in Vermont. After graduating, Narcisse moved to New York City and began a career in editing and publishing, including spending time at Hastings House Publishers, working to publish her father’s work. Stephanie lived and worked in Boston, before moving back to Marblehead. 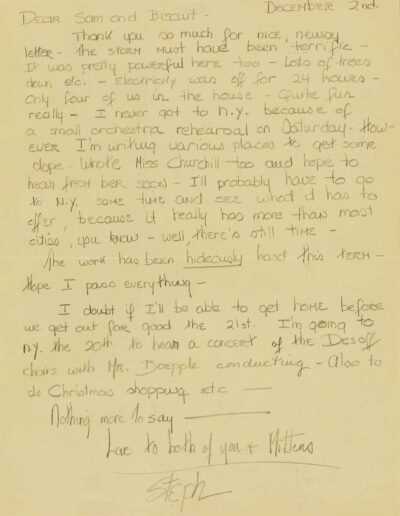 There are many letters in the Phillips Library offering insight into this family, their relationships, and Sam’s business. In correspondence between the Essex Institute and Narcisse during the process of donating her parents’ papers, the discussion of restricting the papers comes up, and she answers:

To be candid, what I have read in letters and know from my own experience of my parents, they led phenomenally blameless lives – no skeletons in these closets! So let us “close” nothing and let me not think up quite unnecessary issues regarding the archives.

With no direct descendants living today, we are happy to be able to preserve this artist and his family’s papers and legacy.

You can find manuscripts, recipes, and art of the Chamberlain family in various repositories. Additional papers of Sam are held by the Archives of American Art. Schlesinger Library holds the papers of Narcisse Chamberlain (1924-2008) as well as her parents’ cookbook collection. Etched in Sunlight is a largely autobiographical work published by Chamberlain in conjunction with the Boston Public Library in 1968. For further resources, please see Chamberlain’s entry on the SNAC cooperative (Social Networks and Archival Context).

TOP IMAGE: Narcisse and Stephanie at beach, Circa 1936. Image available on Digital Commonwealth. 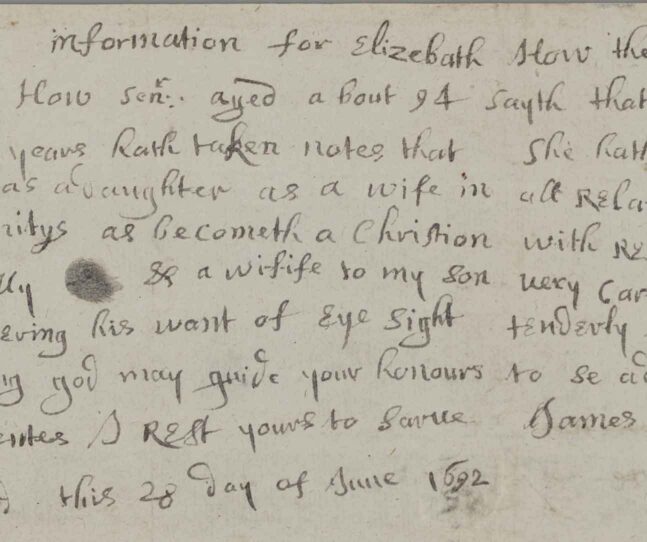 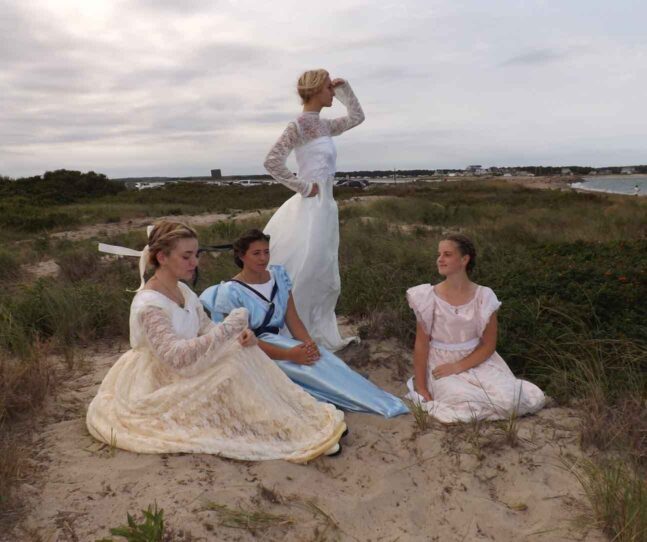 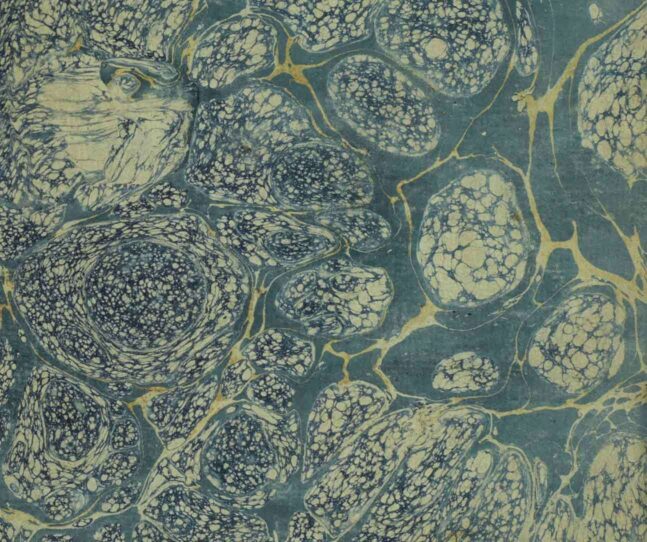 A federal census from Salem lost and found