People tend to look at ships' logs and see indecipherable columns of numbers, unaware that they are actually glimpses into the daily lives of those on a voyage. As he planned our new maritime gallery, opening on the first floor of the new wing this September, Dan Finamore, PEM’s Russell Knight Curator of Maritime Art and History, dove into our library holdings, which are crucial for maritime research. “I wanted to find a way to get people to pause for a minute, look at these more closely, and appreciate how much useful information is packed into these ships' logs,” says Finamore. “By combining the various bits of data, we can flesh out a voyage as more than just a task that was executed, but as an emotional human experience.” 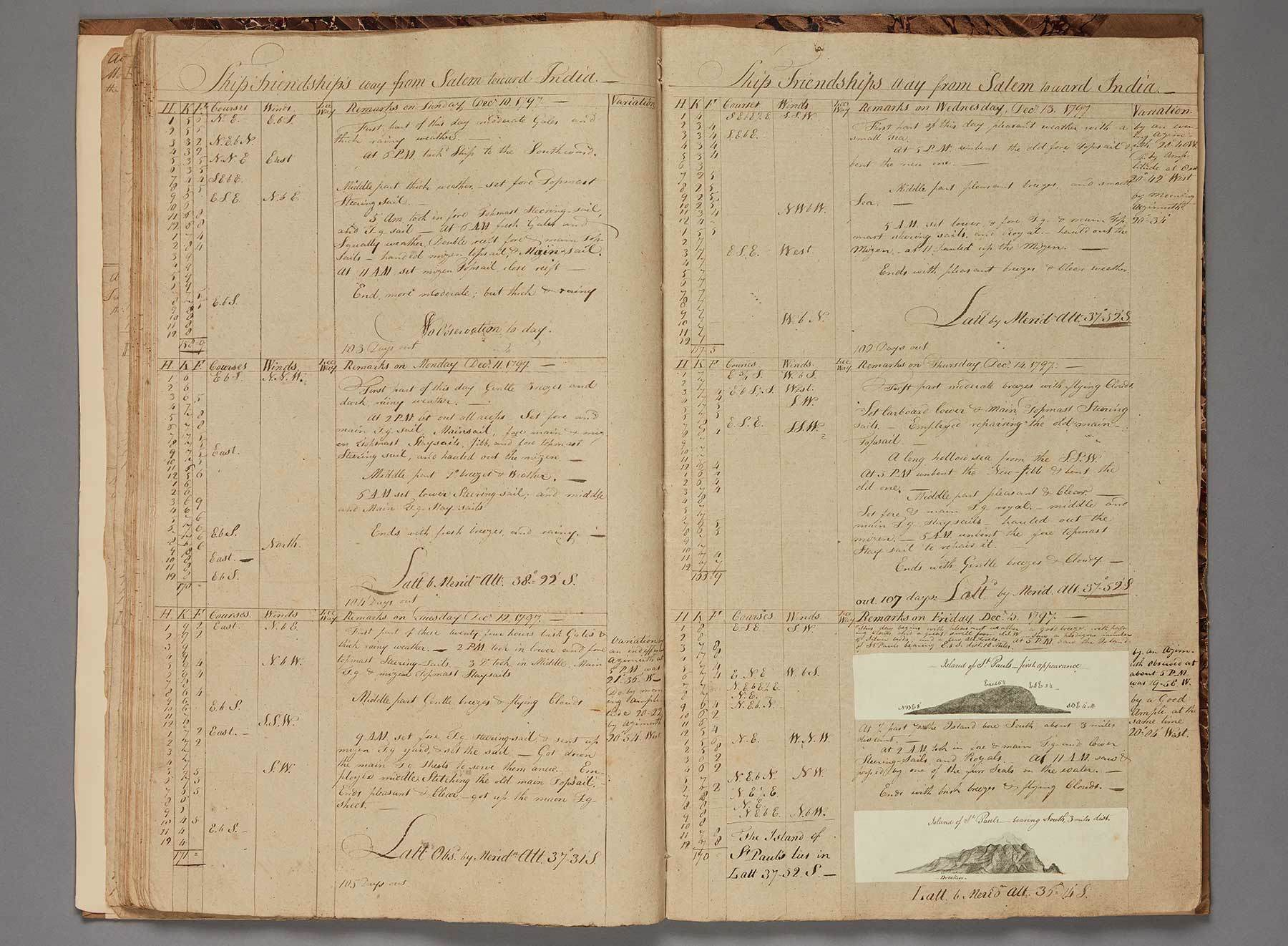 That’s where Joanie Ingraham, a longtime PEM Overseer and volunteer, comes in. Thanks to her maritime background and keen eyes, this fall you can take a voyage to Batavia on the Friendship of Salem, like it’s 1797. Ingraham has spent months pouring over the official log book of that journey, deciphering and decoding 1st mate William Story’s gorgeous handwriting, determining whether it was “fresh breezes” and “flying clouds” or if the crew got caught in weather. 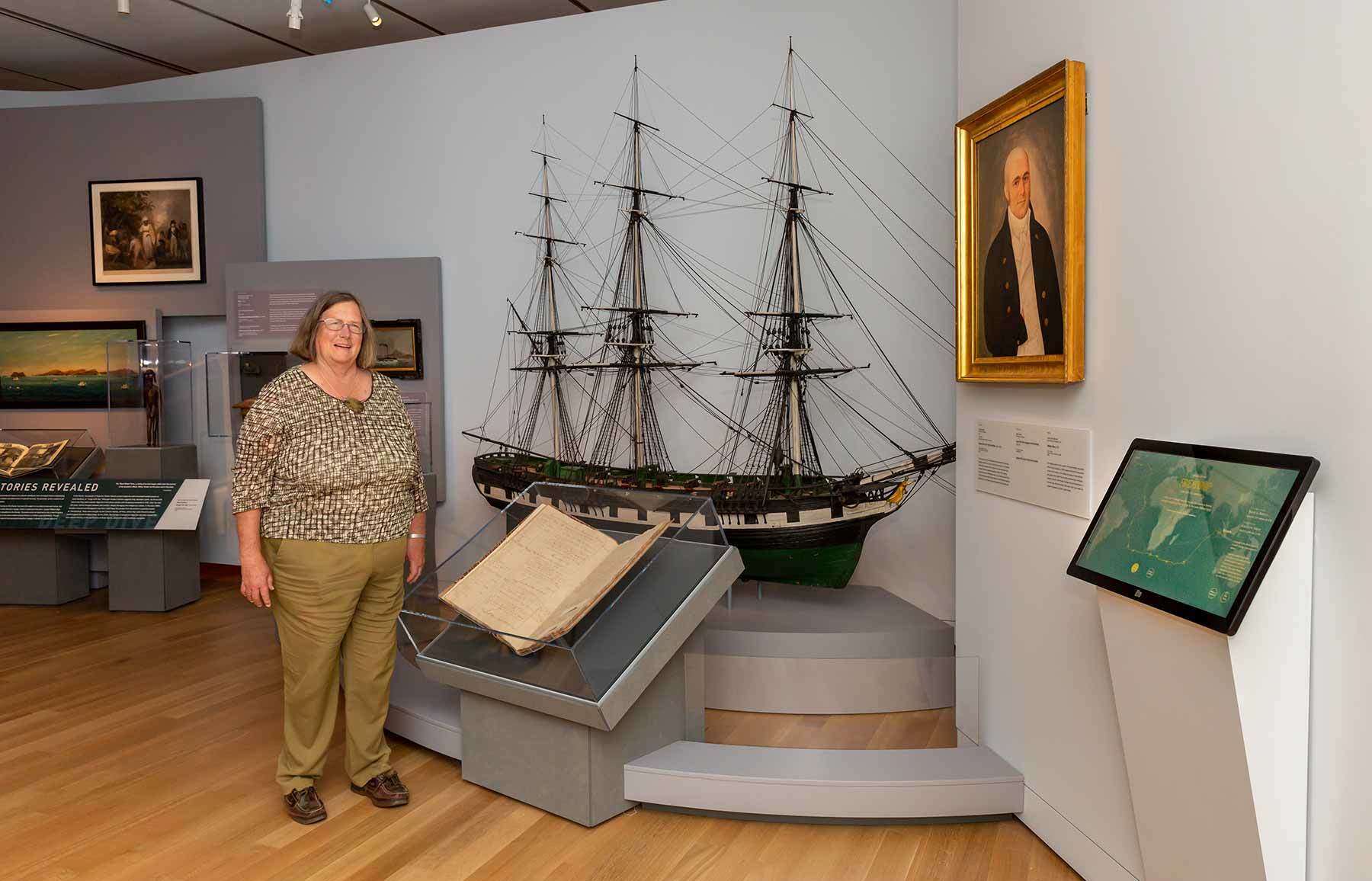 Joanie Ingraham, a longtime PEM Overseer and volunteer stands next to a Friendship log book, in the new Maritime Art Gallery. Photo by Kathy Tarantola/PEM.

“I’m Dan’s go-to person for handwriting reading — logs, old letters, sketchbooks,” says Ingraham, speaking of her long term volunteer position with Finamore. Her work at PEM began when she helped her son Sam, then an intern in the maritime department, with a project. 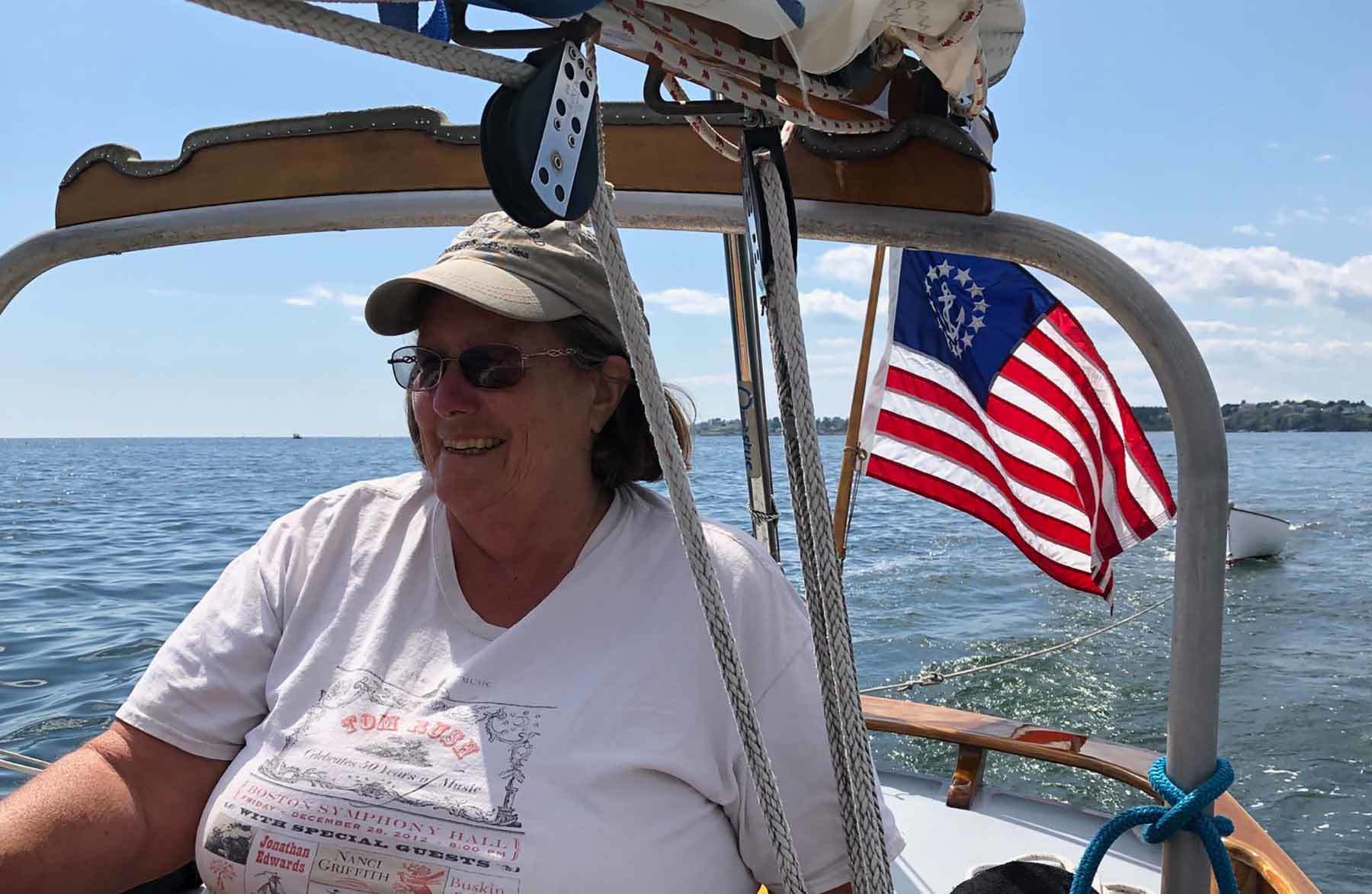 Now, her attention to meticulous detail, ability to keep a spreadsheet and her years as a licensed boat captain have made possible a multimedia interactive in the gallery that will illuminate long sea voyages and global trade for the average person. This will allow visitors to experience highlights of the 10-month maiden voyage of the Friendship’s many journeys, checking in on what Captain Israel Williams and his crew were up to.

Joanie has been enormous help with the project, says Finamore, because she has the patience to decipher 200+-year-old script, and she has the nautical knowledge “and curiosity to doggedly track down the meanings of all sorts of arcane references to shipboard activities which someone reading in a hurry might skim over and miss.” 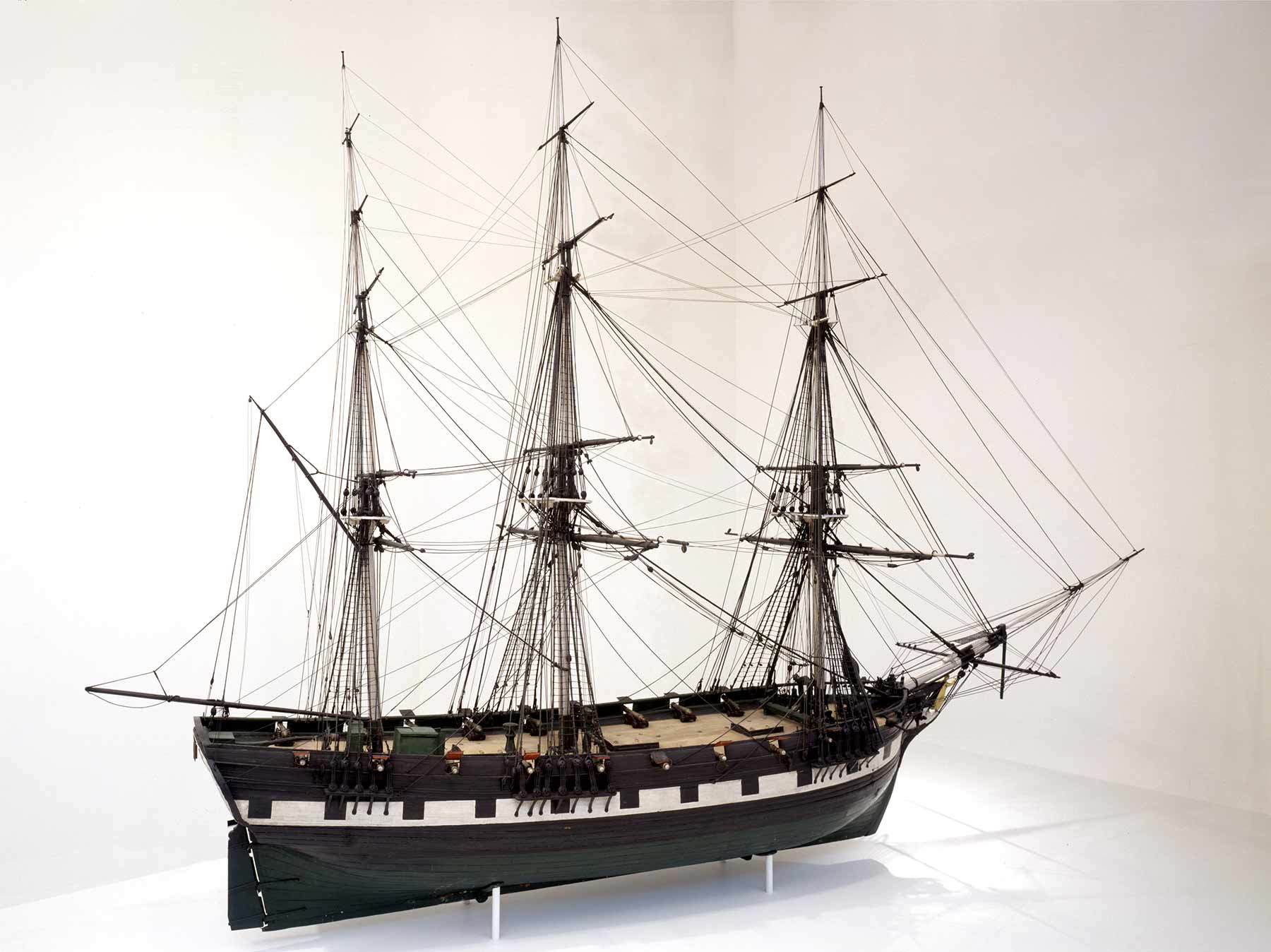 For instance, as it left the mouth of Salem Harbor on August 29, 1797, the 342-ton vessel passed Bakers Island at 9 am and at 3 pm, those on the ship gave three rowdy cheers before the ship’s investors, owners and other fancy passengers got off on another boat and let the real sailors endure the hard journey.

You can’t make this stuff up,” says Ingraham. “It’s Salem’s history. It’s so cool. I love it...anything that Dan hands me, it’s incredible.

For a previous project, Ingraham was charting the voyage of an 18-year-old captain who pined for his girlfriend back in Salem right onto the pages of the ship log before falling overboard and dying. Ingraham became so transfixed with the Friendship’s first voyage that she finished the 1st mate’s log and then started reading the captain’s log, comparing the two of them and making discoveries. For one, the Friendship did no sea trials, no trial run sails. So the ship’s rigging strained in “squally” weather. They were still painting the ship, says Ingraham, shortly before they left for the long voyage. “These guys just left. They just went out. They’re on their way to the East Indies. It’s, to me, amazing.” 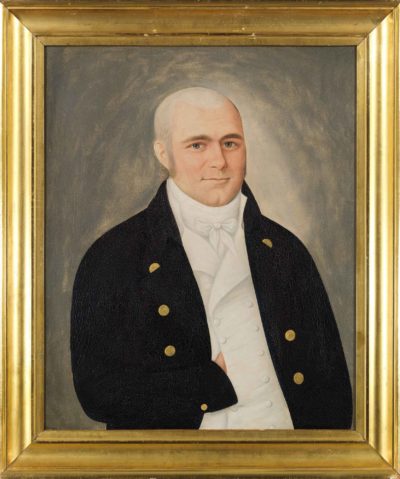 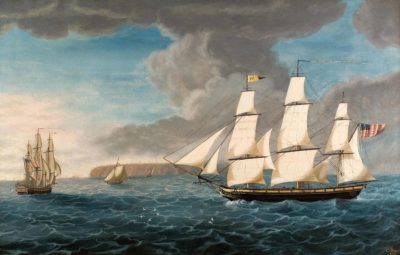 Logbooks are quirky, says Ingraham, clutching her Crocker’s Boat Yard coffee mug. This one is filled with loopy L’s made by quill and ink and columns for the Time, Wind, Course, etc. The Remarks section always begins just after the noon meridian, and starts with a comment on the wind and weather.

The 1st mate’s logbook begins with a port journal, which details loading of the vessel prior to departure. The exchange of goods as part of a global journey — wood taken from Salem for housing, cases of French wine and tobacco — was really the stock market during Salem’s Golden Age of Sail, says Ingraham. Today, she watches tankers off Mingo Beach in Beverly near her home, as they await for the price of oil to go up. “Nothing has changed,” she says.

Ingraham’s deep sailing knowledge was invaluable to PEM’s Interactive Media department as they tried to determine what was important to highlight. In her notes, she wrote of the captain’s log: “He also notices activity of whales, feeding on krill brought up by the current rings. And homeward bound, he is caught in the violent cross sea off the eastern coast of Africa, created by ferocious winds meeting a strong current. His recognizing the west side of Algoa Bay is one instance where having done a previous voyage to the East Indies proves helpful. Without knowledge of landscapes he might have been in bad shape.” 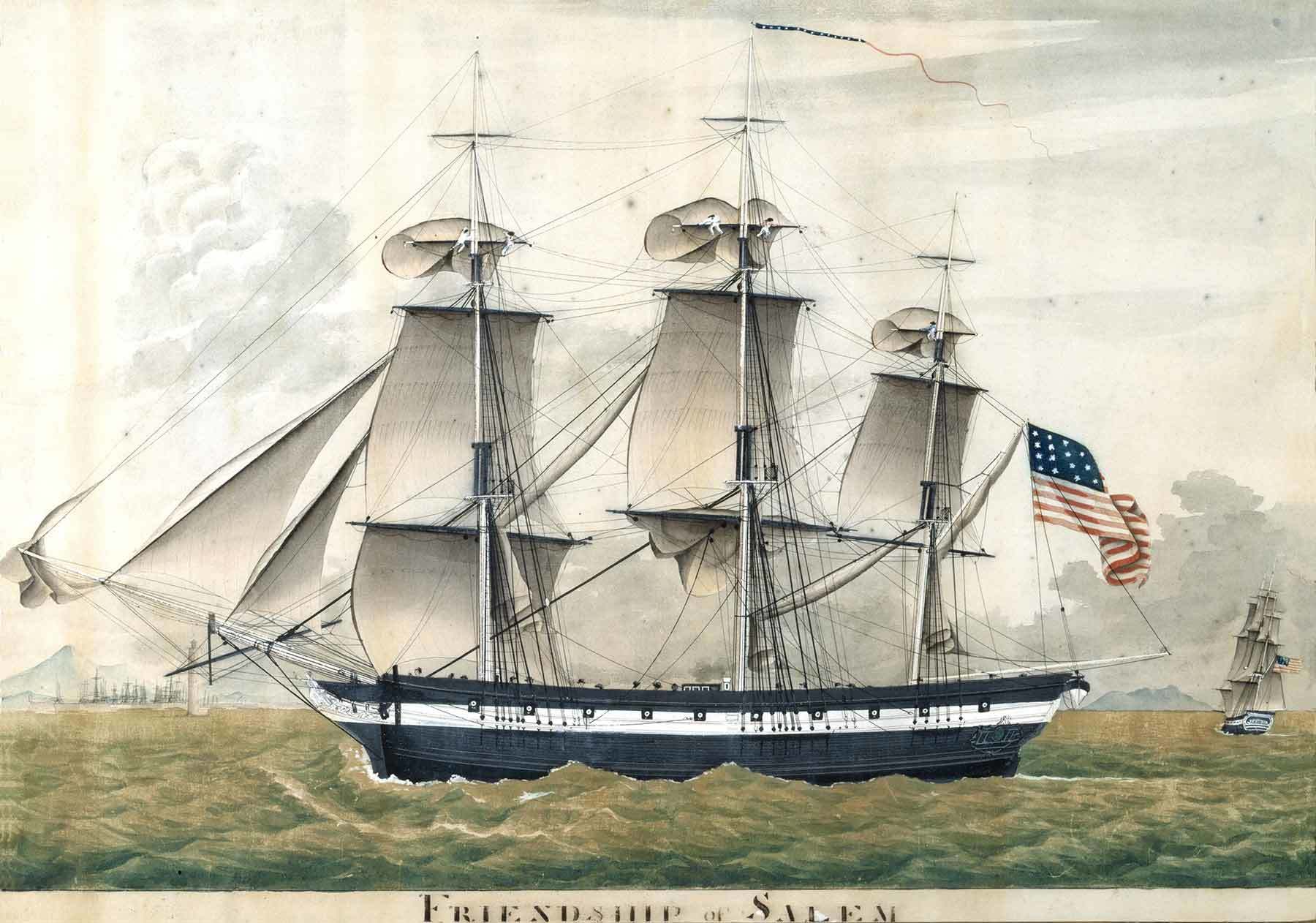 Recorded are sail changes, unusual course adjustments and soundings. In her notes, Ingraham writes: “Bird, fish and seaweed sightings were often helpful to navigation, and landmass sightings are particularly useful as bearing points. Sightings of other vessels are also important as indicators of course lines and for news if one could speak with the other vessel.” The crew, indeed, recorded the siting of ships from New York and London along their journey.

Another discovery: That the captain and crew were using longitude and latitude navigational techniques, maybe a decade before the technology was perfected in London. This to Ingraham, was astounding. But so were so many details, like a sail change choice, that would be lost on many people. But not to Ingraham, who was the first woman ever to hold the title of Master at the more than 250 year old Salem Marine Society. Ingraham’s brother held the position of Master before her and her ancestor Joseph Peabody was part of the esteemed society that meets in a sort of secret cabin atop the Hawthorne Hotel.

As a sister organization to PEM’s now-defunct East India Marine Society, The Salem Marine Society is known for helping out the family of Nathaniel Bowditch, the father of celestial navigation when his own father was shipwrecked and financially ruined. The society now backs community sailing programs and marine art conservation efforts and exhibitions related to PEM’s maritime department. 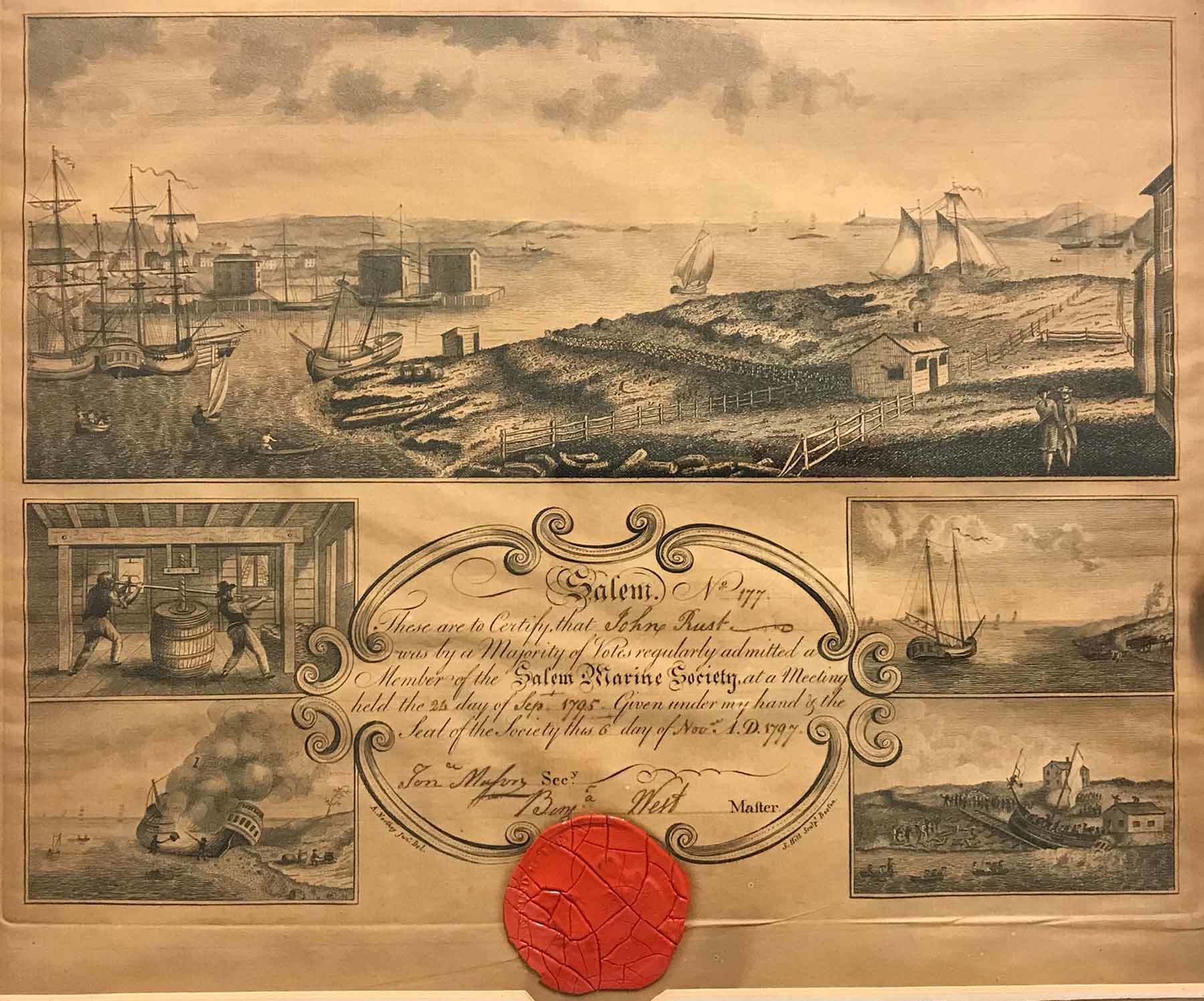 The whole point of the interactive is to show the average modern person today that global voyages were full of adventure, danger, and lengthy uncertainty,” says Finamore. “If a dolphin was caught, as indicated in the log, they ate it. If the ship blew off course, they had to find their way.

After getting off course in fog and winding up in Portland, Maine, the Friendship returned to Salem on January 14, 1798, after 307 days at sea. A day beacon had been built by the Salem Marine Society eight years earlier. But just days before the ship’s return, two lights on top of a keeper’s house went into operation and it is these lights that navigated the Friendship home. 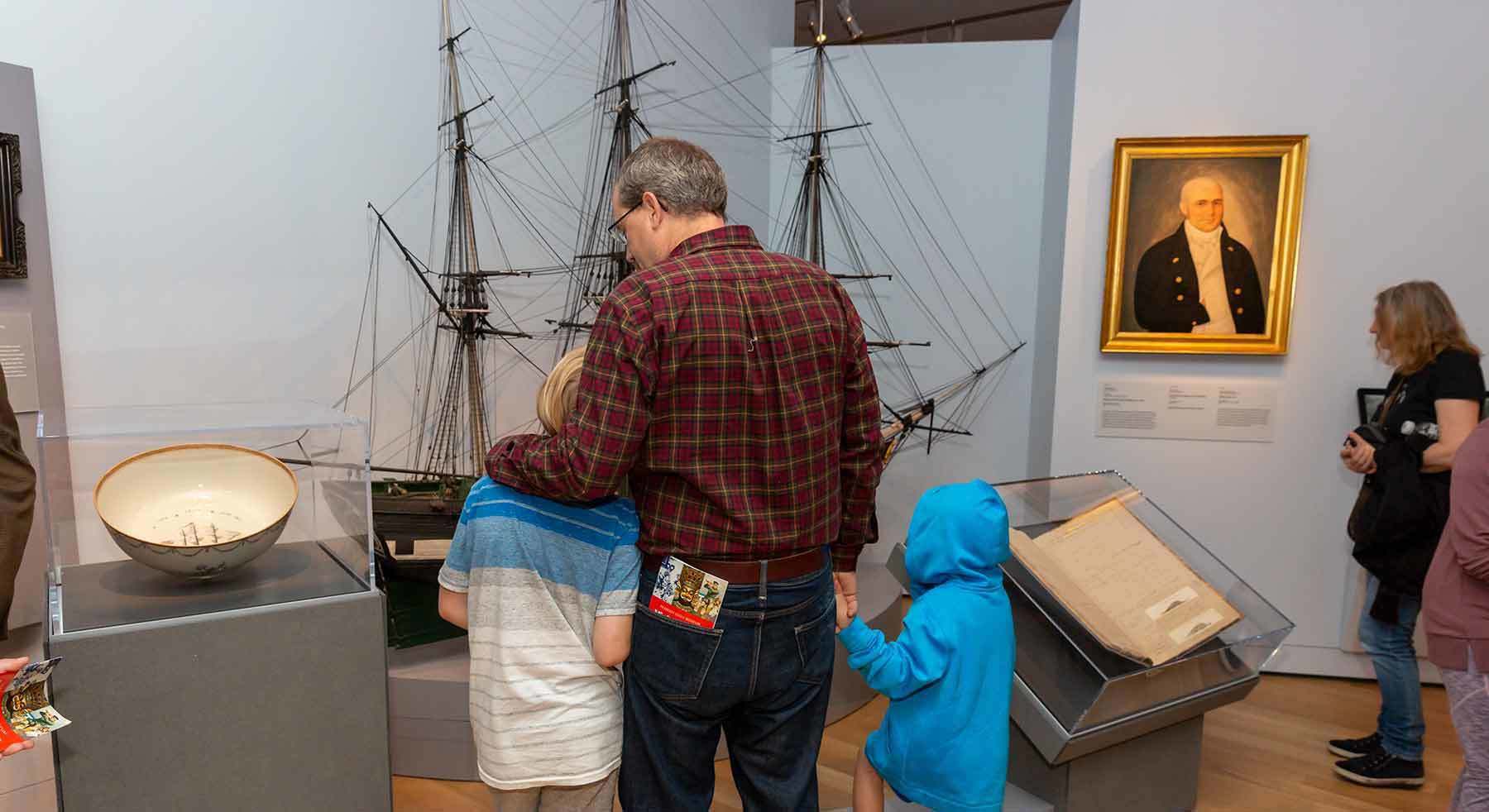 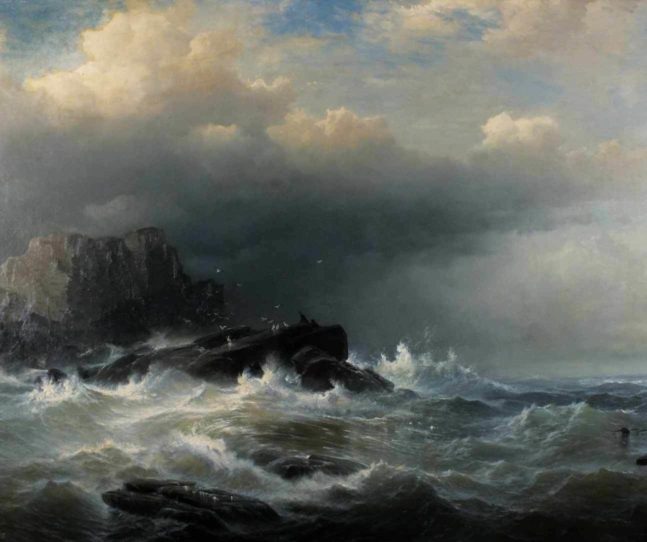 Our relationship to the sea 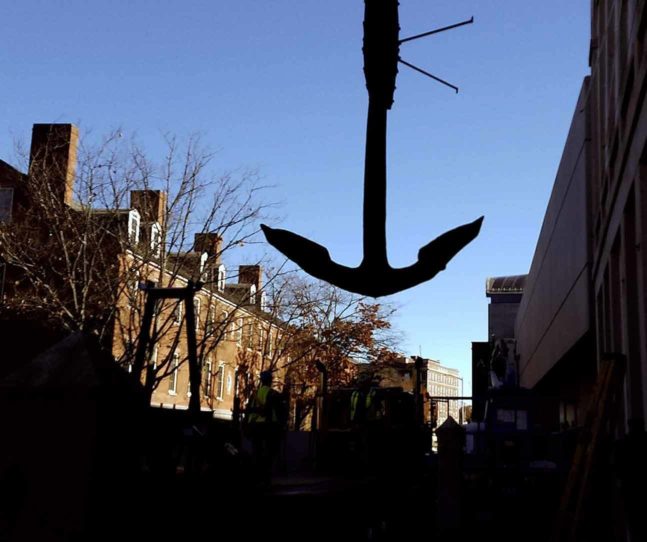 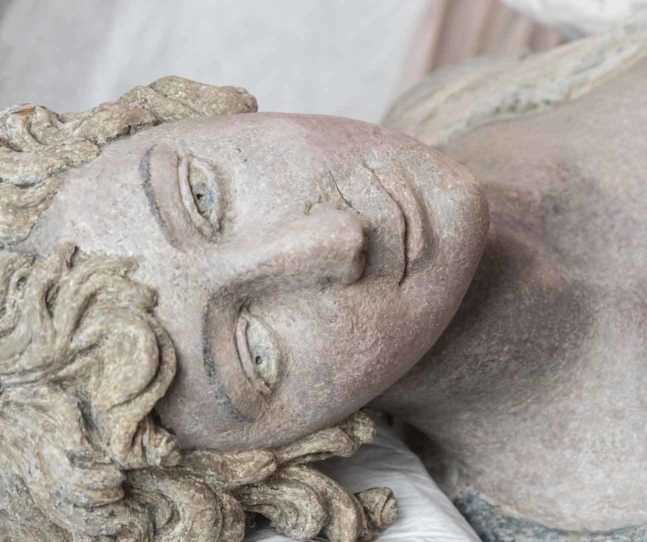