Philip Glass: Behind the music

When renowned cellist Matt Haimovitz delivers an intimate performance, the world premiere, of Partita No.2 for Solo Cello at PEM on June 22, the piece will have waited seven years to be performed for the public. For a long time the piece only existed in the mind of America’s foremost composer Philip Glass. This was before the ultimate transaction of creating music takes place: conception in the composer’s mind, internalization and interpretation by a gifted musician and that poignant moment when the music is finally heard by an audience. In this case, in a concert that sold out in 24 hours!

This major 34-minute work sat on a shelf in Glass’ home studio until 2015 when Haimovitz stopped by for a visit. (It’s in this studio that the composer creates grand operas and major symphonies with nothing more than a pencil and paper.)

Glass pulled the forgotten piece of music from the shelf and simply asked Haimovitz if he would play through it. Until that moment, Glass had never heard a note of the piece performed live. 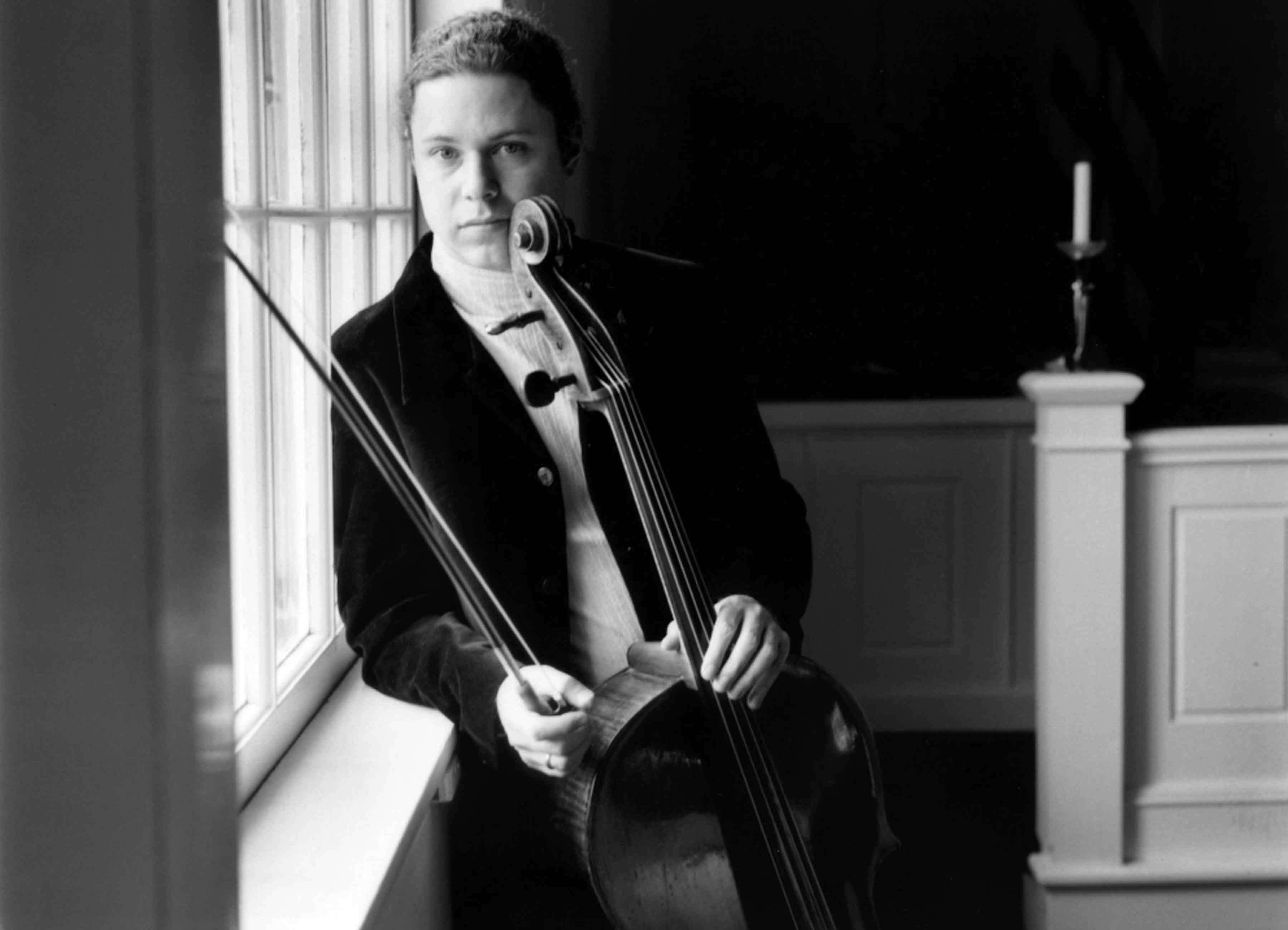 Immediately after playing through the work, Haimovitz told Glass that it “was a crime against music” that the piece would languish on a shelf for so many years.

Strings have figured largely in Glass’ creative output since the first time the composer set pencil to paper in 1952. Indeed, Glass’ first attempt at writing music was for the palette of the string trio. That piece, now lost to time, was the first of a series of tent-posts in Glass’ career as a composer over the next 65 years. While Glass does not seem to put much stock into his early compositions, it is clear that the solo string works of Bach were a major part of his childhood experience. These works made an indelible imprint on him from when he worked at his father’s record store, General Radio, in Baltimore in the 1940s and 50s, then later with his rigorous studies with composer and conductor Nadia Boulanger in Paris. 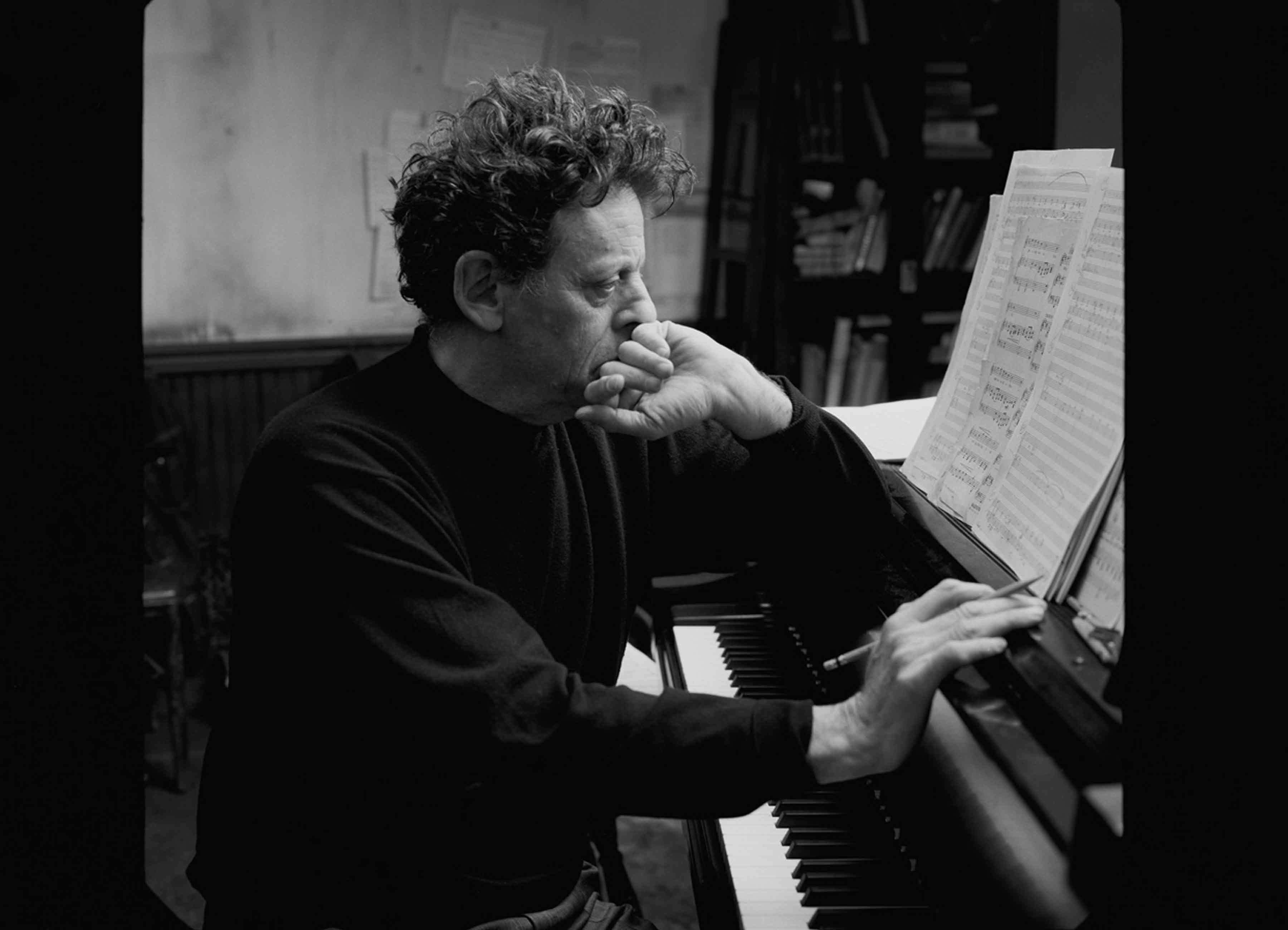 For some reason when I was a very young man — a very young boy working at my father’s store, I developed a taste for these solo cello pieces by Bach,” remembers Glass. “I knew them all. The solo pieces that I’m writing now are absolutely born from that moment.

After more than five decades, Philip Glass continues to be at the forefront of contemporary music and art. Over the years, he has earned money by transcribing Ravi Shankar’s Indian music into Western notation, has earned Academy Award nominations with his film scores and has worked with all manner of fascinating visual artists including Sol LeWitt. Glass’ prolific catalogue includes 25 operas, 11 symphonies, 13 concertos, eight string quartets, 35 film scores, dozens of works for theater and ballet and many works of chamber music including two books of piano etudes.

The performance at PEM on Thursday, June 22nd is a rare Glass appearance in the Boston-area in over a decade and what is likely to be his only piano performance in this area during his 80th birthday concert season.

Presented as part of PEM’s Present Tense Initiative, the evening will feature a pre-concert discussion about creativity, collaboration and commerce with Philip Glass and Richard Guerin. This program is made possible in part by Jane and Neil A. Pappalardo and the Present Tense Initiative Fund. This program has garnered a great amount of excitement. So much in fact, that tickets for the event have sold out! Please contact our reservations line at 978-542-1511 to get up-to-the-minute ticket availability information or to be added to the wait list. 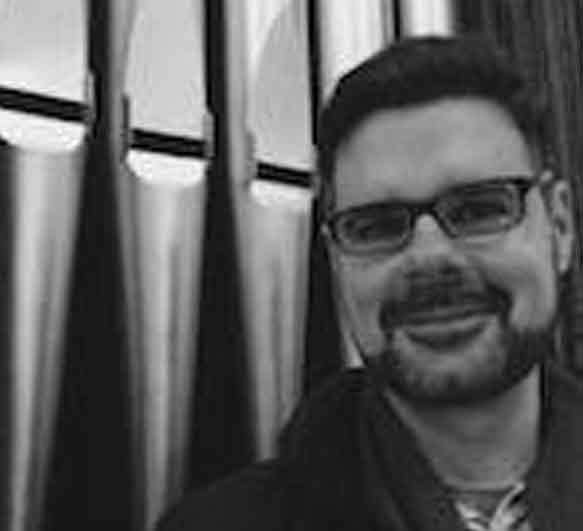 Richard Guérin is the label manager for
Orange Mountain Music, Philip Glass’ record label,
since 2006, working in Salem, Mass since 2012.