As the sun began to set and twilight descended on PEM’s historic John Ward House, a woman in head-to-toe Victorian mourning wear materialized on the steps. But it was no ghost — just local actor Arielle Kaplan, preoccupied with her headpiece blowing in the autumn wind. “Sorry, this veil is so thin…literally,” she said with a wicked grin.

This fall, known as the season when the veil between life and death is at its thinnest, Kaplan is gearing up to play a huge part in PEM’s Eerie Events series of October offerings. With PEM partner Creative Collective, Kaplan is producing the revival of a storytelling tradition at the museum that brings a rush of nostalgia for anyone who remembers Eerie Events from the 1990s. This popular celebration of performers in period dress telling spooky stories in PEM’s historic houses is back, with talented actors, hair-raising tales and a roving rogue storyteller around a campfire, talking of Giles Corey and other notable figures. It’s history with a side of chills.

Kaplan moved to Salem during the pandemic after years spent acting here, including a stint as Bridget Bishop in the historic theatrical production Cry Innocent, where audience members decided her guilt or innocence each night. She comes by all of this naturally after studying theater and history at Brandeis, specializing in Renaissance Tudor England. Now, her life involves hanging out with Revolutionary War reenactors and people who sew their own costumes. “I love costumes, I love dressing up and I love debunking a lot of stuff that people think they know,” Kaplan said.

After working with the North Shore’s Creative Collective as a performer, Kaplan became director of operations in 2020. That’s how she found her way to PEM, to re-write and direct the classic Eerie Events stories and act as Mistress of Ceremonies.

Ticket holders will find themselves bathed in flickering candlelight for House of Screech at the 17th century Ward House, which used to sit across from the prison that held the victims of the Salem witch trials. Diamond-paned casement windows and darkly painted clapboards set the scene for the story of a young woman visited in the night by a red-eyed, snarling creature. “The audience will really get to feel the walls closing in on them because this story is so tied to this particular property,” said Kaplan.

The first time I visited Salem was October 1999. I was a graduate student in Boston, with my father in town. Badly in need of entertainment, we stumbled upon pure magic with PEM’s Eerie Events and even recalled years later the childlike wonder that the stories sparked in us among cobbled streets, glowing fires…and apple bobbing.

“It feels weighty,” said Kaplan, “with the amount of history that is involved and the expectations of the people who remember it.” Those expectations are only heightened by PEM’s reputation for putting on quality events, she adds.

If vampires are your thing, they'll be next door at the Quaker House with The Last New England Vampire. The tale is a new interpretation of the story of Mercy Brown, told from the perspective of her brother. Tragedy and terror ensue when consumption is mistaken for vampiric fever. To trace this story with its roots in history, you can still visit Mercy’s grave in Exeter, Rhode Island.

PEM’s Derby-Beebe Summer House will host the 19th century murder of Salem Ship Captain Jospeph White, who was bludgeoned in his sleep in the house next door. The crime, search for the killers and murder trial grabbed the attention of the nation. “There is a level of fun, especially in a place like Salem,” said Kaplan. “But if you listen to these stories, there are lessons and an opportunity to examine why these things happen.” 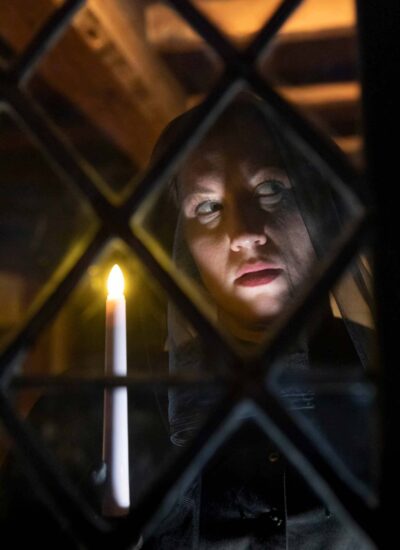 But what makes a good ghost story, anyway? In a word, “atmosphere,” Kaplan says, “Being able to place yourself in the story with these characters” is the key to an experience that’s not just creepy, but thought-provoking. Kaplan hopes the Eerie Events audiences will follow characters like Richard Crowninshield as they go through terrible experiences and deal with the consequences. “Ghost stories, especially this time of year, are a way to connect to the past, a way to reflect, and maybe not to feel so alone when people leave us,” she said. “It’s a way to feel human…and remind us that it’s a very short trip.”

Tickets are nonrefundable. Present your Haunted Histories ticket for $5 off general admission to PEM through October 31st. Guests must arrive 15 minutes prior to their ticketed time. For more on PEM’s historic houses, tune into PEM Walks. Find all Halloween programming at PEM here.

TOP IMAGE: Arielle Kaplan will be the Mistress of Ceremonies for PEM’s upcoming Haunted Histories. Photo by Kathy Tarantola/PEM 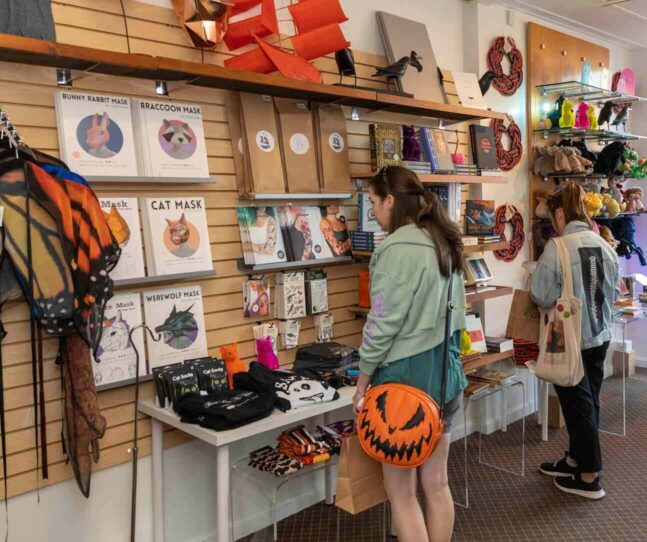 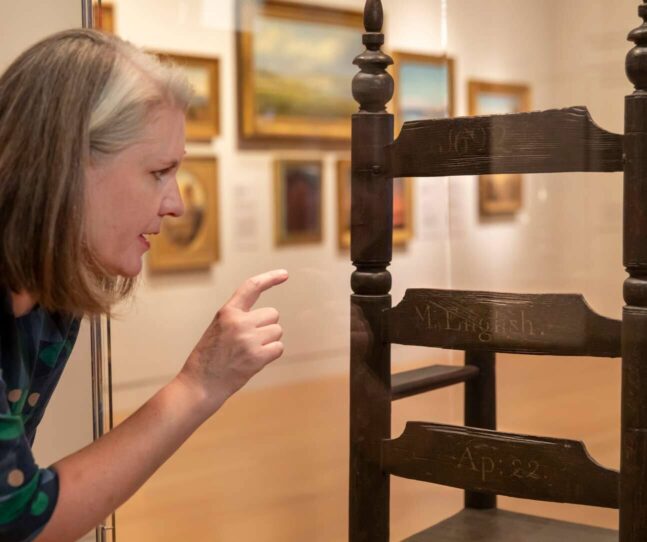 Halloween is over, but the witches are still marching
Behind the scenes of PEM’s new Salem Witch Trials Walk