Some pretty impressive moves were witnessed recently on a small basketball court in Salem’s Point neighborhood — and we’re not talking crossover dribbles or slam dunks. Instead, a group of children adeptly handled paintbrushes and rollers to transform the asphalt surface into a vibrant work of art. 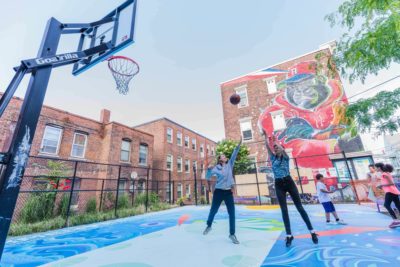 Guest artist Maria Molteni shoots a jump shot on the finished court, a celebration of color, creativity and the rewards of collaboration. 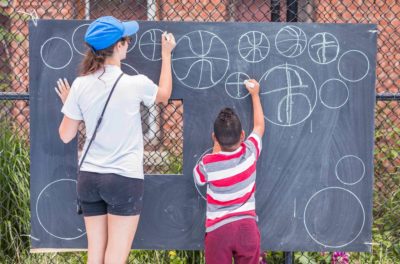 At the beginning of the project, neighborhood kids sketch out ideas for the court with guest artist Maria Molteni, founder of New Craft Artists in Action (NCAA). 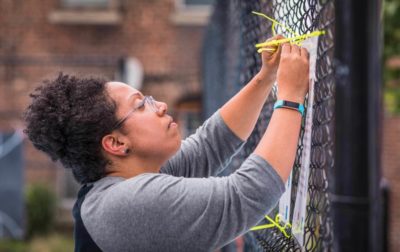 PEM Creative Engagement Producer Doneeca Thurston helps oversee the project organized in conjunction with the museum's PlayTime exhibition, which celebrated the value of play to help us understand ourselves in new ways.

In conjunction with our PlayTime exhibition, PEM commissioned Boston-based artist Maria Molteni to work with local children to reimagine the half-court on Ward Street nestled between multifamily homes. Molteni is the founder of New Craft Artists in Action — or NCAA, and, yes, the abbreviation is cleverly intentional.

The goal of her nonprofit collective is to turn athletic spaces into aesthetic places, a mission she’s accomplished all over the world. For the Salem project, PEM collaborated with the PUNTO Urban Art Museum, a new curated arts district in the Point featuring dozens of murals. The museum and the court are operated by the North Shore Community Development Corp., which maintains nearly 200 affordable apartments in the largely Latino neighborhood.

Children, who ranged in age from 5 to 14, worked alongside Molteni during three brainstorming sessions to sketch out ideas and settle on a theme. The end result is Tormenta en la Cancha, or Storming the Court. The title speaks to what happens after a big win in a basketball game and also to the tempest-inspired design.

There are menacing waves, big eyes (a nod to the kids’ fondness for emojis), lightning bolts, rain drops, and the phases of the moon that mimic the shape of basketballs, all painted in cool blues with pops of orange.

Doneeca Thurston, PEM creative engagement producer, oversaw the community initiative and organized a celebration party for the neighborhood. She served pizza and snacks, curated the song selections, including a few karaoke numbers, and handed out 10 new basketballs for the participants to take home.

“It was really nice to interact with the kids and see their vision come to life,” says Thurston. “And to see how excited they were about the new basketballs, that was special.” 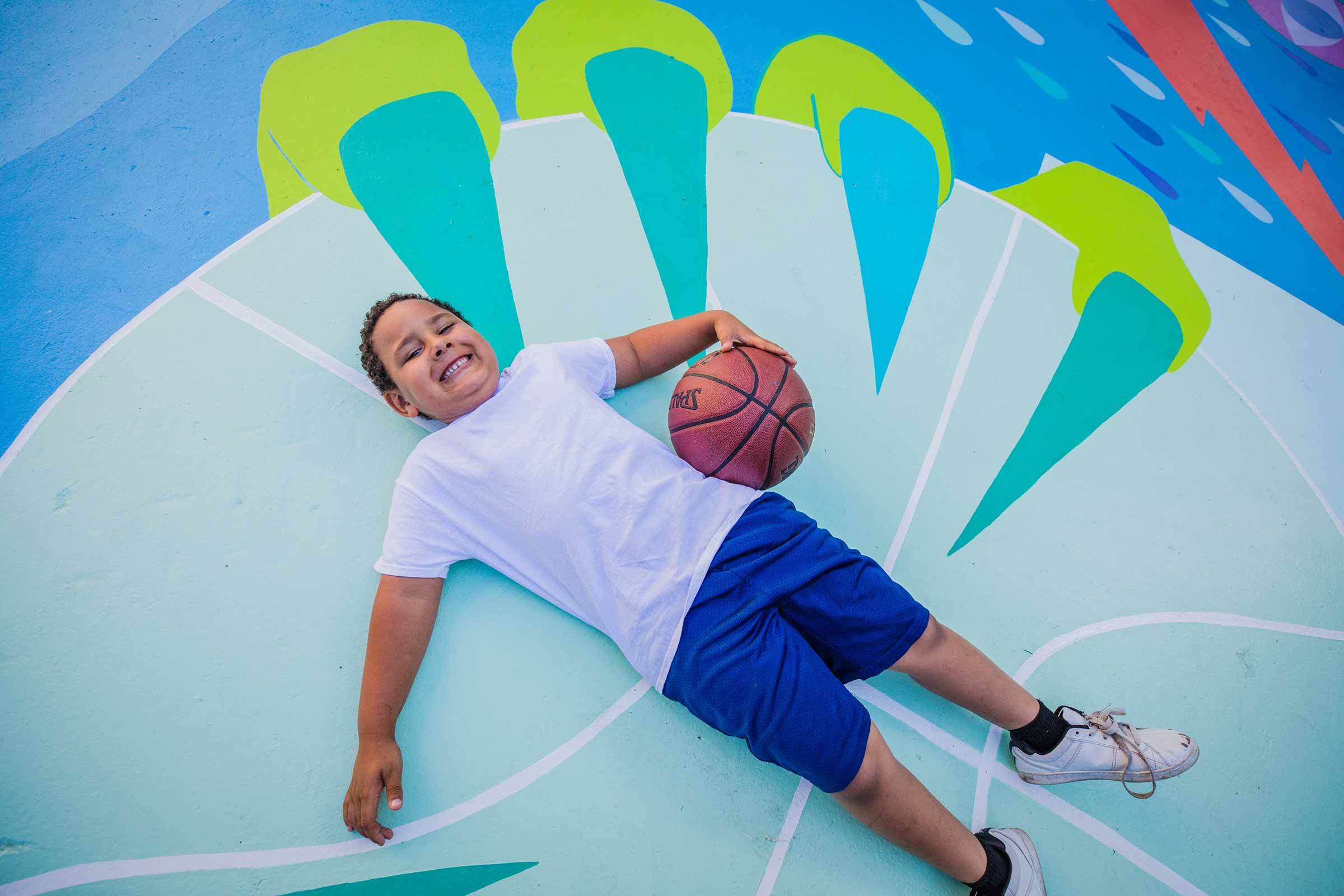 Youth in the Salem Point neighborhood celebrate the fruits of their labors. All photos by Bob Packert/PEM.

To see Storming the Court and the PUNTO Urban Art Museum in a truly festive atmosphere, visit the Point neighborhood on Saturday, Sept. 22 from 3 to 8 pm. when the North Shore Community Development Corp. hosts Fiesta en la Calle, a block party along Peabody Street. 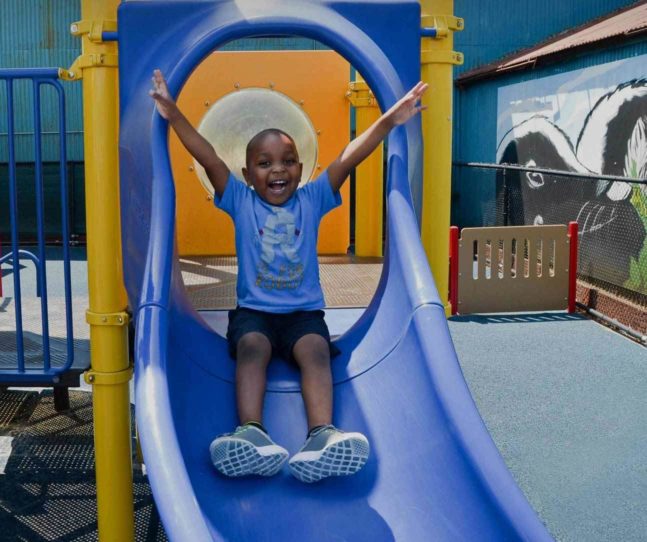 Partnership celebrates the value of play 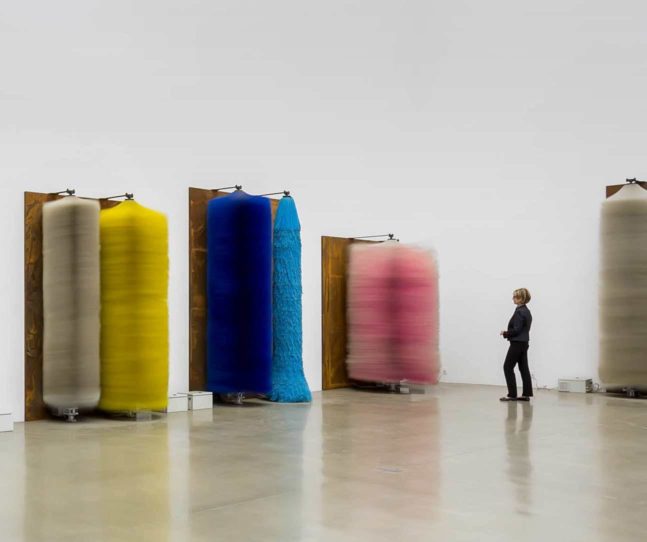