Celebrating women artists in our galleries

Our museum has exhibited an impressive array of solo and group shows by or about women artists over the past few years. Several of these exhibitions are currently on view, but others are firmly planted in my memory as highlights of a long career at PEM. They can be enjoyed at pem.org and in publications that accompany these exhibition projects, available in the PEM Shop. Though not all of these artists are mothers, this Mother’s Day weekend it seems fitting to revisit and remember a small selection of the amazing women whose work has been exhibited at PEM and to celebrate their contributions to art, culture and community at this museum.

Let’s start close to home. Throughout its history, Salem has been the place of engagement and impact for many inspiring women. These have included creative and resolute individuals such as painter Sophia Peabody Hawthorne, anti-slavery activist and lecturer Sarah Parker Remond and textile artist and storyteller Lucy Hiller Cleveland. Many of these women faced and overcame gender-based discrimination, social restrictions and limitations. 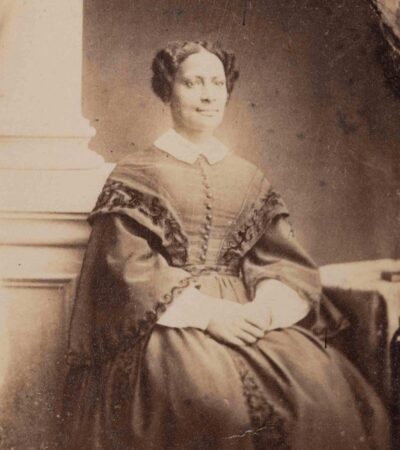 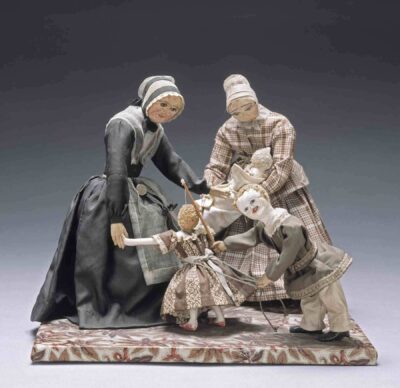 Today’s Salem women are equally intrepid and impressive and an interactive in Salem Stories introduces visitors to over 30 accomplished Wonder Women who are active and influential in shaping Salem today.

Like many visitors to PEM in the past year, I have visited and revisited Zarah Hussain’s Breath, in its multiple expressions: the gallery installation with associated immersive animation, as well as the customizable online interactive. Working in her London studio in 2020, artist Zarah Hussain produced this series of paintings — symbolic interpretations of breathing and its spiritual, contemplative and meditative dimensions — during the COVID-19 lockdown. Inspired by Islamic art, geometry and mathematics, four pairs of paintings in the dodecahedron or twelve-sided form were commissioned by PEM as the first installation in its meditation gallery. Although based on the artist’s experience of relearning how to breathe properly after surgery, the paintings have taken on additional meanings and relevance in response to the health impact of the COVID-19 global pandemic and the death of George Floyd. I enjoy engaging with these paintings and find in the encounter a renewed sense of focus, calm and refreshment, which is a welcome antidote to stressful times. 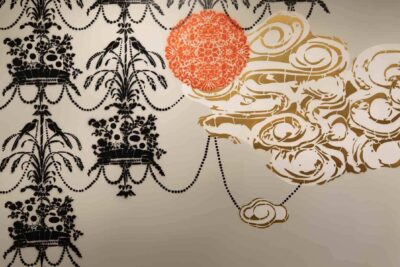 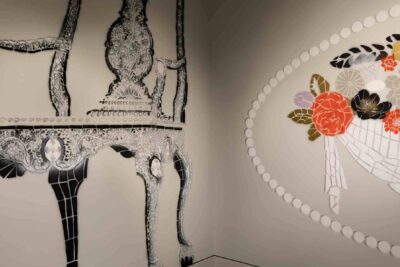 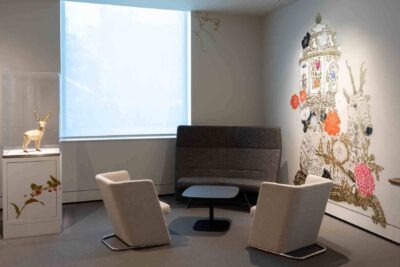 Savannah-based artist Vanessa Platacis has used the art of stenciling to create vibrant large-scale painted murals in celebration of key works in PEM’s collection in a 2,700-square-foot installation. The work has transformed the Pamela Cunningham Copeland and H.A. Crosby Forbes galleries, revealed during the opening of PEM’s new building in 2019. Platacis selected a group of compelling works from PEM’s collections spanning global cultures and worked more than six months in her studio to translate elements of their designs into 210 meticulously hand-cut stencils used to apply pigments and a variety of finishes directly on the gallery walls. During a two-week installation at PEM, Platacis completed the murals by spray painting the stencils, using techniques derived both from historic stenciled furniture and decorative arts and contemporary graffiti art. PEM acquired all of the original stencils making this a custom, one-of-a-kind commission that you can visit in Vanessa Platacis: Taking Place.

Anila Quayyum Agha: All the Flowers are for Me 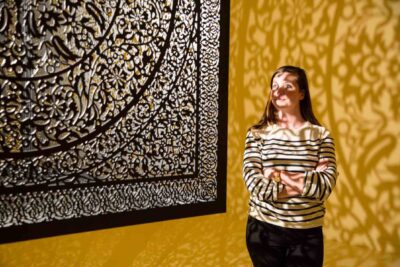 Guests in Anila Agha - All the Flowers are for Me. © Peabody Essex Museum. Photograph by Bob Packert. 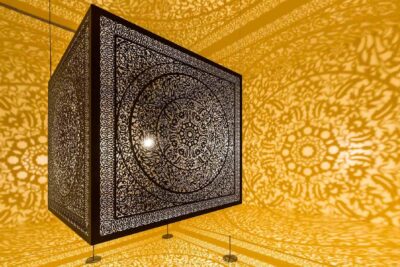 Anila Quayyum Agha, All the Flowers Are for Me, 2015. Lacquered, laser-cut steel and light bulb. Museum purchase made possible by the John Robinson Fund. 2016.52.1. © Peabody Essex Museum. Photograph by Bob Packert. 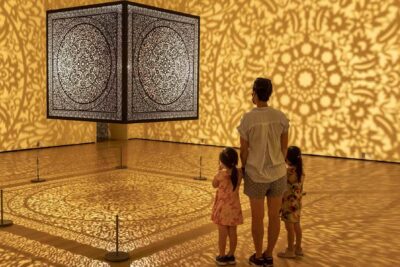 Guests in Anila Agha’s All the Flowers Are for Me. © 2020 Peabody Essex Museum. Photograph by Kathy Tarantola

When you enter the gallery with Anila Quayyum Agha’s All the flowers are for Me, it takes a moment to get your bearings as the light and patterns immerse you in lace-like motifs emanating from the large laser-cut metal cube suspended from the ceiling. The artist drew inspiration for the stylized floral forms from Persian and Turkish architecture, textiles and miniature paintings and created an illuminated sacred space where people of all races, genders and religions can feel welcome. Raised in Lahore, Pakistan and now living in the U.S., the artist’s work is informed by experiences of Muslim women and immigrants navigating complex social, cultural and religious boundaries and finding ways to “reclaim and safely open private space to welcome others.”

Guests in Anila Agha - All the Flowers are for Me. © Peabody Essex Museum. Photograph by Bob Packert.

Made It: Women Who Revolutionized Fashion

Made It: The Women Who Revolutionized Fashion, Exhibition Documentation. © 2020 Peabody Essex Museum. Photography by Kathy Tarantola.

The Made It: Women Who Revolutionized Fashion exhibition presented an unprecedented opportunity to recognize and celebrate women designers and their significant contributions to fashion and women’s history over the past 250 years. The exhibition included ground-breaking works by well-known luminaries of fashion such as Gabrielle “Coco” Chanel, Elsa Schiaparelli, Madeleine Vionnet, Diane von Fürstenberg, Donna Karan, Vivienne Westwood and Rei Kawakubo. It also featured mid-century American designers such as Claire McCardell, Bonnie Cashin, Pauline Trigère whose work catapulted sportswear and ready-to-wear fashion to international prominence. 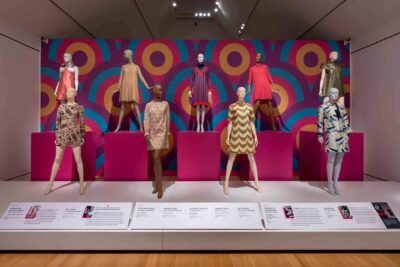 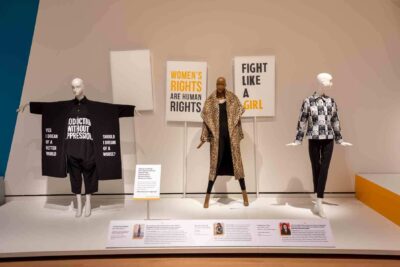 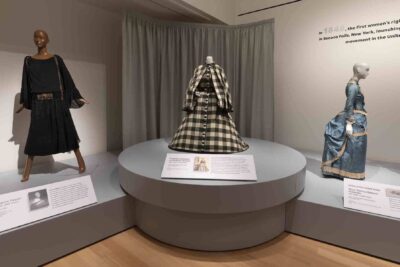 The exhibition also spotlighted historic designers whose work has been overlooked until recently. These included Elizabeth Keckley, born in slavery in the early 1800s, she purchased her own and her son’s freedom using proceeds earned by her dressmaking skills. Keckley later created designs for First Lady Mary Todd Lincoln, an influential client. Motherhood played a role in launching some designers’ careers. Several designers entered their careers as single mothers including Lucy Duff Gordon and Elsa Schiaparelli while others including Maria Theresa Baldwin Hollander and Jeanne Lanvin specialized in children’s clothing initially and later expanded in women fashion. Today’s designers include women interested in sustainability such as Tracy Reese and Natalie Chanin for Alabama Chanin or activist designers promoting equity and socially conscious business practices such as Carla Fernández and Becca McCharen-Tran for Chromat. 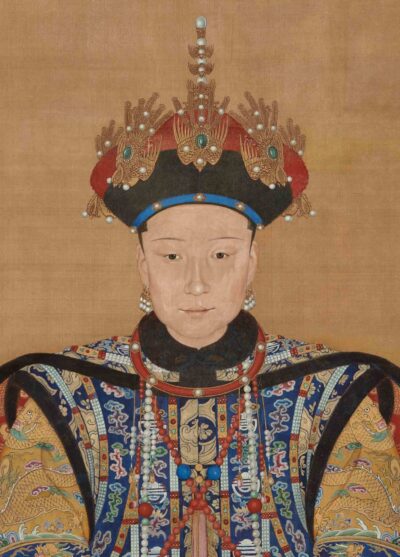 The ground-breaking exhibition, Empresses of China’s Forbidden City, introduced museum visitors to the lives and influences of the empresses of Imperial China’s Qing dynasty. The PEM team worked in partnership with the Palace Museum, Beijing, and the Smithsonian Institution’s Freer Gallery of Art and Arthur M. Sackler Gallery, to bring together an extraordinary array of artwork to reveal the complexities of the empresses’ lives within the imperial court and their important roles within their family life as wives and mothers. These works included scroll paintings and portraits, silk court robes, jewelry, furniture and ceremonial objects that suggest the empresses’ important contributions to art, court life, religion and politics. The artwork also revealed touching stories about imperial personal lives, such as the devotion of the Qianlong Emperor who visited his mother, Empress Dowager Chongqing, every day that his duties allowed and hosted lavish court celebrations for her 60th, 70th and 80th birthdays – a fitting remembrance for this Mother’s Day! 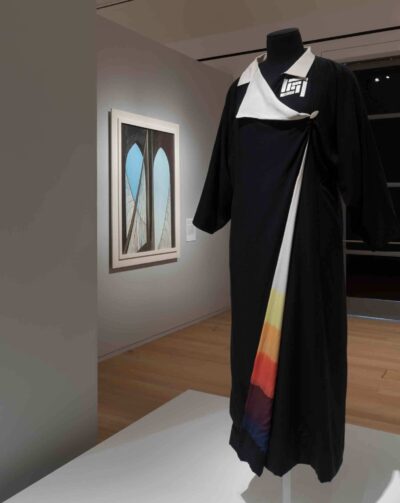 The exhibition, Georgia O’Keeffe: Art, Image, Style, examined the unique artistic vision of this acclaimed American artist and how it can be seen in multiple forms of creative expression. These included not only her paintings and sculptures but also the clothing and accessories she used to create her iconic identity seen in many portrait photographs taken throughout her long life. In thematic sections that followed O’Keeffe in the places where she lived and worked over time, visitors were introduced to the clarity and consistency of her vision by tracing these Modernist design influences on her artistic production – paintings, sculptures, photography, and through her engagement with fashion. O’Keeffe’s influence on other artists past and present can be seen in the many portraits by legendary artists and photographers including Alfred Stieglitz, Cecil Beaton, Ansel Adams, Andy Warhol, Bruce Weber and on fashion designers including Maria Grazia Chiuri of Dior. 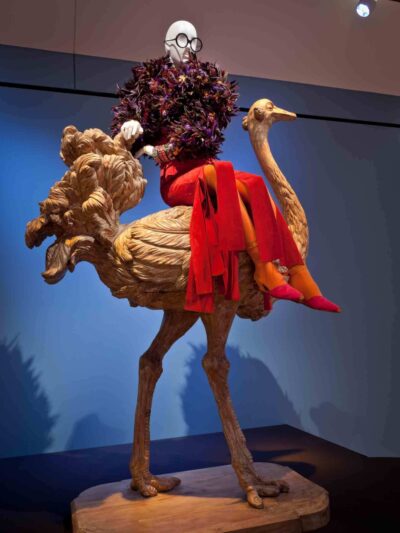 In 2009, PEM partnered with Iris Barrel Apfel, interior designer, textile manufacturer, collector and fashion icon, on a revised presentation of Rara Avis or The Rare Bird of Fashion: The Irreverent Iris Apfel exhibition first organized by the Metropolitan Museum of Art. As the last venue in the traveling tour, the exhibition took on new life in PEM’s large and expansive house galleries with theatrical exhibition design and lighting. PEM also created new integrated media that added an exclusive interview with Iris Apfel and visitor interactives in which visitors experimented with signature garments from her collection to create new looks. This exhibition and its related programming cemented a strong relationship between PEM and Iris Apfel that continues today.

With the opening of PEM’s new building in 2019, the museum debuted its new Fashion & Design Gallery, The Carl & Iris Barrel Apfel Gallery at PEM, given in loving memory of Iris’ parents Sam and Syd Barrel. The central core of the gallery is devoted to an ongoing rotating display of ensembles from the Rare Bird of Fashion collection and selections of the more than one thousand garments Iris Apfel has generously donated to PEM over the past ten years. These reflect the style icon’s unique approach to fashion that combines haute couture and designer fashions, antique and vintage clothing, global influences and flea-market finds.

Iris Apfel celebrates her 100th birthday in August 2021. We look forward to celebrating this important milestone and our ongoing friendship with this amazing person. 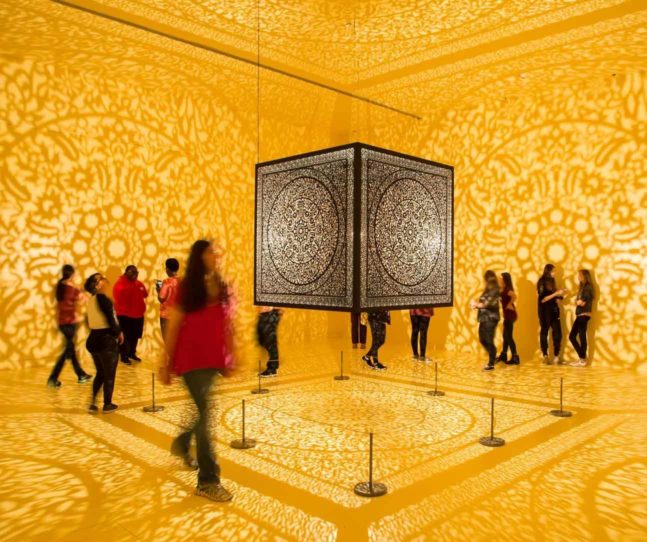 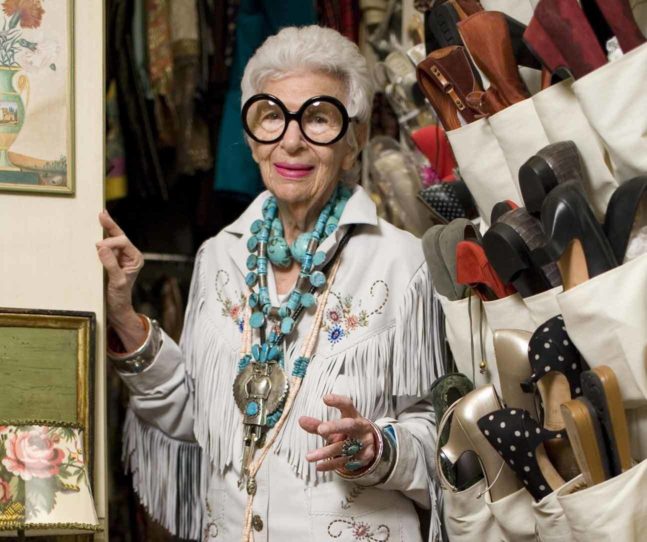