Twelve people. One apartment. But so much love. This is how Tomáš Kačo described his modest childhood growing up in a small city in the Czech Republic.

Kačo first started playing piano at age 5 when he began learning songs by ear. Twenty-five years later, the pianist is still sharpening his skills, but his music has very much evolved over the years. “My style of music is a fusion between classical, jazz and Gypsy music, because I’m Gypsy.”

Kačo has played all over the world — Germany, Switzerland, Belgium, Hungary, Slovakia, Israel, New York City and Washington, D.C. — as well as at the renowned Vienna Opera Ball in Austria. He also performed for the late Czech President Václav Havel and former U.S. Secretary of State Madeleine Albright.

Most recently, he found himself playing in a gallery at PEM.

On a recent walk through the Ocean Liners: Glamour, Speed, and Style exhibition, a faint sound echoed through the space. It was so soft I thought I imagined it — but I followed it through the many rooms, turned the corner and found the source of this sweet, sultry jazz music. A young man in a freshly pressed tuxedo was playing on an elegant baby grand piano right on the gallery floor.

And that young man was Kačo.

To enhance the glamorous onboard experience created for the Ocean Liners exhibition, PEM has hired a group of professional pianists to play the 1935 baby grand piano that once graced Normandie’s Deauville suite. The suite was considered one of the most important private spaces on board the French ocean liner, said Daniel Finamore, PEM’s Russell W. Knight Curator of Maritime Art and History and exhibition co-curator.

“People expect to hear recorded music alongside an instrument on display in a museum,” Finamore said. “I thought it would be a pleasant surprise for people to hear the piano as they turn the corner and find out that it is being played live.”

It was a job posting on Berklee College of Music’s website that first caught Kačo’s eye. Not only is this his first time playing in a museum, but it’s also the first time he stepped inside PEM.

“The piano is very special and I think people love music,” Kačo added. “Today less and less music is being played live. Everything is through computers and laptops. There’s no live experience.”

But the pianist modestly blushed while admitting he still gets a little nervous before each performance. Playing songs from the Great American Songbook in a museum exhibition has proven to be an interesting experience for him.

Kačo explained that singing and dancing is very much a part of Gypsy culture, and musicality is like an innate trait. As a dancer, his tales of Gypsy dancing and traditions resonated with me, and it was interesting to hear about his upbringing and culture. He said his people continue to be unfairly stereotyped but hopes to change that through his music.

“My goal is to make the bridge between Czech and Gypsy people,” said Kačo. “It doesn’t matter what you are, your actions should speak for you.”

Growing up in one apartment, Kačo shared everything with his siblings but learned so many life lessons. He pursued his talent further and attended a music school at age 13. Learning how to read sheet music and the rules of classical piano was very much a challenge he had to overcome. But after first hearing the music of Frédéric Chopin at the age of 17, he completely fell in love with the art of classical music.

“Classical music has been my inspiration for a long time,” Kačo noted. He went on to attend Academy of Performing Arts in Prague and earned a scholarship to Berklee College of Music in Boston. During his time here in the U.S., Kačo picked up more styles, like jazz, contemporary, pop and R&B. Although he enjoys the variety, he ultimately said with a smile, “There are two types of music: good or bad.”

But there’s more to it than that. “It’s not really about the music — it’s about the story,” he said.

Every note has to have a meaning and even though you play three hours and there are millions of notes, they all intertwine to find the meaning behind each note.

“It doesn’t matter if it’s playing in a museum where people are walking through and listening or if it’s in Carnegie Hall and you’re playing a recital for 2,000 people, I treat every type of my performance like it’s like my last,” Kačo added. “I think people can feel it and people appreciate it.”

The longer I stayed in the exhibition, the more visitors walked past with smiles on their faces. Some began singing along to the familiar melodies, while one couple even broke into a spontaneous waltz right on the gallery floor.

Come see pianists perform in the Ocean Liners: Glamour, Speed, and Style exhibition on Fridays, Saturdays and Sundays, from noon to 3 pm, through October 9. 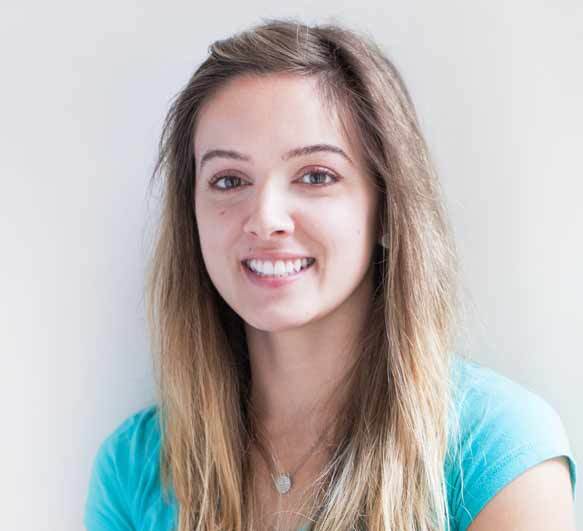 Alyse Diamantides studies public relations and graphic design at Salem State University and was the summer editorial intern for the Peabody Essex Museum’s Creative Services department. Alyse interned with Wicked Local, worked as a freelance writer for the Salem Gazette and Cape Ann Beacon and was an editor for the university newspaper, the Salem State Log. In addition to writing, Alyse enjoys drawing, painting and keeping up on the latest fashion trends.

Aboard the Dashing Wave
Back in Black: Yoga at PEM