Bat to the Bone

October means one thing for those of us who live and work in Salem. Tourists, in great dark clouds of street-clogging humanity, descend on the Witch City in search of the spooky, spirited and spine-tingling. Recognized around the world for both its extraordinary history, and one of the best places to celebrate Halloween, local and international visitors converge each fall, building toward a crescendo on the big day. We are essentially the New Orleans of the North, only with “Haunted Happenings” as our Mardi Gras. 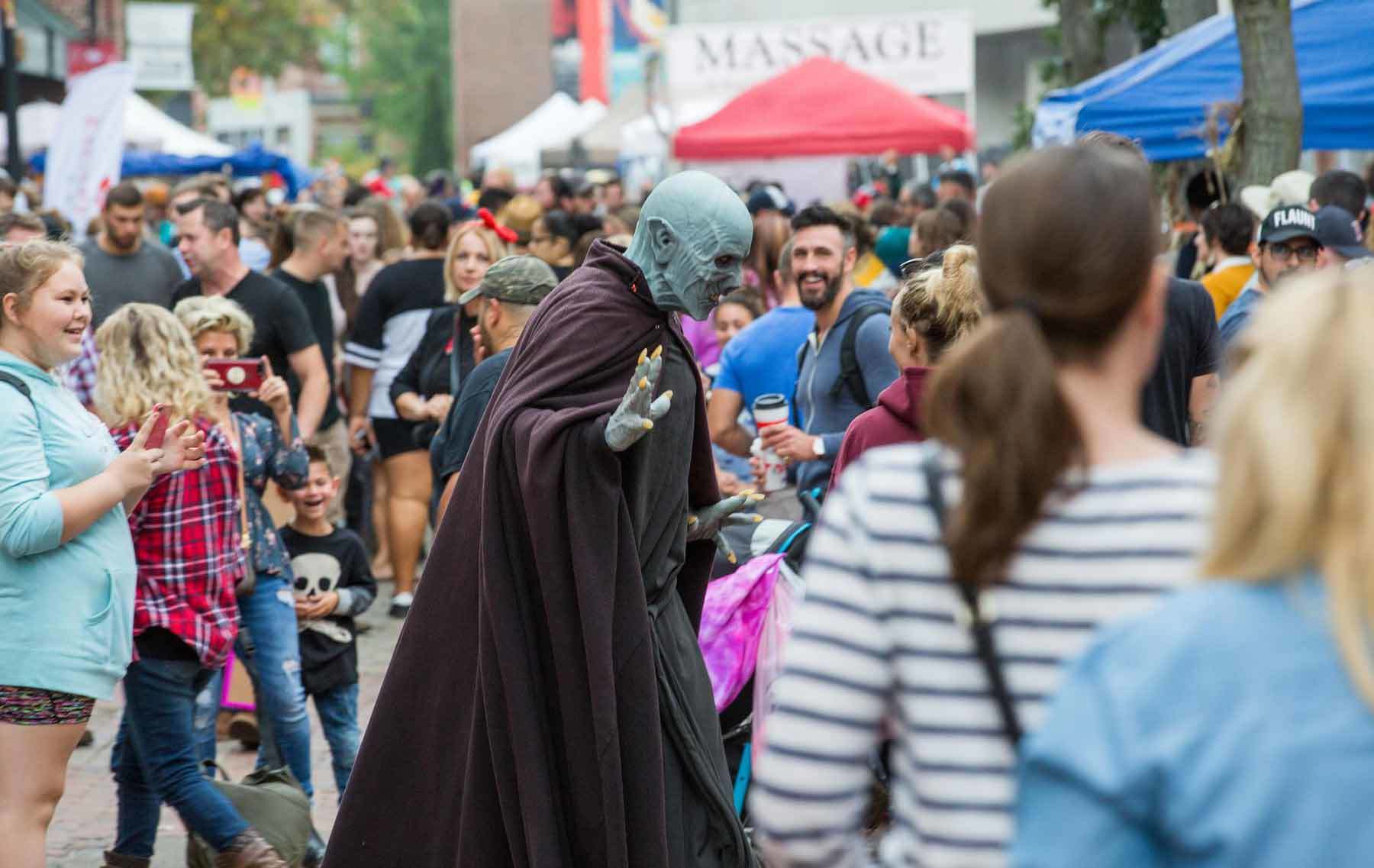 According to Kate Fox, executive director for Destination Salem, “So far, visitation to Salem is up 20% over last year, which means our annual visitation is looking to top 1.5 million people!” Of that million and change, more than half visit during the month of October. It can get a little batty around here—both literally and figuratively. 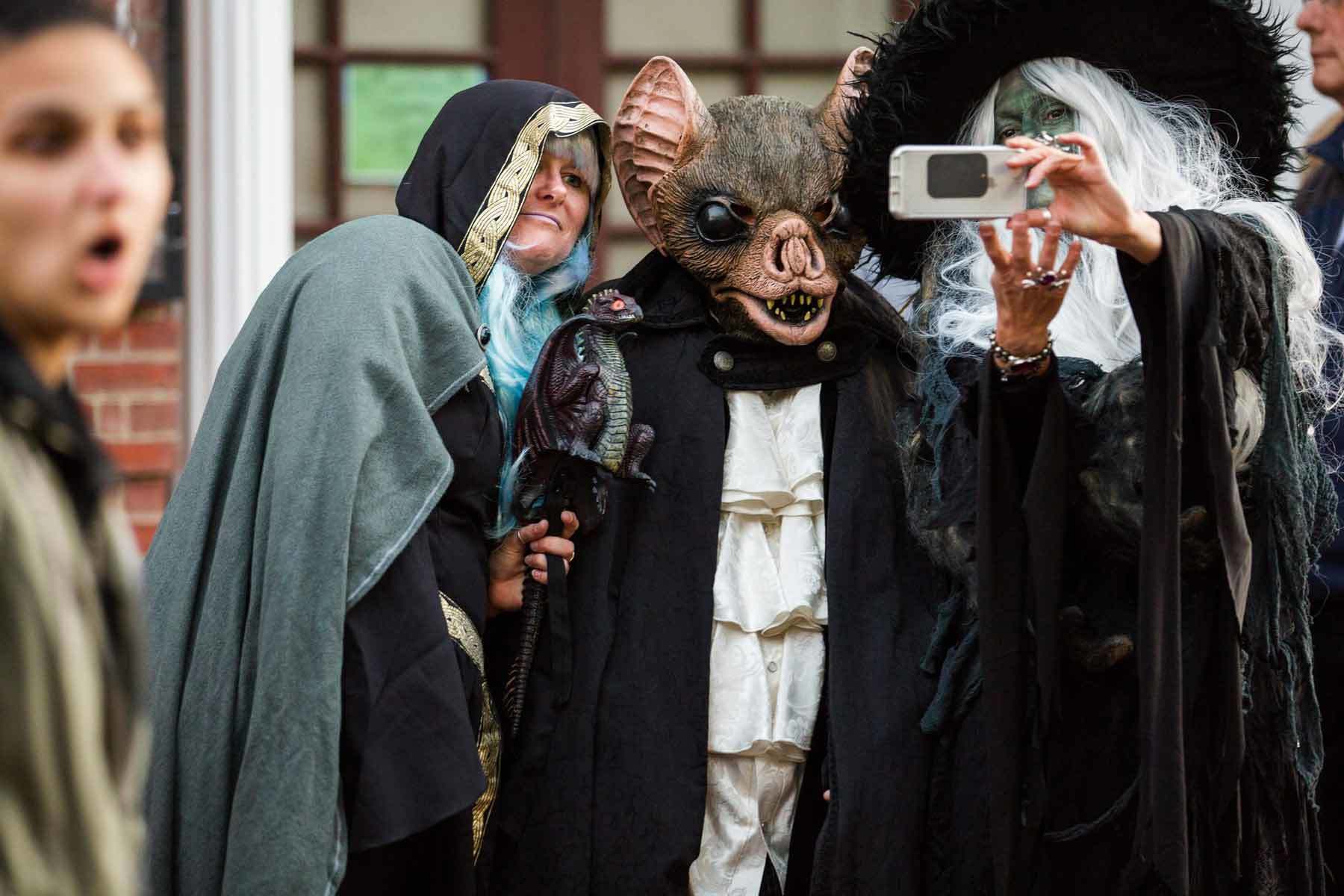 Speaking of that curious nocturnal critter, you can find bats in an unlikely place right now. They have come from the Forbidden City to Salem and are hanging around and fluttering through every gallery of PEM’s Empresses of China’s Forbidden City. 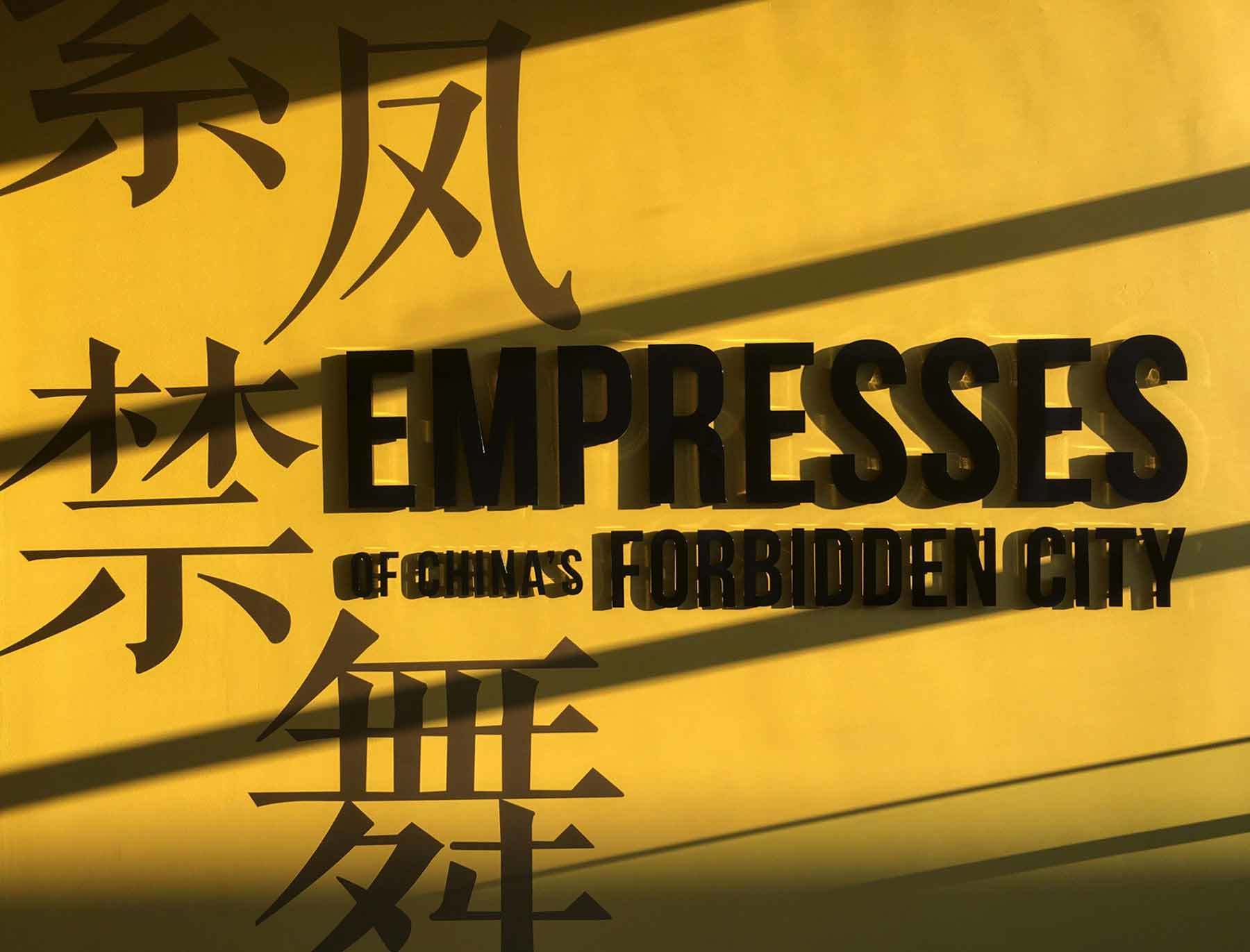 Western cultures have long associated the bat with bad omens. Bats fly into our Halloween season, as Sylvia Plath wrote, “web-winged and furious.” They are often depicted as sinnister, hair-attacking rats with wings and dwell in abandoned asylums, haunted houses, cold caverns and the tangled trees of creepy cemeteries. In more historical contexts, their identity is tied to their natural habitat. Dark caves are often recognized as portals to the underworld, allowing passage for the devil, demons and gods of death. However in China, bats hold immensely high status in their cultural and artistic heritage and are considered to be the epitome of luck! 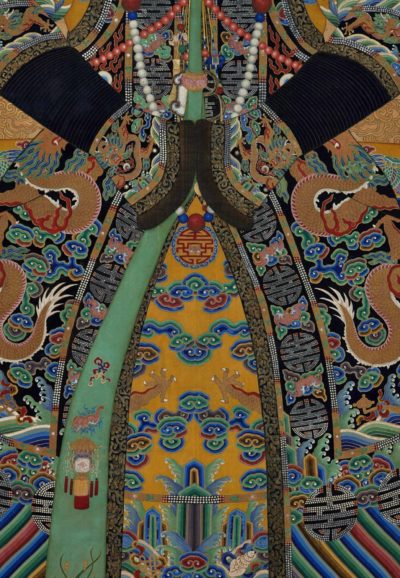 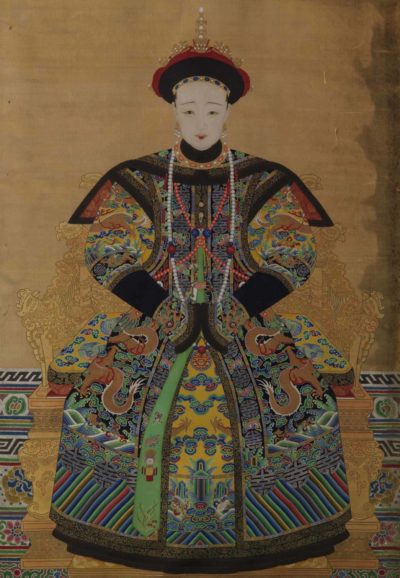 Hyperallergic covered this topic last October with “Why Chinese Art Is Swarming with Colonies of Tiny Bats.” We see them fly circles around the symbol for longevity and follow in tight formations across vases, woodwork, murals and portraits. However, it is not just paintings and ceramics that earn the honor of bat ornamentation. Beautiful bats also grace garments and fine fabrics, furniture and decor, utensils, shrines, artifacts, jewelry and adornments. 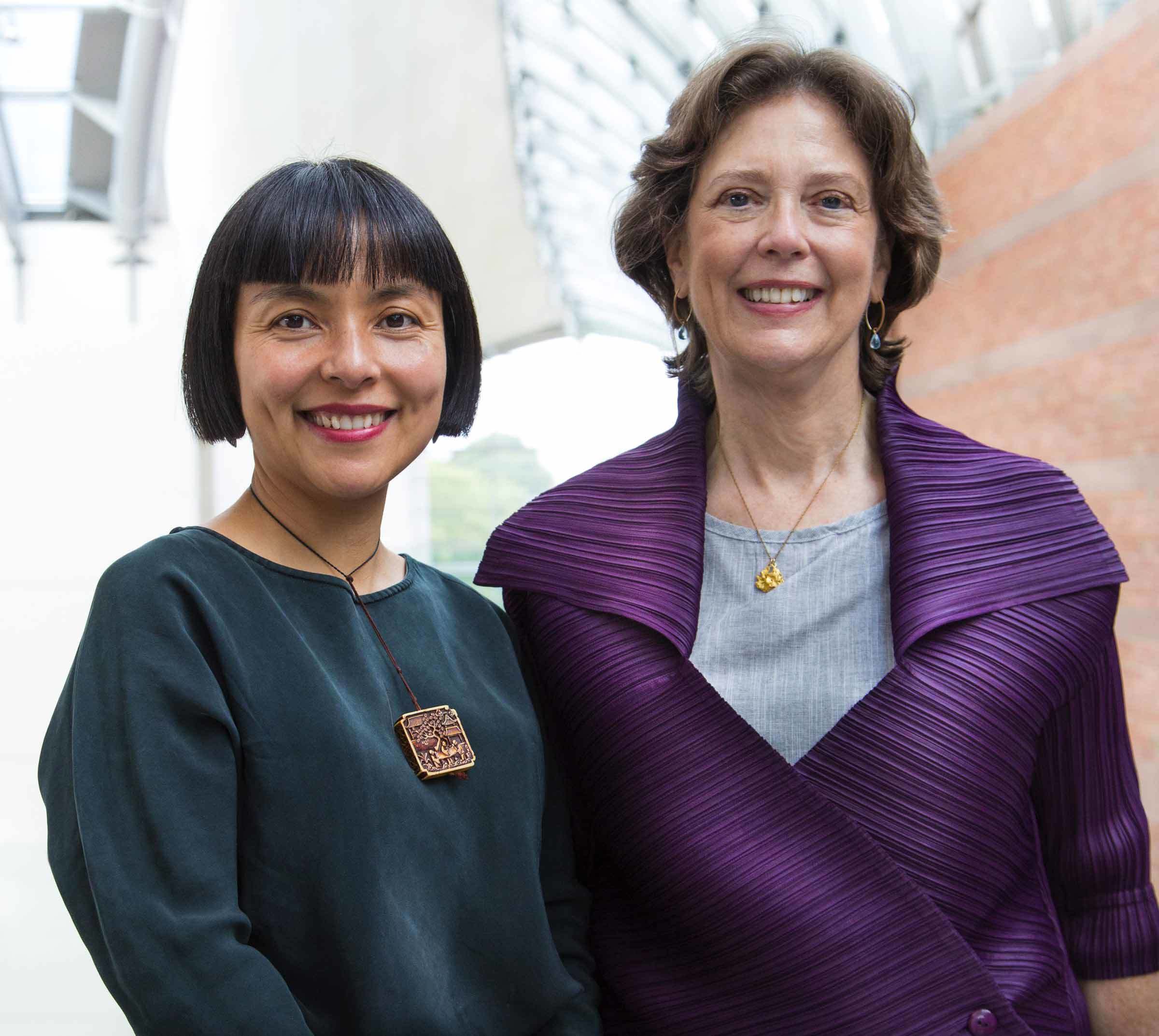 “For me, nothing is luckier than a bat, or so I have learned through my close study of Chinese art,” says Jan Stuart, Curator of Chinese Art at the Smithsonian’s Freer|Sackler—and co-curator of Empresses of China’s Forbidden City. “If you let the happiness of bat-endowed Chinese art take you into serious research about bats, like I did, you will discover what auspicious creatures they truly are!”

Both pronounced “fu,” it comes as no surprise that the Chinese words for “bat” (蝠) and “blessing” (福) became synonymous. They have come to represent good fortune. You can find them alone, hovering in clouds or gathered in in groups of five surrounding longevity symbols (exemplifying the five blessings: health, long life, prosperity, love of virtue, and a tranquil, natural death). 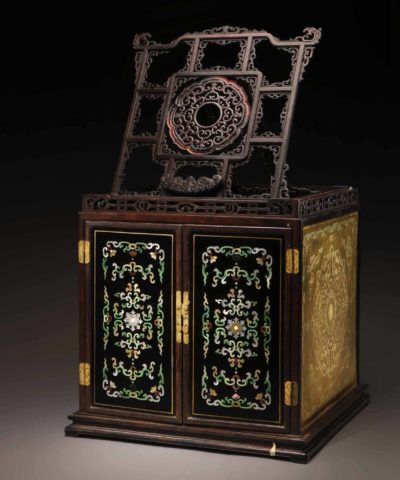 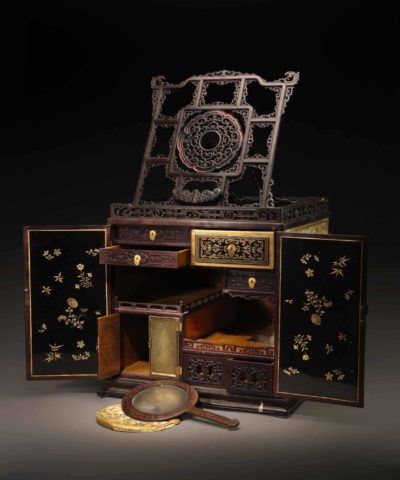 “If you say the words for ‘red bat’ (hong fu) out loud it sounds similar to the combination of words that imply ‘vast good fortune;’ which explains why so many bats in Chinese art are red in color,” continues Stuart, “Red bats in a sky denote ‘good fortune as vast as the sky.’ Shown upside down, the bat works into a visual pun meaning ‘blessings have arrived,’ and an image of bats amongst clouds is not far from the sound of ‘blessings and fortune.’ The word games go on and on!” 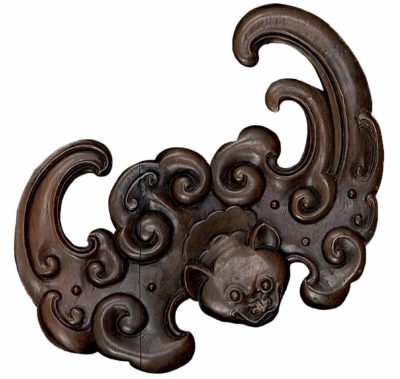 It is not only a case of pronunciation, the very nature of bats evoke these ideas. Bats were once thought to live for thousands of years near the entrance to the realm of immortals. In actuality, they do possess long life, and on average live ten times longer than other mammals (though, not a thousand years). Bats are also allowed to calmly spend their lives upside down do to their resistance to the pull of gravity; impressive traits that may have contributed to their standing symbol of blessings, tranquility as well as endurance. 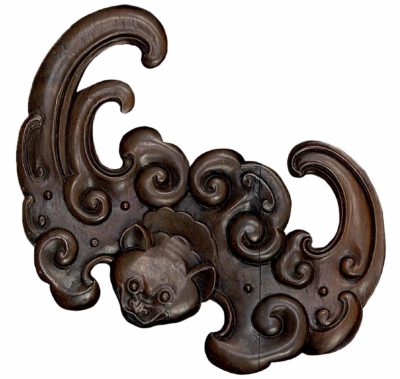 “I consider bats flying gems of the animal world,” notes Stuart, “I appreciate the care and beauty with which Chinese artists typically portray them. Even when rendering them as rather abstracted forms, these artist typically capture their shape in an elegant way that is visually satisfying but also accurately articulates their wondrous wings which are so different from any other creature.“ And a perfect example of such embellishments can be seen right inside the walls of Empresses.

All in all, do not believe the batty myths time has told. As the Smithsonian posted, “Too often, popular misconceptions have labeled bats as ‘dirty,’ ‘disease carriers,’ or ‘blood suckers,’ an unenviable—and unjust—reputation to be sure. In reality, the more than 1,300 bat species are vitally important to ecosystems and economies around the world: They perform pest control, they pollinate, and they disperse seeds.” 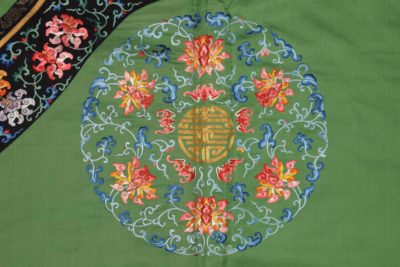 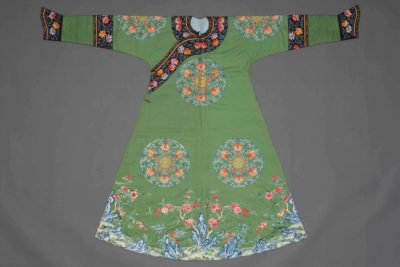 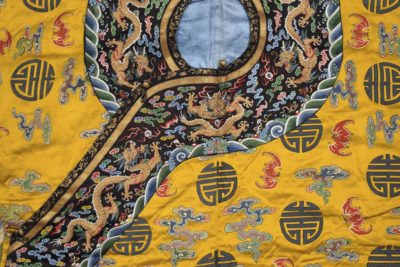 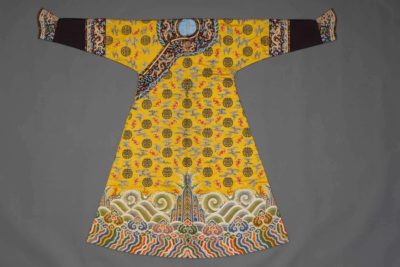 Maybe a walk through Empresses is all that it will take to change your perceptions about bats. Should you visit, curator Jan Stuart sends her best, “Wishing you all the joy I once had at a conservation center, looking into the crystalline eyes of a fruit bat – do so and you will see what smart, beneficial animals they are: the source of blessings.“ 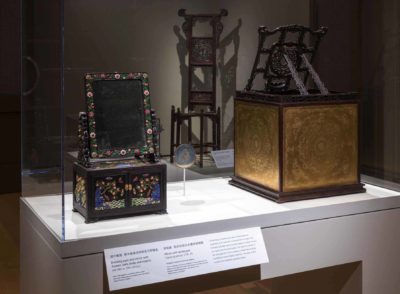 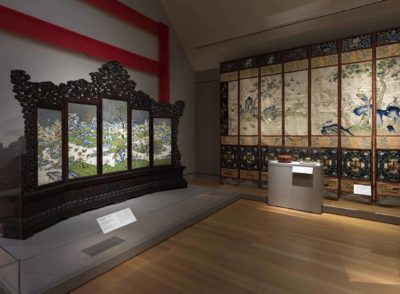 The devil is in the details! See if you can discover the various bats throughout Empresses, and share your impressions with us on social media using the hashtag #PEMempresses.

Empresses of China's Forbidden City is on view at PEM through February 10, 2019. Explore sumptuous treasures from the Palace Museum that tell the little-known stories of empresses whose contributions had remained largely silent — until now. 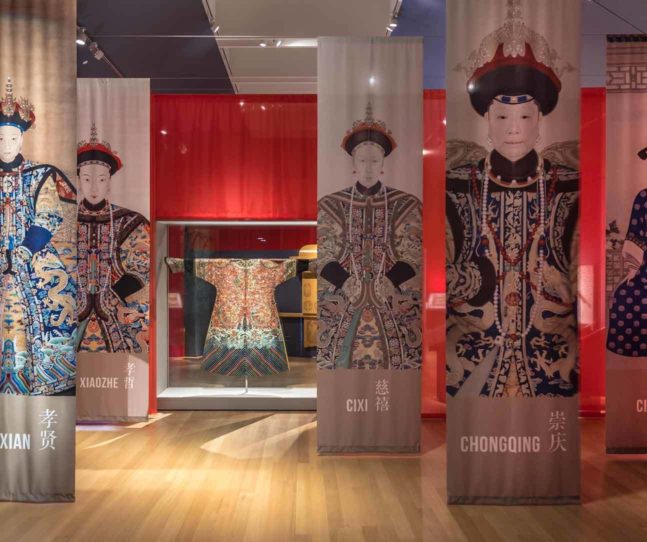 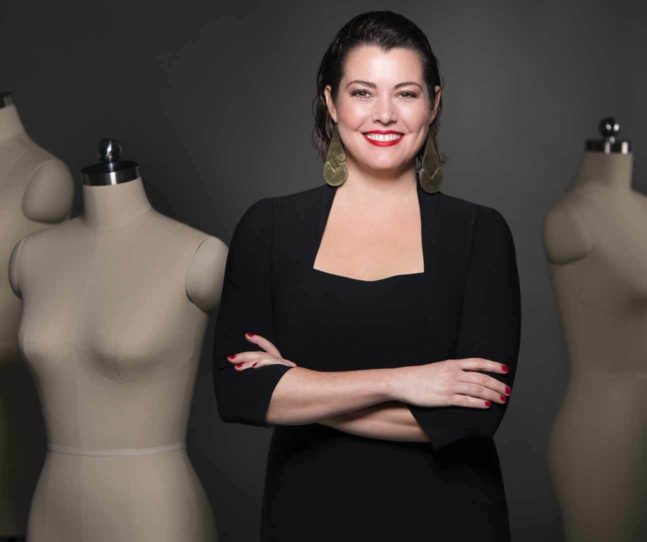 History in the Baking
An interconnected world