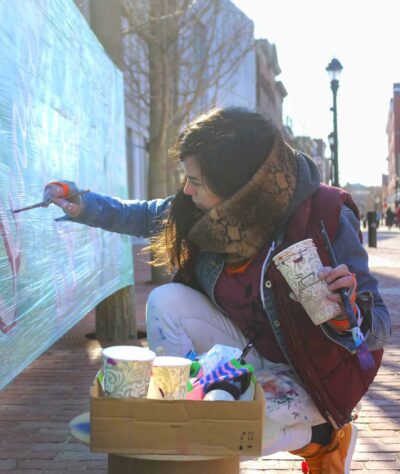 Emily Larsen creating her public art with the 1806 toast. Photo by Paige Besse/PEM.

When the East India Marine Society toasted in 1806: “May we never ‘bear away’ when we see a friend in distress,” they were harkening to their roots as a benevolent institution. This statement was recently shared with our community through a public art piece outside the museum, created by PEM’s own Emily Larsen.

In the early days of the United States, marine societies covered the eastern seaboard from Maine to South Carolina (and Salem had two!). All adhered to one major principle: to provide relief to the widows and families of sailors who “go down to the sea in ships, and nevermore return” and to sailors who had fallen on hard times. 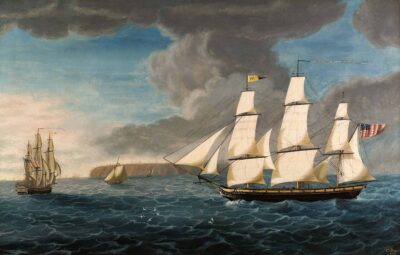 We now find ourselves in a similar position. To express gratitude and demonstrate our belief in the consoling and uplifting power of art, for every contribution made to the #WeArePEM campaign, the museum will donate a membership to frontline workers at North Shore Medical Center. As participation in the program grows, the museum will expand its reach to honor COVID-19 frontline workers across the region.

Founded in 1799 “for the laudable purpose of affording relief to disabled Seamen, and to the indigent Widows and Families of deceased Members and others,” the East India Marine Society created by-laws to ensure financial stability to help those in need. Upon admission, new members were required to pay $25 (equivalent to the purchasing power of $525 today). Afterward, they were assessed 50 cents at each meeting. In addition, members who did not have a legitimate excuse for missing a meeting, such as sickness or being away on a voyage, were fined 25 cents. Failure to pay fines after two years, if not away from the state of Massachusetts or the victim of “shipwreck or unavoidable misfortune,” could result in expulsion from the organization. 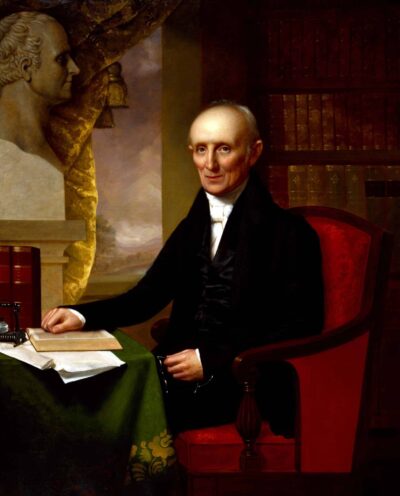 The Society used the funds they amassed to provide relief, not only to the families of members, but also to members themselves when they fell on hard times. For example, in 1819, they waived the dues for captains Jonathan Carnes, William Mugford and John Burchmore for “having unavoidable misfortune.” Among the members who sought assistance from the Society, none is more surprising than Carnes. He was captain of the schooner Rajah in 1797 when it carried the first cargo of wild black pepper to America, yielding a 700 percent profit and starting a long lucrative trade for Salem. In addition to being absolved from paying dues, he received distribution funds until his death in 1827. In Carnes’s case, the dangers of the maritime experience extended beyond shipwrecks and storms to include unstable markets and personal financial misfortune.

Beyond their membership, the East India Marine Society used their financial resources and position within Salem for relief and support of local causes. In late 1807, President Thomas Jefferson prohibited all foreign trade in and out of U.S. ports as a result of increasing British and French interference with American commerce during the Napoleonic Wars. A year later, Salem’s famed global port lay dormant and almost one-fifth of its population was out of work.

Rather than stand by and watch those most affected by this mercantile “shutdown” struggle, the East India Marine Society was proactive. They decided to hold a Grand Charity Concert with “the expense of musick [sic], lights [to] be paid from the funds of this Society.” Almost $200 was spent for all sundry expenses such as program booklets and ornately decorated tickets available for purchase for one dollar, with $99.50 paid for hiring the musicians.

To help promote the concert scheduled for January 26, 1809, at the Society’s hall, The Salem Register ran a lengthy article on the forthcoming performance and listed the full musical program. The newspaper informed residents that:

The Salem East India Marine Society, from their knowledge of an uncommon degree of suffering in this town, arising from the extraordinary circumstances of the times, and from a desire of aiding the general disposition of their fellow-townsmen to acts of charity and benevolence, have determined, on Thursday evening next, to give a GRAND CONCERT of Vocal and Instrumental Music, at the Museum in Essex-street, for the purpose of raising a sum of money, by the sale of admission tickets for the immediate relief of the distressed.

All proceeds from the sale of tickets would “go into the charity fund; which will be distributed by a special committee, without deduction,” and the Register stated that “the Society are determined to spare no pains or expence [sic] to produce such an entertainment as will exhilarate the feelings of the company for the evening; for which purpose they have engaged the best performers from Boston.”

The Essex Register, reviewing the concert a few days later, noted that the “[m]usical entertainment…must have exceeded the warmest expectations of the amateur.” Among the many pieces performed was Thomas Augustine Arne’s “The Soldier Tired.” Arne was the composer of “Rule, Britannia!” and his version of “God Save the King” is still the national anthem of the United Kingdom. Catherine (Hiller) Graupner, one of the leading Boston soloists of her day, performed many of the vocal works that night. The Register lauded her performance, believing that she “distinguished herself...by great brilliancy and expression of voice.” The glee Sailor Boy, in particular, was likely chosen for this audience given its allusions to shipwreck and loss.

On the second floor of the Salem Bank Building on Essex Street, the home of the East India Marine Society Museum from 1804 to 1825, attendees were entertained by a full program of symphonic and vocal works. Image: Mary Mason Brooks, Salem Bank Building about 1804–1825, about 1888. India ink on paper.© Peabody Essex Museum.

The concert was very well attended and the East India Marine Society collected nearly $600, which was given to those in need. The Essex Register concluded that “[i]n short, the whole performance left nothing to wish, whether with regard to its design, execution, effect, or the benevolent appropriation of its profits.” In regards to the Society, the Register proclaimed that “[t]he members…displayed great alertness and anxiety in accommodating the companys [sic] and by their urbane assiduities added much to the pleasures of the evening. They deserve well of their country.” 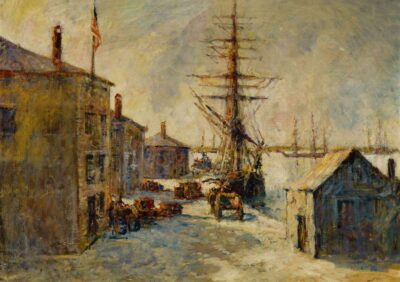 As the Salem community and the nation navigate through the current pandemic and the hard times still ahead, history can be a beacon of light during dark days and remind us that the arts can uplift and help people endure during unprecedented times. 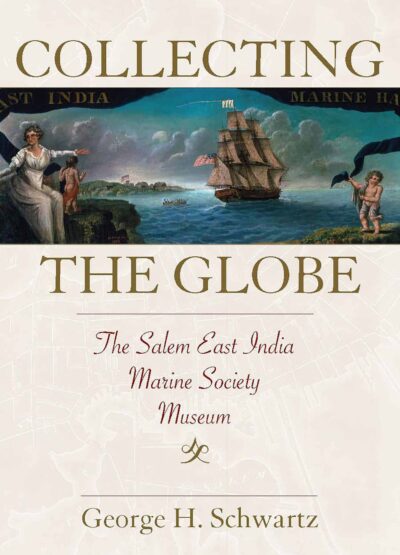 Copies of Collecting the Globe are available for purchase at PEM Shop online. All PEM Shop purchases support the museum’s education initiatives.

Editor’s Note: The museum is currently closed to the public and will reopen once public health guidance allows and safety protocols are in place. All purchased and donated memberships will activate upon the reopening of the museum. To learn more about the #WeArePEM campaign, please visit: pem.org/wearepem