A Chat with Renovation Husbands

Some married couples know better than to tackle home improvement projects together. Others dive in with abandon. For Stephen and David St. Russell, restoring and renovating their 1893 Queen Anne Victorian home in the heart of Dorchester began out of necessity, but has grown into something bigger than either one of them could have predicted.

Scroll through their Instagram @renovationhusbands and you’ll see why they have over 57,000 followers (and counting). There’s much to ooh and ahh over.

On Thursday, June 24, the two will make a trip to Salem to speak with Steven Mallory, PEM’s manager of historic structures and landscapes, in a live conversation from the museum’s Gardner-Pingree House as part of the #PEMPride programming. They will talk about their perspectives on design and their experiences turning a gutted house into a beautiful home. We recently caught up with the husband-husband team to talk about their DIY success story.

How did you two meet and get to be where you are today?

David: We met in high school and have been together since 2008. We made our move to Boston in 2011, but when rent was going up, we decided to buy our first home. We found that we loved to work together in that capacity and it evolved from there.

Stephen: In 2017, we bought the Victorian in Dorchester. We always wanted to document our DIY’s, and it felt like a great way to get started.

What’s the most rewarding part of the renovation process?

David: This weekend, for the first time in a while, we were able to host a group of friends and we had these rooms that we had created, and the home we’ve been alone in for the last year and a half felt like it was finally serving its purpose. It was like, “Oh, this is why we did all this,” because now we created a place for our friends and family to really spend time together.

What’s been the most challenging project to complete in your Dorchester home?

Stephen: I think the most challenging was probably our main bedroom suite. We took part in the One Room Challenge, in which we were featured designers and we decided to complete our main bedroom, closets and bathroom in essentially eight weeks. The most challenging part was the large shower we installed. We took a room that was bare-bones and wasn’t even a bathroom to start with, and created this awesome marble shower. We got to create something more exceptional than we had in the past. In the same token, it was also the most rewarding.

David: That project pushed us. It changed our approach to projects and really upped our game and we saw much more traction on Instagram. It was a landmark project. That was one year ago at the beginning of the pandemic. So we were also navigating whether we could go out or get to The Home Depot to buy materials.

A before-and-after look at the time-consuming marble shower the two installed.

Was there any point where you thought, “Oh God, what have we done, we are in over our heads”?

Stephen: I think when we bought this house.

David: It was just a shell when we bought it. No walls, no plumbing, no electricity. The previous owner gutted it. We had three months of renting left to get the house to something we could technically live in. So we were grilling a lot and going to the gym to shower. It was a sink-or- swim moment, so we had to get it done.

Entry with finished fireplace before and after.

What advice would you give to someone curious about starting their own renovation project?

Stephen: Keep building on your skill sets. You don’t go into this thinking you’ll renovate a whole house. Going back to our first apartment in Boston, we found we loved DIYing together because we turned an old coffee table into an ottoman. One project after another, you take on more and it stops being so scary. It doesn’t happen overnight, which is what people might assume when seeing our Instagram.

David: One of the reasons I think we’ve been able to get where we are is just being naturally curious. I think a lot of people don’t know where to start or feel overwhelmed and then never try. One of the qualities, for better or worse, I think I have is that I think I can do everything. But thinking that way, like “I can figure this out,” you’re more likely to be able to do it. You keep on adding baby tools to your box and eventually you can renovate a kitchen.

Is there any one paint color that you used that you think other people should know about?

David: Everyone has an opinion on paint color. I think what we’ve learned is that no one color fits all. It depends on your style, your setting, your lighting. We always go back to whatever makes you happy. We’ve done what makes us happy in this home. If it’s a really punchy, bright color, go for it. If it’s a soothing white, go for that too.

A bold green splashes across the walls of the Victorian parlor (one of their favorite design projects).

David: Luckily, we agree on a lot of creative direction. We’ve been together for a long time and we merged the things we like from a design perspective. Fighting is just when we’re hungry. When Stephen says, “Have you eaten?” Then I know that’s what he’s talking about.

What is it about renovating historic homes you find particularly interesting?

Stephen: When we bought the house, we had an idea to do a contemporary style in a Victorian home and play with that juxtaposition. Our first project, out of necessity, was the kitchen and we made it contemporary. But as we’ve gone on to the other rooms, the house has told us the level of mix and match we can do of traditional versus modern. We’ve leaned more toward tradition because that’s what the house has told us. And now we’re going back and re-doing our kitchen because it doesn’t look or feel correct. 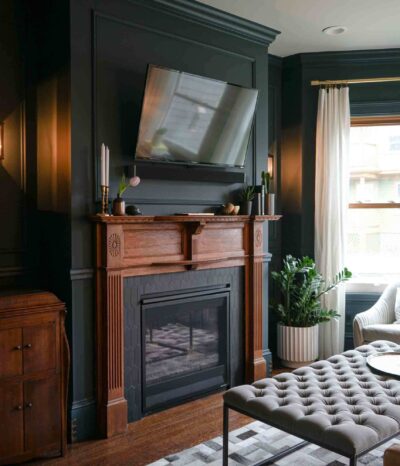 What will you guys talk about from PEM’s Gardner Pingree House?

David: People are sometimes very much purists about old homes. And then there’s the idea of returning character to your home. Everything in our home is new, but we’re trying to return some of those details and character in the design decisions. All old things were once new, they were just well made. We fall in the middle of purists and those who want to gut everything. We’ll talk about that and about historic design and historic neighborhoods.

What is the next project you’re working on?

Stephen: We completed our first floor and all the bedrooms. We’re circling back to the kitchen, and then have a couple outdoor projects. We also have a third floor that’s completely unfinished that we want to turn into an office/lounge and guest bedroom. We’ll stay busy.

What do you see yourselves doing in future?

David: We’re not huge future planners, we kind of take it as it comes. But we’re getting to this new place, and we’re getting bigger than we thought we would. There’s new types of opportunities that are beginning to present themselves. It’s all very exciting, so we’re in the navigation phase of that. 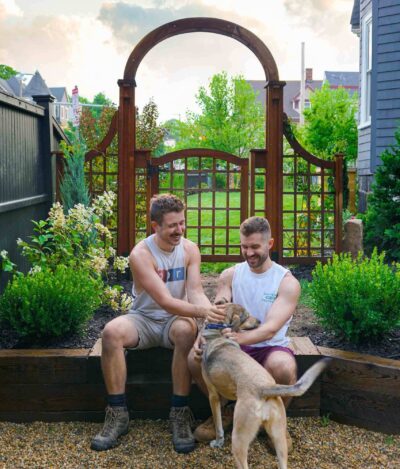 Stephen is a Virtual Preconstruction Manager and holds a BFA in Architecture from Massachusetts College of Art and Design. David is a Salesforce Consultant and holds a BS and MS in Science from Springfield College.

The #PEMPride Historic House Talk is on Thursday, June 24, at 7 pm. 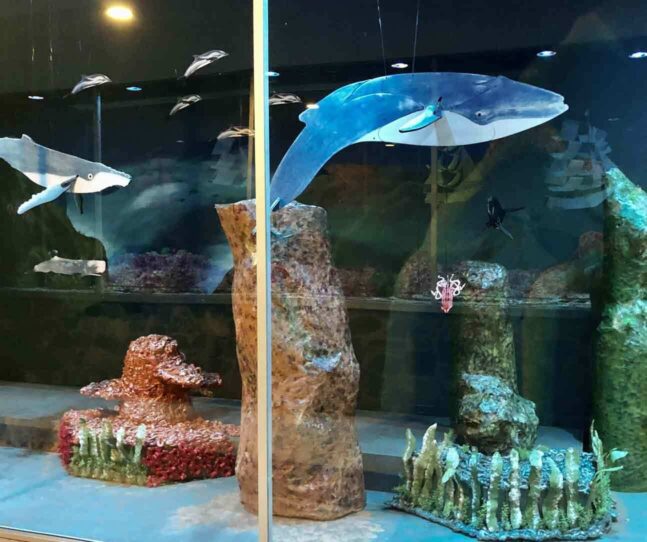 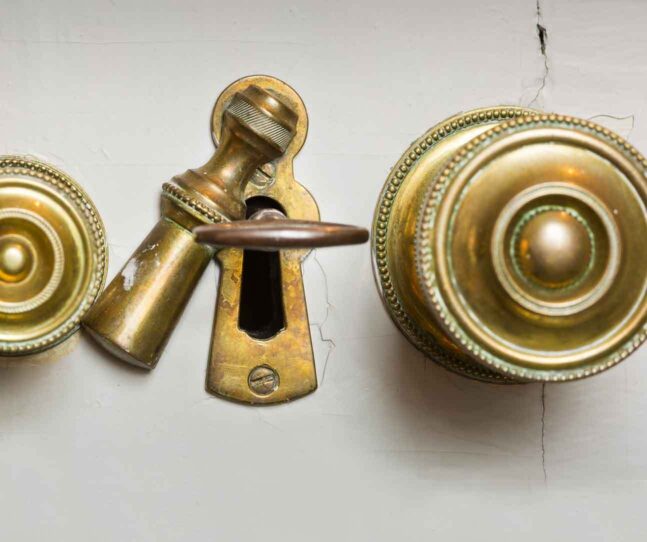 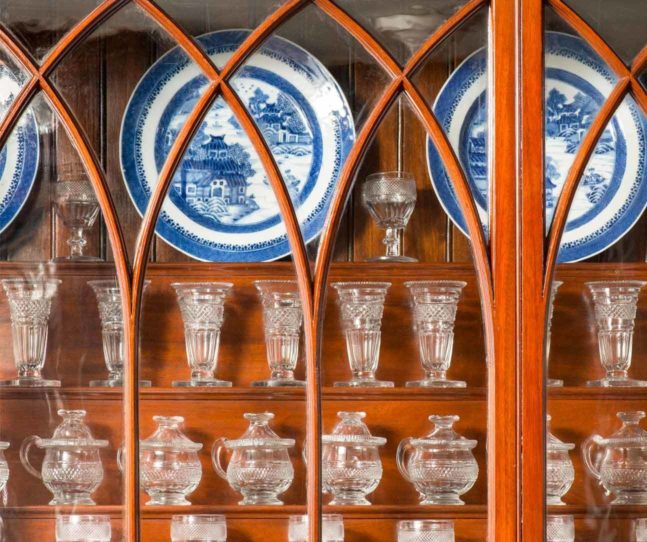