This winter’s warm embrace of sea shanties on TikTok and other social media has delighted us here at PEM. Founded in 1799 by the members of the East India Marine Society, the sea shanty craze never ends here.

David Coffin and his daughter Linnea lead a group of 1,000 people on a Facebook Live shanty singalong. Photo by Dinah Cardin.

For this episode of the PEMcast, we speak with David Coffin, a master shanty man, Artist-in-Residence with the esteemed Revels performance theater group and educator of maritime life. He lives right up the coast from Salem in Gloucester and is an 11th generation Coffin, from the whaling Coffins of Nantucket.

In February, he hosted a Facebook Live event, where nearly 1,000 people tuned in. Social media has been very good to David during the pandemic. He’s been performing concerts on Zoom and uploading videos that go viral.

A screenshot of Facebook Live singers seeking camaraderie with their cameras on. Photo by Dinah Cardin

We look into the origins of sea shanties as work songs that help sailors do grueling work at sea. These songs go back to enslaved people working in fields. David also cleared up for us that he prefers chanties over shanties, from the French word for song, chanson.

We also meet with Mary Malloy who taught sea shanties on voyages at Sea Semester out of Woods Hole, Massachusetts and has been singing them with her maritime music expert husband for 40 years.

Next, we go straight to the source and look at books of shanties, sheet music and ship’s logs in our Phillips Library with Director Dan Lipcan. We geek out on the accompanying artwork in these books and on the watercolor paintings in the logs.

Being a native of Cape Cod, Lipcan finds a song he particularly likes. 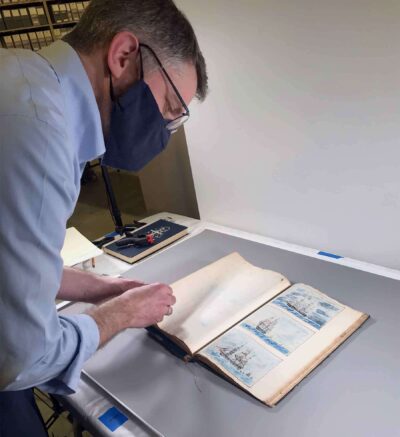 Finally, we finish off with our own Maritime Curator Dan Finamore taking us through the maritime gallery with Chef Bill Collins. Our chef friend is making a new line of maritime-themed chocolates for Harbor Sweets of Salem. The conversation included motifs like scrimshaw and sailors’ tattoos, flavors from the spice trade like cloves, cinnamon and nutmeg, as well as other things the Salem sailors would have traded like coffee and tea, madeira and rum.

Located along the harbor in Salem, Harbor Sweets was founded in 1973. Each year, close to a quarter of a million packages are sold and shipped all over the U.S. and to far-flung locations such as Switzerland and Japan. Look for the new chocolate line to be sold in the PEM Shop and online at pem.org. As well as a new stock of sea shanty books for your singing pleasure.

This episode was produced for the Peabody Essex Museum by me, Dinah Cardin. It was edited and mixed by Perry Hallinan. The PEMcast is generously supported by The George S. Parker fund. Stay tuned for Part 2 as we explore the relationship between sea shanties and the environment. We will introduce to you a current maritime exhibition at PEM, as well as one coming up this summer, plus our new climate and environment initiative. Thanks for listening. 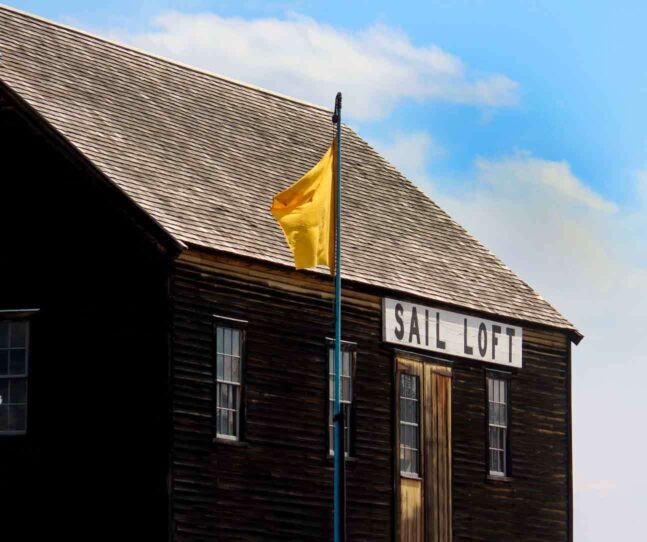 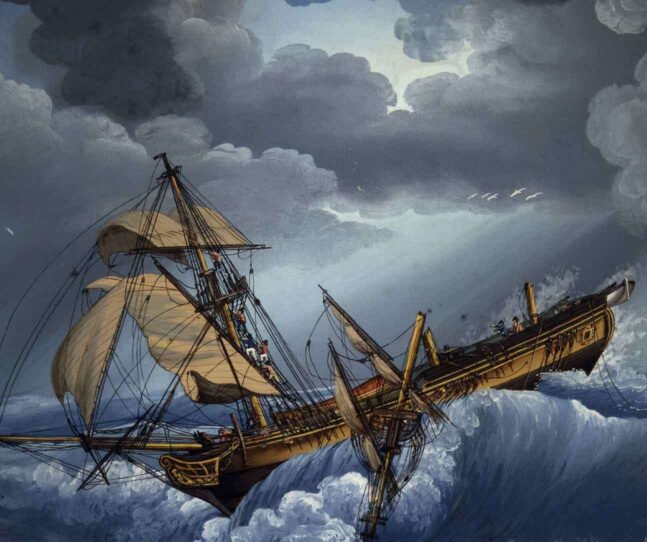 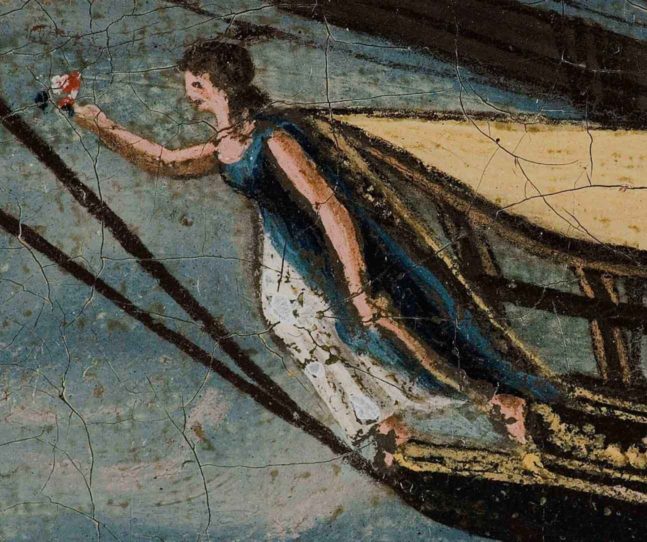