It's October, and just as the leaves are beginning to turn and the mornings grow chillier, people are once again flocking to Salem. For many, the town is synonymous with witchcraft, its allure based in its storied 17th-century past, but Salem in the 1600s was, of course, more than just searching for witches.

Before the witch trials, Salem was better known for its position as a smaller port, one that was embedded in the colonial mercantile economy of the Atlantic world. At that time, a number of colonial merchants made Salem their home, as it was well located to tap regional sources of fish, timber and farm produce and was also not far from larger Boston Harbor. The research that brought me to the Phillips Library traverses both of these histories, as it centers on a woman whose experience might alter our view of both the world of colonial merchants and the events of the Salem witch trials, even if in small ways.

It all began when I was researching at the American Antiquarian Society a year ago as a short-term fellow. I spent some of that time working with a pocket-sized volume pertaining to a general store in Boston. The book's presumed owner, Robert Gibbs, was a merchant engaged in primarily Iberian and Caribbean markets who sold imported goods out of a store in Boston. However, Robert's was not the only handwriting in this book. I came to the tentative conclusion that his wife Elizabeth Gibbs (née Sheaffe) recorded many of the accounts, not only after Robert's death, but also during his lifetime. My interest was further piqued by a note that a generous archivist had affixed to the book indicating that not long after Robert's death, Elizabeth had remarried, this time to Jonathan Corwin of Salem, who was also a merchant and a potential third contributor to the book of accounts.

On a quest to learn more about Elizabeth Gibbs Corwin and to confirm what her and Jonathan Corwin's handwriting looked like, I made my way to the Phillips Library this summer, excited to work with the Curwen Family Papers. (Note there are several spellings of the family’s name, including Corwin, Curwen and Curwin.) The collection measures 10 linear feet, which gives a sense of its breadth, and I thought maybe, if I was lucky, I might find a letter from Elizabeth or at the very least gain a sense of Jonathan Corwin's economic ventures. 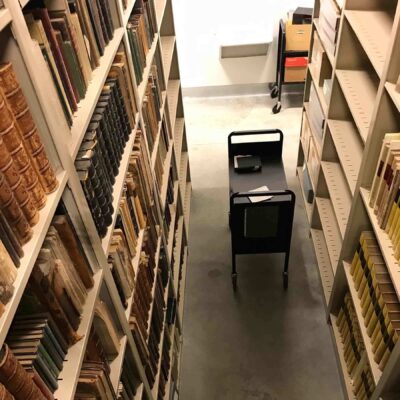 Fortunately, the Phillips Library exceeded my expectations, and I found a wealth of information about both Jonathan and Elizabeth Corwin, their children and their mercantile economy. Among my findings was plenty of evidence of how the Corwin's family economy functioned and of Jonathan and Elizabeth's collaborative efforts to manage their extensive economic undertakings. 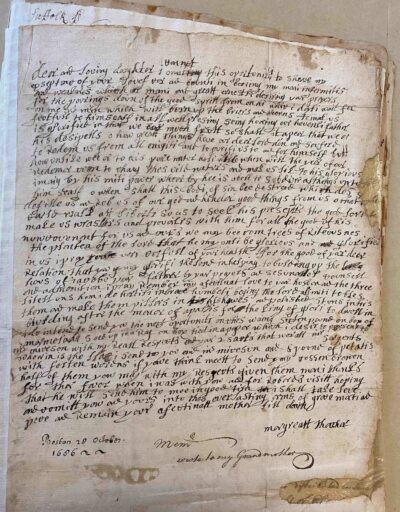 Account books in which both Elizabeth and Jonathan wrote are an excellent example of this, alongside letters and miscellaneous writings by the couple. I even gained a better sense of how Elizabeth and her first husband, Robert Gibbs, had managed their marital economy, given several of the papers touched on debts and property holdings in Robert's name. By taking heed of Elizabeth's role in both of her husbands' business affairs, I gained not only a better understanding of women's economic activities, but also of the ways in which married couples managed their shared marital economies.

While my interest was primarily in Jonathan Corwin's role as a merchant, most know him for his role as a judge in the Salem witch trials. Taking a look at Jonathan and Elizabeth's shared accounts from 1692 offers a view of how they juggled management of their shop and relationships with clients as Jonathan was busy examining and eventually sentencing locals accused of witchcraft.

The 17th-century Jonathan Corwin House, which belonged to one of the magistrates in the Salem witch trials. Later became known as the Witch House. Photo by Kathy Tarantola/PEM.

My research also may provide further insight into the accusations of witchcraft against Elizabeth's mother, Margaret Sheaffe Thatcher, which were notably dropped. Scholars have suggested this may have had something to do with Margaret being Jonathan's mother-in-law, and a closer evaluation of Margaret's relationship with Elizabeth and Jonathan supports this theory, giving an even fuller sense of the financial and emotional stakes of that dismissal.

Scholarship on the witch trials has been a beacon of social historical methods, offering a wealth of information about the local relationships and conflicts that fueled that particular maelstrom. My own project only briefly touches on the Salem witch trials, but it leans heavily on this methodology of taking a microscope to the everyday lives of 17th-century colonists.

The collections at the Phillips Library were critical to my ongoing attempts to piece together this 17th-century world and to better understand the daily experiences of women like Elizabeth Gibbs Corwin.

To hear more about Caylin Carbonell’s research at the Phillips Library, see below for her virtual library presentation and Q&A which was held on Thursday, October 22.

Caylin Carbonell is the Phillips Library's 2020 Frances E. Malamy Research Fellow. Over the summer, she conducted research to turn her dissertation Fraught Labor, Fragile Authority: Households in Motion in Early New England, into a monograph. Her dissertation challenges the typical image of the colonial economy, one ruled by propertied white men whose authority over their households was the guiding force of economic production. By demonstrating the diverse membership of colonial-era households — and the extent to which members imagined as ‘dependents’ in fact exercised a good deal of power within them — Carbonell centers the Native, African and Anglo-American people who labored across early New England households and shaped the economy through both their engagement with and resistance to household strategies.

In this virtual presentation, Carbonell discusses how a “mystery” while researching at another institution led her to the collections at the Phillips Library, and how her time at the library helped her “solve” the mystery. This event is hosted by Jennifer Hornsby, Reference and Access Services Librarian at the Phillips Library. 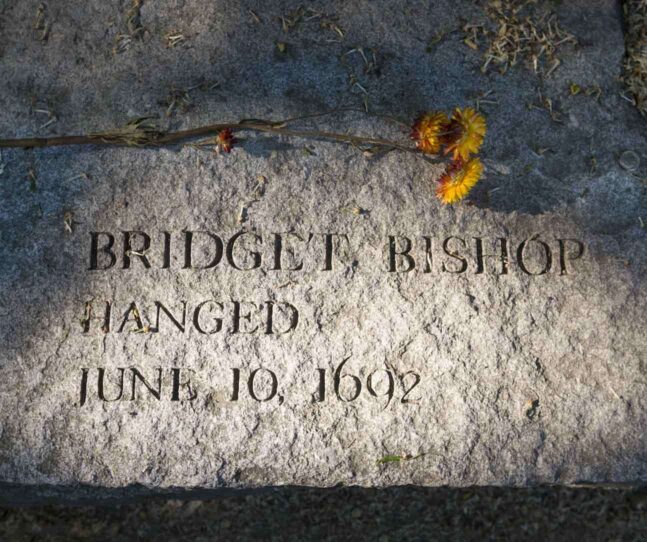 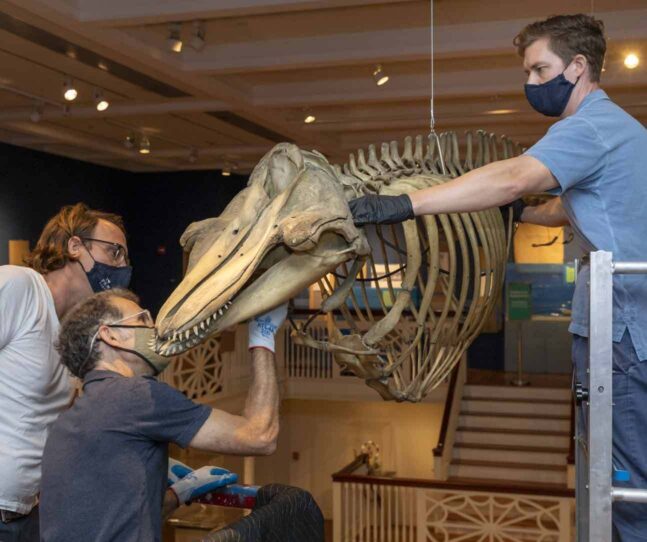